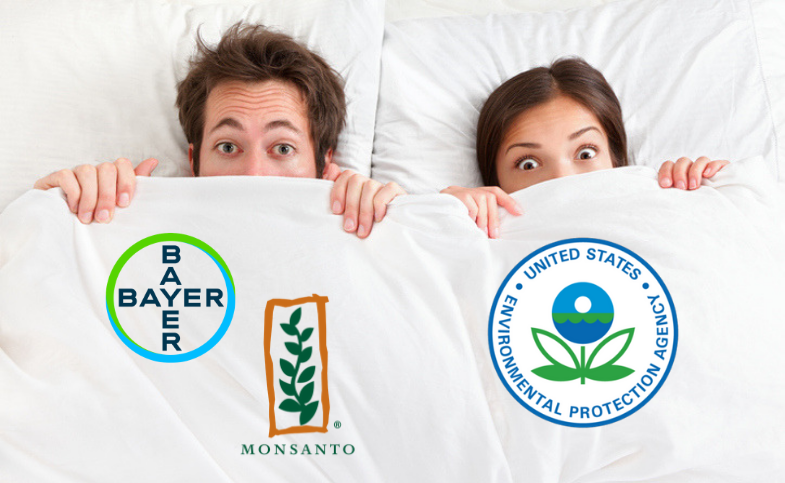 Focus for Health has been censored from giving health advice (as seen in this article we published last week) because we’re not experts, but what about corporations? With influence over the government, media, and science, corporations can pump out the information they want consumers to see without being experts on the topic at all. Usually corporations don’t take a hit for their often misleading campaigns, but our health certainly does. Class action lawsuits have been filed against companies like Monsanto, the tobacco industry, Exxon, General Mills, McDonalds, and many others, regarding serious health issues associated with their products.

If some of these products are so unsafe, and if corporations are aware of the risks associated with the products, how exactly do corporations convince the public otherwise?

When a company fears an aspect of their product will be perceived negatively by the public, rather than attempting to fix the problem they often find ways to shift attention. For example, many articles have been published asserting that we shouldn’t consume too much sugar in our diets. One bottle of Coca-Cola has 65 grams of sugar, which is as much sugar as six Krispy Kreme donuts, and twice as much as is recommended for daily intake. Up until 2016, Coca-Cola donated millions of dollars to several organizations working to promote exercise as a means of tackling the national obesity epidemic rather than healthy eating. One of these organizations even helped shape obesity policy in China, incorporating more exercise programs and less diet programs into the government’s policy. Adding confusion to the science available is a common tactic among corporations.

On top of that, Coca-Cola funds research at several academic institutions, with the provisions that they have a right to stop studies and keep data from the public as their intellectual property. Coca-Cola and Pepsi donate to over 96 health organizations, many of which promote their agendas and continue to shift the blame off sugar and onto lack of exercise.

Some might think that the solution is academic science; university institutions conduct unbiased research, right? Think again! Many universities take donations from large corporations to fund research studies based on the interest of companies. Purdue Pharmaceuticals is the notorious company responsible for the production of OxyContin, a product that has fueled the opioid crisis for the last two decades. Thousands of Americans have become addicted to opioids due to Purdue’s misinformation and biased research projects. In 2017, approximately 70,000 people died from drug overdoses, and the U.S. government declared the opioid crisis as a public health emergency.

The Sackler family owns Purdue Pharmaceuticals and also funds numerous prestigious academic institutions, including NYU, Harvard, Columbia, and Tufts. The Sackler School of Graduate Biomedical Sciences at Tufts even has a pain program dedicated to reducing the pain of patients. This program allowed a professor who claimed that OxyContin was non-addictive to lecture in their program. In 2013, Tufts bestowed an honorary degree to Raymond Sackler.  The close ties between corporations and universities have the potential to influence the outcome of the research, so it’s always important to check the conflicts of interest at the end of scientific papers.

Corporations also have a tight hold on American Democracy, pouring billions of dollars into lobbying politicians every year. Bayer, the parent company of Monsanto, is an agrochemical and agricultural company that controls 93% of U.S. soybeans and 80% of U.S. corn, many of which are genetically modified organisms (GMO). Monsanto produces a popular herbicide called RoundUp, and the active ingredient (glyphosate) is strongly associated with certain types of cancer. In fact, Monsanto was aware that glyphosate was a probable carcinogen long before other studies were published, and intentionally tried to hide this from the public with a combination of ghostwriting and lobbying. In the context of corporations, ghostwriting occurs when authors who are unnamed (in this case, scientists from those companies) contribute significantly to a scientific paper without being acknowledged. The authors listed on these papers are usually well-respected faculty that may not have contributed very much to the paper.

Ghostwriting has been haunting the scientific literature for years, adding confusion to science. So where was the government in all of this? Oddly enough, when the government was made aware of these outcomes, many members of Congress threatened funding for the International Agency for Research on Cancer when they tried to highlight the health risks of glyphosate. Monsanto has hundreds of ties with all branches of government, specifically the EPA. Clarence Thomas served as a lawyer for Monsanto and is now one of the nine justices on the Supreme Court that influences the most important decisions in our country.

Even worse is the revolving door concept: 83 out of 92 Bayer AG lobbyists previously held government jobs. With the promise of a well-paying job, government officials continue to honor the requests of Bayer AG, despite numerous scientific papers emphasizing the serious health outcomes associated with some of their products. Additionally, new studies are showing that RoundUp is most likely responsible for the deaths of millions of honeybees across the country.

Unfortunately, the responsibility now lies with consumers to think critically about the information we are presented with. Even though we are not experts, it is our job to dig deeper in order to understand the biases that exist in some research and ad campaigns.

Next time you read a research article or headline, make sure to read the conflicts of interest, and even check to see where the funding for the research comes from. Corporate-spun science should not be guiding policy because, time and time again, corporations have prioritized profit over the health of our nation.