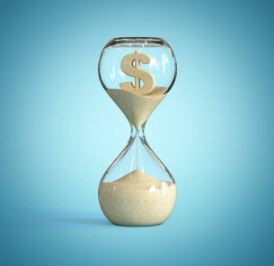 Time is one of humanity’s most precious resources, but for many Americans, lost time is an unfortunate cost of living in poverty. A 2014 study by Harvard and Berkeley researchers found that commutes lasting 15 minutes or less had a greater impact on intergenerational mobility than any other enviro factor, including crime and/or single-parent status. The theory is based on the idea that time spent commuting, for those in poverty, reduces hours needed for activities like continued education, professional networking, and personal care.

Jamie Spinney and Hugh Millward, two researchers, argue that “time poverty may be more important than income poverty as a barrier to regular physical activity.” A similar dynamic exists with time, diet, and overall health. Their research suggests that 5% of deaths in the U.S. can be directly attributed to time poverty. Failure to understand the intersection of time, health, and poverty can lead outsiders to the false conclusion that people living in poverty are to blame for their situation.

We’ve profiled a single mother to show how time poverty impacts the health of millions of Americans every day…Meet Stephanie. 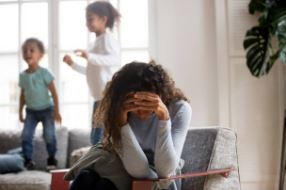 Stephanie still shudders at loud noises. Raised voices, a broken dish, a slamming door brings back memories of her abusive ex-husband. She can only imagine the silent terror her 8- and 10-year-old daughters feel at the same triggers. She broke free and set up a new life for them over two counties away, where she could afford a modest 1-bedroom apartment. She converts the living room couch to her bed each night after tucking in the children. She found a good job with a municipal office that provides her with health insurance, but it’s over 70 minutes away. She can’t afford to live where she works. The same type of apartment costs twice as much. But she needs the benefits, even if the take-home pay just barely keeps a roof over their head and food on the table. 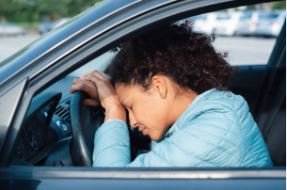 6:00 am: Stephanie wakes the kids and gets their breakfast ready with her WIC-subsidized groceries. They need to leave by 7:15 so she can drop the girls off with a friend across town who kindly offered to put them on the bus with her own children. It’s in the opposite direction of where she must go, but it saves her the cost of early morning daycare or a babysitter.

7:30 – 9:00 am: On paper, Stephanie’s commute to work should take a little over an hour, but traffic usually bogs down the process.

9:00 am – 6:15 pm: Her day is consumed with her job duties. She picks up her kids from after care by 6:15 pm, quickly feeds them dinner, and takes them to their girl scout meeting or other extracurricular activity, depending on the day.

Fact: One in nine of American workers are earning poverty wages, even though they work full-time.  Many single parents work jobs with low wages, little flexibility, and no employment protections.

6:15 – 7:30 pm: In between dinner and homework, Stephanie realizes she doesn’t have enough milk for tomorrow. She also needs gas in the car. The doctor told her that she needs to exercise to manage her diabetes, but food and gas are priorities, so exercising won’t happen tonight. 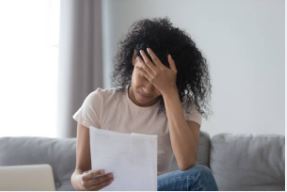 7:30 – 9:30 pm: Stephanie gets the essentials for the next day, gets her children showered and tucked into bed and mentally takes stock of her next steps. She needs to pay bills, which will leave just enough money for groceries and gas for the next week until she gets paid again. Stephanie has picked up an extra job waitressing on Saturdays. After she pays the babysitter, it’s just enough to put a small amount into savings—her car is a ticking time bomb and needs to be replaced. No car = No job.

By the time Stephanie is finished with her day, she is exhausted. Having time to do more for her health and be more present for her children is a luxury she can’t afford. It’s not always lack of money that keeps her down (though that’s a large part), it’s the lack of time and constant running that barricades her from success, saps her motivation, and robs her potential.

Time Poverty disproportionately affects women, who spend 4.5 or more hours on the behind-the-scenes, unpaid work of managing the household (groceries, laundry, cooking, etc.). Men will spend on average 2.5 hours on the same type of unpaid activities.  Women are twice as likely to suffer from depression and sleep disorders than their male counterparts. While correlation does not equate causation, most experts agree that discretionary time for self-care and leisure activities are associated with better long-term health outcomes.

All around the world, women are doing more unpaid work than men… 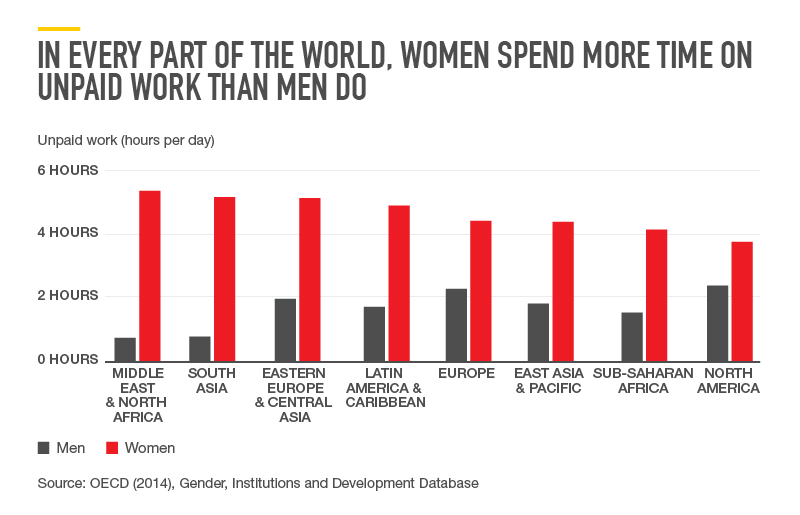 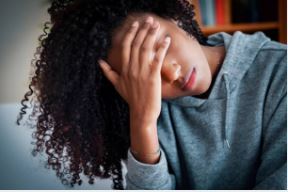 Many decisions that people living in poverty make every day have serious consequences. When you’re faced with crucial decisions on a daily basis that affect your ability to eat, go to the doctor, or pay your electric bill, the overwhelming stress and pressure to make the right choice has a mental cost. The process of making poorer decisions when stressed and fatigued is referred to as “Depletion.”

The realities of the intersection between financial poverty and time are devastating to the “pull yourself up by the bootstrap” narrative so frequently offered as a condescending solution to poverty. Yet, we’ve let this faulty narrative dictate our public policy around social programs. The reality is we have collectively made little progress in our understanding of the factors that keep the poor living in a cycle of poverty, and we have done very little to improve their conditions. Understanding the role that time plays in the lives of those struggling to stay afloat is critical to the conversation.