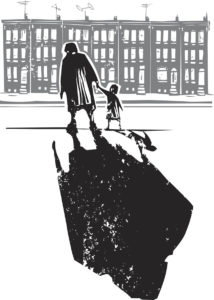 Children living in poverty are at risk for poor outcomes in health, development, and lower academic achievements, and these negative effects can last a lifetime. Poverty in the United States is defined as family income below levels of income needed to cover basic needs as determined by the US Census Bureau.

For a family of four with two children under the age of 18, the poverty threshold set for 2019 is $24,600. The official US poverty rate based on 2017 estimates was 12.3 percent, which means 39.7 million Americans lived in poverty that year. Even worse, 18.5 million people reported living in deep poverty, with household incomeS below 50 percent of poverty level, and, sadly, this group generally reflects those who are disabled, elderly, or people who cannot work.

The US poverty level is by far much higher than most developed nations, ranking second-highest among rich countries, coming in second after Israel. For US children overall, roughly 20 percent are living in poverty. But, for black and Hispanic American children, the poverty rate exceeds 30 percent and in 33 states, their poverty level is twice that of their white peers. 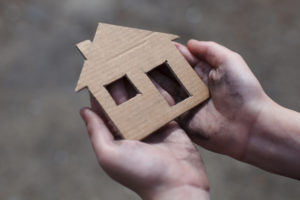 Social determinants of health (SDH), or the places people live, work, and play, all have a strong influence on the trajectory of one’s life course.  For children living in need, it isn’t only a matter of the obvious effects of poverty, such as food scarcity or poor living conditions, that have negative consequences.  Other factors that are less visible on the outside, like toxic stress as a result of the conditions of poverty and lead in drinking water, have long-term effects on health as well.

“Income and economic inequality are important factors in a wide range of social and health outcomes. One meta-analysis suggests that one-third of all deaths in the United States can be linked to inequality.”

In addition, while violence affects all socioeconomic groups, poor youth live with increased exposure to violence, which also leads to detrimental outcomes. A recent study looking at family income inequalities and violence in young adults found childhood poverty to be associated with elevated risks of self-directed and externalized violence. The roots of poverty are undeniably strong, as these early childhood disadvantages lead to poor health outcomes in adulthood, regardless of financial status as an adult. 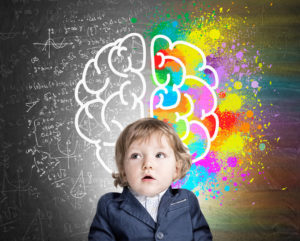 The most important developmental period is the early childhood period as the brain is developing rapidly, and is easily influenced by conditions of poverty. This formative, developmental phase includes physical, social/emotional, and language/cognitive development, all of which are influential on wellbeing throughout life. Children living in poverty early in life have poorer outcomes than adolescents who experience poverty later in life. Studies show that chronic stress can alter a young child’s early brain development, leading to permanent changes in the structure and function of the brain, thereby having negative consequences on learning, behavior, and health.

Interestingly, in this study, researchers found poverty to be associated with smaller white and cortical grey matter and decreased volumes in the hippocampus and amygdala. These brain structures are directly involved in stress regulation and emotional processing.

Childhood poverty has long lasting consequences on mental health as the impact of chronic stress can result in anxiety and behavioral disorders as well as impairing memory, making it more challenging to learn.  Researchers found children from low-income communities had increased cortisol levels at ages 7 and 15 months, resulting in poorer cognitive development. In fact, children living below the poverty line have been shown to experience developmental delays up to 2-4 years below grade level, and are more likely to remain poor and uneducated as an adult. 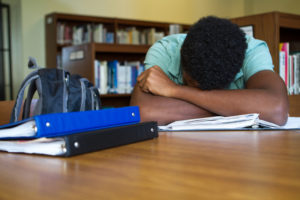 Nearly 30% of children who are poor do not graduate high school. Even worse, the gap widens when it comes to college. A report by the Urban Institute found only 23 percent of children who were poor for half of their childhood enrolled in post-secondary education by age 25, and only 3 percent who were persistently poor completed college.

Growing up poor has serious health consequences beyond the impact on neurodevelopment. It is well known that people living in poverty have disproportionately worse health outcomes than those who do not and the effects of poverty can begin before a child is born and are likely to last a lifetime. 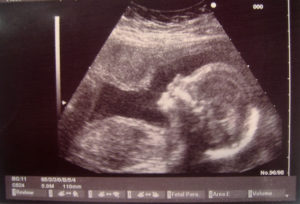 Beginning in utero, the baby’s environment can be affected by a mother’s psycho-social circumstances. The effects of poverty on a pregnant mother can result in chronic distress, which may slow fetal growth rate and increase the risk of prematurity.

Poor maternal nutrition and smoking during pregnancy are two common risk factors for low birth weight, which is associated with poor developmental outcomes. Babies born prematurely or with low birth weight have a greater incidence of failure to thrive, developmental issues, and increased risk of dying in their first year of life. 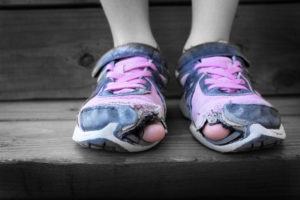 Children living in poverty are more likely to develop chronic illnesses, including asthma and obesity. In fact, a study analyzing race/ethnicity and socioeconomic status (SES) and its relationship to obesity found that low-income was highly associated with obesity and the effect of race/ethnicity was not statistically significant.

Essentially, poverty, regardless of race, was a stronger predictor of obesity. The authors presume that children living in poor communities lack access to parks and safe public places where they can play outdoors, limiting their opportunities for exercise.

Additionally, families with limited resources have less access to healthy, fresh, whole food, and are likely to purchase less expensive options like processed, packaged, and even fast foods. The effects of unhealthy eating and the stress of poverty increases risks of obesity, hypertension, and diabetes, ultimately increasing the risk of heart disease as an adult.

“There’s a 70 percent chance that an overweight adolescent will remain overweight or obese as an adult. In the short run, obesity can lead to cardiovascular risk factors such as high blood pressure, high cholesterol, and abnormal glucose tolerance or diabetes.”

The US Dept of Agriculture reports that 11.8 percent of American households were food insecure at some point in 2017. Food insecurity refers to a lack of access to nutritional food for a healthy, active life for all household members, and in severe cases, reduced food intake or disrupted eating patterns due to a lack of money or resources to obtain food. In 2017, more than 12 million children experienced food insecurity. 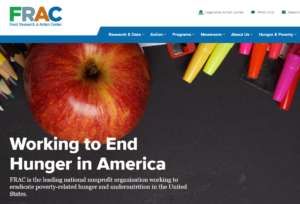 While Americans from all income groups fail to consume diets that meet dietary guidelines, some of the costliest health and social emotional problems in the US are associated with food insecurity. A report by the Food Research & Action Center indicates that asthma, birth defects, low birth weight, and behavior problems are just a few health outcomes associated with food insecurity.

According to the report, children who live with food insecurity are likely to be sick more often, miss more school, and are hospitalized more frequently. In adulthood, chronic diseases can manifest as coronary heart disease, cancer, arthritis, and even stroke as a result of food insecurity.

“In early childhood, deficiencies of key micronutrients during the vulnerable period of development from birth to 24 months can lead to delays in attention and motor development, poor short-term memory, and lower IQ scores. School-aged children can face immediate and lifelong educational, health, and behavioral problems as a result of hunger.

This indicates a greater need to understand the fundamental issues driving food selection other than the typical presumption of economic contributors such as food deserts. 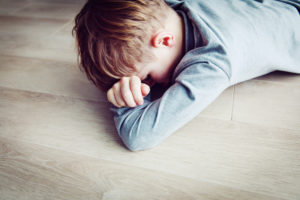 Living in conditions of poverty exposes children to prolonged stress, thereby increasing the production of stress hormones. With prolonged or toxic stress, cortisol levels remain high and can wreak havoc on a child’s organs, body, and brain. Typically, cortisol production is necessary as the body regulates its response to stress, however, with toxic stress, this physiological arousal becomes maladaptive and harmful to the body.

Growing up poor increases the likelihood and the number of Adverse Child Experiences (ACEs), which are events considered to be traumatic. Significant research has been conducted on ACEs that showS the lasting effects of these events, which can include witnessing domestic violence, the incarceration of a parent, and even divorce. The more ACE’s a child has, the greater risk they have for health and economic problems as adults.

The social and cultural theories around poverty and its solutions have long been debated. Where there isn’t any question is in the long-term consequences of poverty, not only for an individual, but for generations to come. Both economic and health outcomes in adults impacted by poverty makes this a large-scale social issue, especially since the US has the highest child poverty rates of most developed nations. 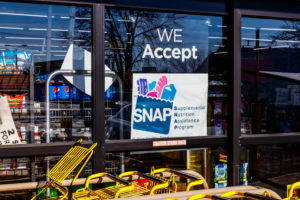 Often, government anti-poverty programs are vilified and perceived as ineffective, however, a recent study confirms that the success of some programs, such as Social Security, Temporary Assistance for Needy Families (TANF), SNAP (Food Stamps), and the Earned Income Tax Credit, not only help reduce deep poverty but have been materially underestimated.

On another level, the US government continues to debate long standing contributing issues such as minimum wage and access to education and healthcare.  In 2017, The US Census Bureau indicated the percentage of uninsured children in poverty under the age of 19 was 7.8 percent. Unfortunately, lack of affordability is the main reason people lack access to healthcare and there is ongoing debate around the mechanisms to which subsidies should be offered by the government.

While the government sorts out its potential solutions to poverty, there are evidenced-based ways in which some of the consequences of those circumstances can be mitigated. Interestingly, researchers found that caregiver nurturance can mediate the effects of poverty on brain development, specifically the hippocampus, independent of income.

Living in a situation of constant worry about having the most basic needs being met, like having food on the table, an adequate home, or purchasing needed medication, makes it that much more challenging to be available physically and emotionally to meet a child’s needs. The authors suggest that caregiver training for this high-risk group facing psychosocial stressors should be a target for preventive interventions. 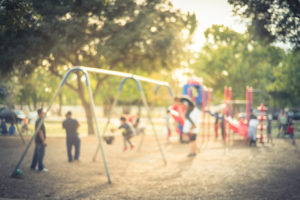 Programs that create supermarkets with healthful options including farmers markets, and providing safe places for children to play in low-income communities, can promote better nutrition and increase exercise potentially reducing obesity and the consequences of poor diet and inactivity.

Programs that focus on critical periods of development and the prevention of environmentally mediated Adverse Childhood Experiences can help high-risk families develop resilience. Evidence-based clinical treatments which address parenting and resilience for both the parent and child who experience trauma and adversity can improve cognitive capacity, healthy attachment relationships, and the ability to regulate emotions and behavior.

Ultimately, mitigating the consequences of poverty on health will require a comprehensive and collaborative effort between government, health care providers, and communities, in order to support positive health outcomes for those who are living in the long-term, vicious cycle of poverty.