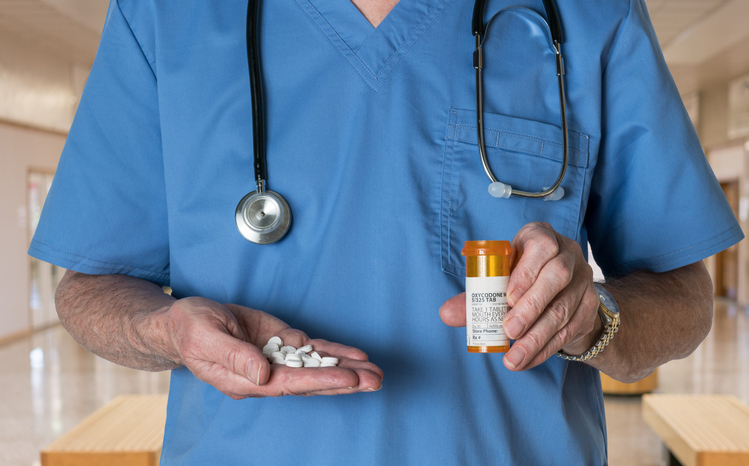 Opioids are a class of drugs that range from illegal drugs, such as heroin and fentanyl, to legally prescribed pain relievers such as oxycodone, codeine, and morphine. There is a full-scale acknowledgement that Americans are amid an Opioid Epidemic, which has given rise to health campaigns launched to combat this growing problem.

It is encouraging to see the government taking a therapeutic approach to this drug crisis by looking towards alternative solutions to address the problem outside of the criminal justice system.

The War on Drugs 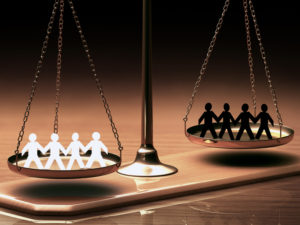 This approach hasn’t always been the case. When faced with the crack epidemic in the 1980’s, the “War on Drugs” focused on increasing law enforcement personnel and expanding prison capacity. The disease model of addiction, widely held by the medical communities for nearly three decades, states that addicts are more adequately served by treatment than imprisonment.

With opioid deaths disproportionately high among whites (80% of opioid overdose deaths in 2017), drug addiction and overdose risks are no longer problems just for poor minorities. Perhaps, not coincidentally, the approach to addressing the problem has changed.

At a launch party in the 1990’s, a member of the Sackler family, who owns OxyContin maker Purdue Pharma, told people that OxyContin would result in a prescription blizzard that would be “deep, dense and white”. In 2017, the US Department of Health and Human Services declared opioid addiction a public health emergency. 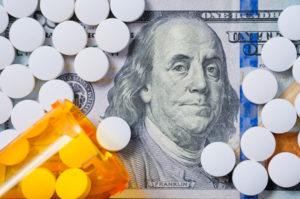 When Purdue Pharma introduced OxyContin in 1996, it was aggressively marketed and highly promoted. Sales grew from $48 million to almost $1.1 billion in 2000. Much of the success of OxyContin was because Purdue falsely claimed that the risk of addiction from OxyContin was extremely small, less than 1 %.

Doctors began to widely prescribe, expanding the availability of OxyContin, and by 2004 OxyContin had become a leading drug of abuse in the United States. Individuals with better health insurance and access to physicians willing to prescribe opioids, white people, became the predominate users, and abusers, of this drug.

Recreational Use vs. Arrest Rates

While recreational opioid use increased in white communities, the arrest rate for sale or possession of these drugs was one-quarter the rate of street drugs, like heroin or cocaine, even though the abuse of opioids far exceeded the abuse of heroin.

The Substance Abuse and Mental Health Services Administration (SAMHSA) conducts the annual National Survey on Drug Use and Health (NSDUH), a major source of information on substance use, abuse, and dependence among Americans 12 years and older. The 2012 report indicated there are 3.7 times as many people using illicit prescription opioids than heroin.

White people addicted to drugs are perceived as victims in need of treatment.  Black people addicted to drugs are perceived as criminals who are sent to jail. In Black and Hispanic communities, where many drug addicts were incarcerated or treated at methadone clinics, the suburbs saw take-back programs for unused medication, Good Samaritan Laws, naloxone availability with Emergency Medical Service, and office-based opioid maintenance programs with buprenorphine. In general, concern for opioid addiction and overdoses, the vast majority among white people, shifted the US drug policy away from criminalization, to a public health concern.

Treat Addiction as a Medical Issue 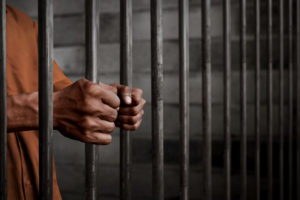 Most health professionals agree that addicts are more successful when treated in therapeutic environments and that incarceration does little to reduce future drug use. The strategies that emerged to reduce overdose risk in the suburbs, naloxone for overdose reversal, and medication- assisted treatments, such as buprenorphine, naltrexone, to address relapse prevention, must be made available in all communities. Both types of intervention reestablish addiction as a medical issue and help to reduce the stigma addiction has historically carried.

The stigma of an arrest and past jail time is another barrier that addicts, disproportionately people of color, must face. Decriminalizing personal possession of drugs and expunging the arrest records of those harmed by past punitive drug policies would be a good first step at leveling the field. If the Sackler family can make an estimated 13 billion dollars off OxyContin sales and not be held criminally liable for pushing drugs that were known to be addictive, despite the number of deaths directly associated with their product, certainly we can offer the same opportunity to others. 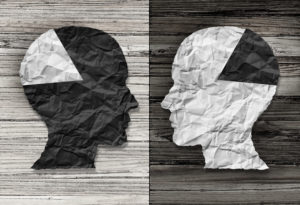 Addiction is a devasting disease from which no racial, gender, or socio-economic group is immune. Addiction ruins the lives of individuals and families every day, and it is equally as tragic regardless of what color you are, where you live, or whether you get your fix from a dealer or a physician. The epidemiological shift in addiction patterns for opioids toward predominantly white people has produced a significant positive side effect in that addiction is now being treated as a public health concern. This ensures the best outcomes for all those in need of help.

It is critical that we shed light on the bias that prevented these changes from occurring earlier, to ensure that all individuals, regardless of their racial or economic situation, have access to treatment services that are effective and treat the addict with respect. Equitable access to the addiction interventions that promote better health outcomes and decrease stigmatization, serve to forge a stronger society.