Today, more than 115 Americans die every day after overdosing on opioids. Opioid overdose has become a public health crisis with devastating consequences, including an increase in opioid misuse and increases in infectious diseases like HIV and hepatitis C. While president Trump declared the opioid epidemic a public health emergency in late October 2017, an ambiguous federal law called Drug Addiction Treatment Act of 2000 (DATA 2000) still blocks the vast majority of ER physicians from prescribing the most effective treatment for opioid addiction. 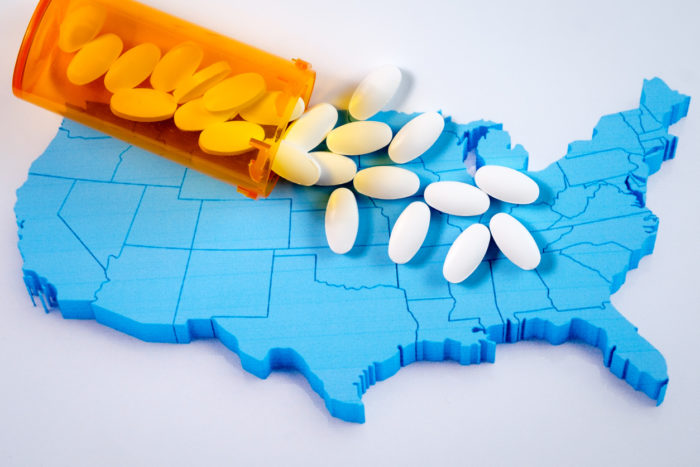 Because of this law, 99% of all ER physicians cannot currently write a prescription for buprenorphine, the most successful medication for patients addicted to opioids. Buprenorphine works by staving off drug cravings and helps patients start their journey to recovery without giving them the same high as other opioid drugs. It reduces withdrawal symptoms caused by quitting these drugs. It is different from other opioids in that it is a partial opioid agonist. This property allows for less euphoria and physical dependence, lower potential for misuse, and it has a relatively mild withdrawal profile. At the appropriate dose, it suppresses symptoms of opioid withdrawal, reduces illicit opioid use, and helps patients stay in treatment. Additionally, buprenorphine lowers medical costs by preventing the need for expensive in-patient treatments or emergency room visits. It has been used effectively in opioid-dependent pregnant women and adolescents.

In 2002, Congress passed DATA 2000 which mandated that physicians take an eight-hour course and pay a fee to obtain a special DEA X waiver before being allowed to prescribe buprenorphine. The law’s intent was to initially limit the number of physicians who could prescribe addiction treatment in their practice amid concerns the drug would be abused in place of illicit opioids. Several studies have since concluded that the risk of buprenorphine abuse is relatively low, especially in its most common formulation Suboxone, which contains buprenorphine and naloxone.

Data collected from clinical research shows that buprenorphine works. A one-year placebo-controlled trial aimed at assessing the efficacy of buprenorphine showed that 75% of patients started and maintained buprenorphine and remained in recovery treatment for the entire study period. In the comparison group where participants were not maintained on the drug, all the patients dropped out of the study and relapsed within two months. 20% of patients in the group who did not receive the drug died within the year. In the early 1990s, France struggled with a heroin crisis and had restrictions on who could prescribe buprenorphine, but in 1995 France enacted a law that eliminated the barriers that were preventing doctors from prescribing buprenorphine. By the early 2000s, fatal opiate overdose had fallen by 80%.

Last week Massachusetts General Hospital (MGH) became the first emergency department in Massachusetts to offer buprenorphine to patients with an opioid use disorder. At least one doctor, trained in the protocol that guides patients through medication-assisted treatment (MAT), will be available in the emergency department 24/7. This is a profound shift for an emergency department after decades of offering little more than a list of detox programs and phone numbers to patients. Medication-assisted treatments with buprenorphine medication significantly increases engagement in addiction treatments and lowers withdrawal symptoms. To expand access to medication-assisted treatments like these, policy makers should ensure sufficient and ongoing availability of state and federal funding. Additionally, private and public insurers should cover all FDA-approved medications and behavioral health services.

Despite the efficacy of Suboxone (buprenorphine-naloxone) for the treatment of opioid use disorders (OUD), DATA 2000 only permits “qualifying physicians” to prescribe it.

Allowing mid-level providers like physician assistants and nurse practitioners to prescribe Suboxone (buprenorphine-naloxone) could help improve access to effective opioid medication especially in rural areas with few or no physicians.

Amendments should be made to DATA 2000 to allow more physicians to be certified to prescribe Suboxone to more patients.