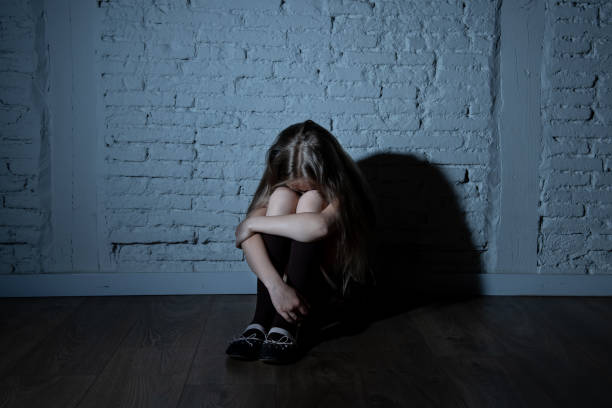 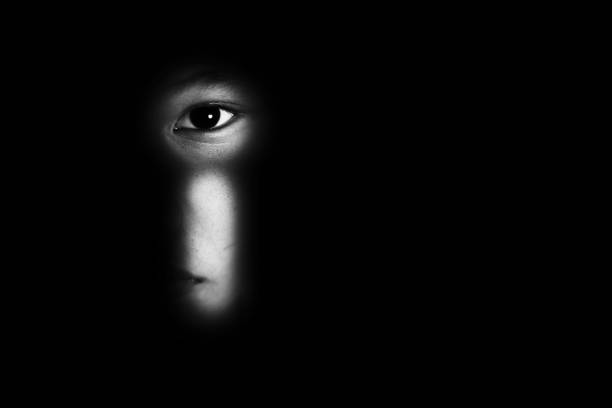 More than half of child sex trafficking victims recovered through FBI raids across the U.S. in 2013 were from foster care or group homes. This statistic brings to light the failure of the system to address the recurring sexual exploitation of minors while in their protection. Predators immediately recognize that children in foster care are especially accessible to them, because the adults charged with protecting them are not doing so.

The foster care system plays a significant role in the growing epidemic of reported institutional sexual abuse of minors. A report completed by the New Jersey Office of Child Advocacy included a study that demonstrated the relationship of the perpetrator of abuse to the victim. Of the child cases studied, 37.4% of perpetrators were institution staff, 36.5% were foster parents, and 20% where relatives of the victim. The results beg the question: is there a higher risk of sexual abuse in an institutional setting then in an abusive home environment provided by a relative?

The Adoption and Foster Care Analysis and Reporting System (AFCARS) reported that in 2017, more than 669,00 minors were served in the US foster care system. Many states have been found guilty of failing to protect foster children in their care, specifically by failing to respond to allegations of sexual abuse and have paid out huge cash settlements to victims.

Racial Disparities exist at every level of the child welfare system. A report on African American Children in the foster care system provided by the Government Accountability Office (GAO),  states that in 2004, African American children represented more than one-third of children in foster care in America, despite accounting for only 15% of the entire child population. Women of color are more likely to be reported to the child abuse hotline and investigated for child abuse and neglect. They are the group with the highest number of substantiated cases, and as a result, are at the greatest likelihood to have their children removed from their care.

In many states neglect is defined almost exclusively by the ability to provide for the child financially; homelessness as the result of non-payment of rent, and lack of adequate access to food are grounds for removal for neglect.  Instead of the child protection agencies providing needed supports to keep the family safely intact, removal of children becomes an all too common occurrence in certain communities. Even if the children end up in placements that do not lead to sexual abuse, the outcomes are still not positive. Children in foster care, due to issues either before or after removal from their home, have disproportionately high rates of physical, developmental, and mental health problems and often have many unmet medical and mental health care needs. 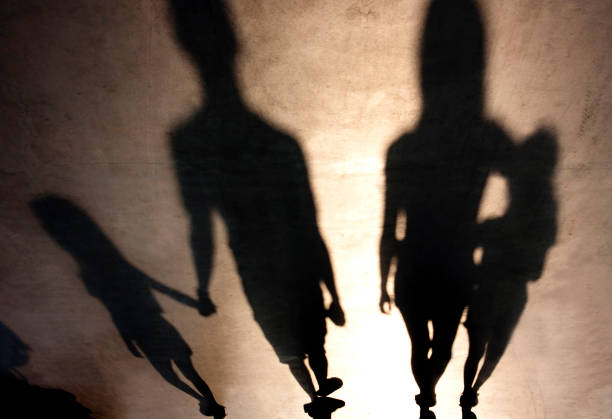 Whether the social structure is the juvenile detention system, the Catholic Church or the foster care system, when they fail to address the problem of sexual abuse occurring within their institutions, they don’t just fail to prevent harm, they propagate harm.  When it comes to foster care, this leaves children without fit homes, as well as a slim chance of a nurturing and supportive childhood.

The system would be better equipped to achieve its objective of providing fit environments for children in crisis if they put more preventative measures in place. These measures could include: 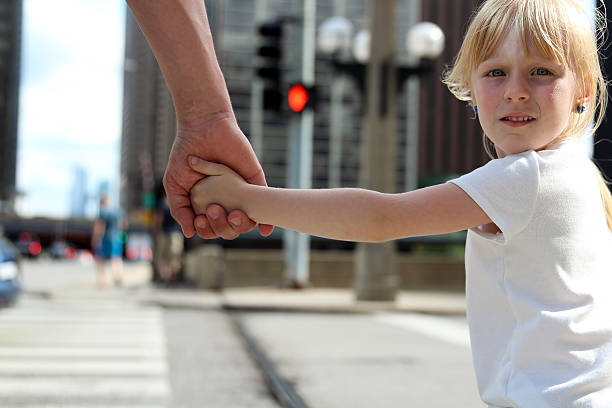 It is important that the light of day is shed on this topic, so that the foster care system can take actions to protect the children in their charge and their futures.

I want ALL predators to leave my precious children alone… I dislike sexual abuse with kids,,, I am going to start a program one day to stop this nonsense,,, trust and believe it,,,and if anybody that knows a preditor who is doing this please please report them … am I’m not ashamed to announce my name,,, my name is Ms. Edge….

I’m currently completing my studies in a program to do exactly what you are sharing you intend to do in the future. Just wanted to say you have an ally here willing to stand with you. Another great resource is Stewards for Children.

This act is really bad

I was sexually abused by my foster mom she fed me alcohol and pot then siduced me into her bed many different times im am 22 now. this start in 2016. I was 17 in a therapeutic foster home run by NECCO. Am currently filing charges on her necco and the state yes I sur am.

I’m sorry this happened to you. I’m glad you are seeking damages for the suffering you endured.

I was taken out of a physically and sexually abusive as a young girl, and put into a home where i knew no one. The only thing that was familiar to me was the sexual and physical abuse. Different faces same acts . CPS had frequented my house a lot as a kid but my step mom was a deputy shereiff and they believed her. They would ask me right in front of her if i was abused and i was too afraid to say yes. It didnt matter what i said the second their car was out of screaming distance she exhausted herself beating me. The day the cops actually took me i felt so free and rescued. I had hope of finding a family that would take me and my brother Kevin in like i we were their kids and love us. The day they took us is the day i lost my big brother. He went to a very abusive group home as did I. He told me once after years of not wanting to speak to me that he blamed me for the torture he now endured. He said Jamie at least mom and dad kind of loved us now no one does. At that he refused to take my calls anymore. I was sexually assulted by a staff members family member at the age of 10. The man had to be in his late 40s and he brutalized me. When i told, i was called a liar and victim shamed into silence. Unspeakable things that would have not happened in my families home happened in the system. I was never safe and what happened to me damaged me no matter how much I hate admitting it. I put it away somewhere deep inside so i could try and survive on my own. The system failed me and now i dont even have one disfunctional family member in the world who knows or cares if i exsist.

Jamie Marie Parsons, I am your family. . Every child before you and every child taking our places
are our brothers and sisters. . the unGodly cruelties of mankind upon children by this historical failure of child protection falls upon all of us.. never forget the child you hold in your heart.. if I don’t tirelessly and persistently reach out to find you and every child that is surviving , in spite of being
thrown away yesterday, standing up, speaking out as an undeniable and indisputable missing statistic of the human factors demanding a change for tomorrow, for the requests for mercy denied yesterday to the most precious and innocent children of the entire world. I am clford2121. I will never forget and I will never stop searching for others

I care that you exist! you are important in this world, don’t forget that.

I’VE BEEN ABUSE ALL MY LIFE .
FROM A LITTLE BOY ALL THE WAY UNTIL NOW.
I’VE HAVE MENTAL HEALTH PROBLEMS.
I WAS BORN FUNNY.

I am 27 years old and I remembered when i was in a foster home when i was separated from my mom just for a year. My foster mom left us for a week with her neighbor and i remember how the neighbor’s teen son sexually abuse me. I’m not sure If i can still report it. If i can , i would absolutely press chargers, foster mom didn’t do her job right and leaving us with strangers. Who knows how many kids when through the same things as i did.

My child is home with mother (me) but was sexually and mentally abuse while with foster parents she has being seen a therapist and there was abuse she has being home for over a year.i made police report but they said they couldn’t help me

HI I am 45 years old now and I was in FNCS since the age of 6 with my younger brother. It was hell for us becaus we were too black kids dumped into an all whit home and community. we were paraded around this farm community like two new pet monkeys, The worst part of that was the constant verbal racial attacks….spook niger blackie brownie, you get the picture. I was so tromatized living with fear every day of my existence. the most cunfusing and dreadful memories was the sexual abuse and molestation. My abuser was in the church we where sent to. the foster parents were good frends withe this family and had a high position in the church so they never wanted to upset them, I asked again and agin to send me to there home for sleep but they said i was being rude and ungratefull. My abuse started when I was 8 to my erly teens. no matter how much you ask for help as a young black foster boy no one sees you or here’s you. this has affected every aspect of my life, yes i was very angry and had know idea how to love or receive it. Lost ,alone and forever broken..I hope that the person reading this knows they are not alone in this strugle.

I am also a surviving member of yesterday’s thrown away children . I am happy to have found your voices. I have tirelessly and persistently sent out numerous and multiple requests for mercy and closure. Closure can only be granted by accountability for each and every child that fills the quotas to ensure ongoing federal funds. . I am not bitter about the past , the crimes of opportunistic child sexual predators have set up a system that is well known and absent from criminalization. Justice of city, state and federal law fails to recognize that rape of a child is not abuse. Just touching is a lifetime of trauma and confusion and can very well be considered as cause of aggressive sexual assaults of children upon children. My name is Connie Ford Johnson. My ongoing request for mercy remains denied.

My children were sexually abused in cps care and while I was in parenting class to get them back they were being sexually assaulted by the same individual and they in 2 different households, and never given any therapy and basically sweeping under the carpet

I’ve news for you. Social workers don’t care. My social worker said my molester was all in my head, used my body as a teenager to sell babies, and it benefitted the government that a 42 year old man traumatized me for life. I’ve been celibate for an entire decade. I know how the system works, orphans are threatened with homelessness if they don’t conform to predators, threatened with the label “mentally ill” if they try to put these sickos behind bars. Social works have always and will always perceive their jobs as a check. They don’t want to cause waves. They want more money.

A social worker had the nerve to have my mental health and intelligence test. They found no delusional disorders and a 125 IQ. The social worker dropped me off on the next available social worker and said, “I was concerned.”

The system lies when they don’t care. They say, “I care…” ABOUT MONEY.

In Norway, this is a big problem. This system is called child trafficking and kidnapping. Children die, they are abused and worse. I fight this battle every day