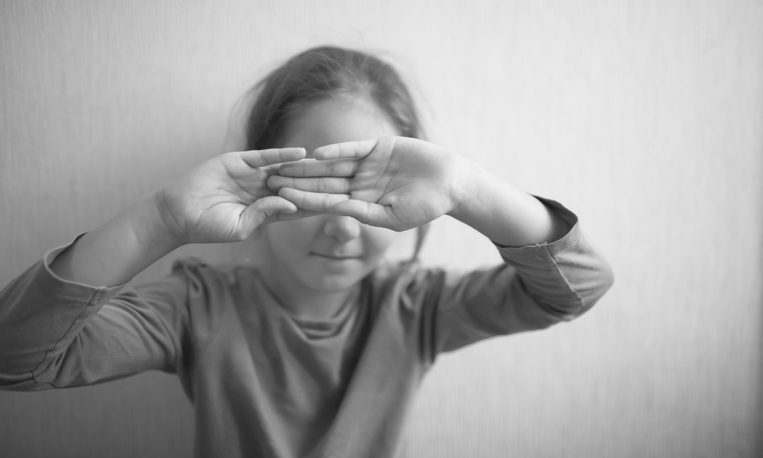 Read Part 1: The Scope of the Problem

To end childhood sex abuse there must be dramatic system changes within private institutions, religious organizations and the criminal justice system.

There needs to be widespread education about the sexual abuse of minor. Adults must recognize the possible signs of sexual abuse and teach professionals to be trauma informed so when a disclosure is made the child is not inadvertently revictimized by the individual or institution’s reaction.

First and foremost, children must be believed if, and when, a disclosure occurs! One of the worst things a person or institution can do when a child discloses abuse is to dismiss, disregard, or outright negate the child’s attempt to reveal the abuse. Childhood sexual abuse is one of the most underreported crime, do not question the validity of the child’s report.

There must be a mandatory reporting requirement and training for professionals, coaches, teachers, religious leaders, including disclosures in religious confessionals, when an adult or child discloses current or past abuse, to the criminal justice system. Reporting up the chain of command in the institution where the abuse has occurred is not enough.

The judicial process can take a long period of time to bring a perpetrator to trial. Institutions need to act before an accused person is found guilty in a court before restricting their unsupervised access to children.  Institutions entrusted to protect children need to have standards for adult contact with minors that allow for action prior to a behavior becoming overtly sexual or assaultive. Innocent until proven guilty is a legal construct, but schools and religious organizations need to suspend those accused of sexual offenses against children from having access to children while the accused are awaiting trial.

Institutions need to have higher standards of adult-child contact than the criminal justice system. For example, a teacher may have sexual relations with a student who has turned 18 and, in some states, the teacher’s actions would not be considered a crime. A school system could still consider the actions of the teacher to be sexual misconduct and grounds for termination regardless of it being against the law. Institutions who fail to abide by mandatory reporting standards need to be brought up on additional criminal charges and mandatory fines.

Extend the Statute of Limitation

Additionally, there needs to be extended statute of limitations for prosecution when a perpetrator is still alive. The nature of victim disclosure of abuse is such that the information about the abuse may not come out for years or decades following the abuse. Despite the wide scope of the 2018 Pennsylvania Supreme Court Grand Jury Report that named over 300 accused “predator priests”, the grand jury only charged two priests as a result of the report, as their reported abuse was within the statute of limitations. Laws must allow for prosecution outside of the typical time limitation statues.

Additionally, the PA Grand Jury Report cited the need to improve laws for mandated reporting of abuse. In the past, the church did not report the allegations abuse to law enforcement and there was no law that said that they had to. The cover up within the church lead the Grand Jury to recommend that non-disclosure agreements should not apply in criminal investigations. The church, the report says, has long been using confidentiality agreements to guarantee the silence of victims and therefore could hid the role they played in covering up the abuse to the public.

The Survivor Network of those Abused by Priests (SNAP), the largest, oldest and most active support group for women and men wounded by religious and institutional authorities (priests, ministers, bishops, deacons, nuns, coaches, teachers, and others) have called for every state’s attorney general to launch formal investigations as to how U.S. bishops deal with victims and predatory priest.

SNAP’s website has state specific information and sample letters on how you can reach out to your state’s Attorney General and demand that there be a grand jury investigation that is independent of and separate from the church. The State must have subpoena powers and ability to compel testimony under oath.

The recommendations listed above have the purpose of getting more accused sex offenders in the hands of the criminal justice system. But, according to a report conducted by The Washington State Institute for Public Policy, “The average length of stay in prison is 60 months for offenders convicted of sex crimes against adults, 44 months for offenders convicted of sex crimes against children, and 33 months for all other sex offenders.” We enact longer sentences for drug offenses in this country than we do for child sex crimes.

Federal Laws need to enact minimum jail terms for all individuals convicted of sexual abuse of a children that reflect our society’s conviction that sexual abuse is a serious crime and will not be tolerated. In February 2019, the president of Sierra Leone declared sexual violence a national emergency, vowing that sex with minors would be punishable by life in prison.

Given the short jail times currently in the US, states must have a clear and effective plan on how they monitor sex offenders upon release from jail and how they notify the public about a sex offender living in their community. Megan’s Law is the name for a federal law, and informal name for subsequent state laws, in the United States requiring law enforcement authorities to make information available to the public regarding registered sex offenders.

In certain states, only predators deemed to be on a higher tier fall under the requirement of public notification. All individuals convicted of sexual misconduct with a minor should be required to register and the public should be notified.

We live in a society where there are people that are sexually aroused by children. The fact that these people are not monsters lurking in the woods, but our teachers, coaches, religious leaders and family members makes this realization even scarier. Acknowledging the presence of pedophiles in our communities is hard to do.

This acknowledgement is made more challenging when we accept that these offenders are also well liked, trusted, and respected. This truth is confirmed by our reaction when we hear that someone is accused of sexual misconduct with a child. Our collective reaction is almost invariably some variation of shock, surprise and we find ourselves saying that it was someone you would not suspect could do such a thing.

The fact that these perpetrators have positive qualities is what allows them to get victims to trust them, create conflicting loyalties within those victims that make them reluctant to tell, and the positive public image they create is a built-in defense when the accusation is made. For these reasons, it is imperative that law enforcement be notified, and individuals not personally involved with the alleged perpetrator investigate the allegations.

Institutions Must be Transparent

If institutions tamper with investigations, or fail to report allegations of abuse, criminal charges must be filed against the people in power of those institutions. With all we now know about childhood sex abuse, we can create a system that encourages disclosure and healing for the victim while simultaneously taking swift, decisive action to punish the perpetrator through the criminal justice system.

The failure of institutions to notify police when allegations of sexual misconduct with a child are made must also suffer criminal and civil consequences. The law must explicitly mandate that institutions take their role to protect children as their moral, as well as legal, obligation, so the sins of the past will not be repeated.