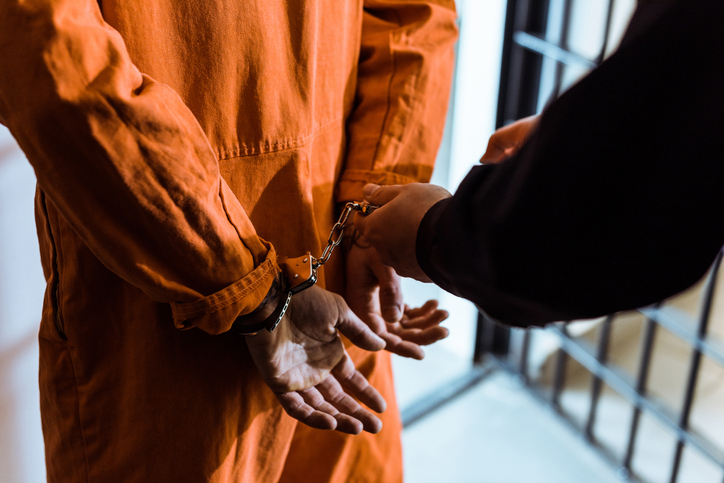 The United States incarcerates far more of its citizens than any other country in the world. The U.S. jailed 655 per 100,000 people in 2018. Turkey, the country that came in second highest, had only 287 prisoners per 100,000 citizens. By contrast, Japan’s prisons held only 45 per 100,000 of its population in 2018. The driving force behind these extreme variations extends far beyond the notion that the United States, simply has more criminals. In the United States, prisons are a big business.

The Rise of Private Prisons

In 1984, at the height of the “War on Drugs,” the first private prison was opened in the United States. The idea may have been well-intentioned.  At first, the goal was to stop massive overcrowding in government-run facilities that led to cruel and overly-harsh conditions.  The second goal was to save the public the exorbitant amount of money it was costing to incarcerate so many individuals – many charged with minor drug offenses.  Since that time, two major companies, GEO and CoreCivic, have come to control nearly 80% of the private prison business. 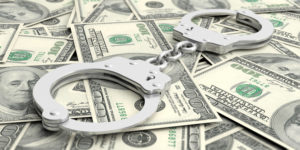 The rise of privatization of prisons throughout the 1980’s to the 2000’s has led to a $5 billion industry. With an 800% increase in incarceration in this country between 1980 and 2013, private prisons were viewed as a necessary and welcome solution.  Like all successful businesses, these companies strive to remain prosperous and financially lucrative. Though entrusted to rehabilitate prisoners for a successful return to society, their main focus as private, for-profit companies, is just that – to make a profit.

Around 2000, the phrase Prison Industrial Complex (PIC) was coined to describe the overlapping interests of government and industry that uses policing and imprisonment as solutions to economic, social, and, political problems. The prison industry complex is one of the fastest-growing industries in the United States with many banks and wall street executives backing the industry.

Preparing for a return to society – what’s being done?

According to the Federal Bureau of Prisons, only 2.8% of current U.S. prisoners will be in jail for life. That means 97.2 percent of those in jail right now will be returning to the community at some point. Almost half of them will do so sometime in the next 10 years. This should compel our lawmakers to consider what happens to an individual during incarceration, what efforts are made to rehabilitate and prepare a person for a future in the community, and what negative effects any mistreatment during their sentence may have on psychological wellbeing that could affect outcomes after release. 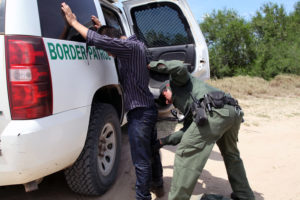 Unfortunately, the incoming administration (which received large campaign donations from private prison corporations) did not agree. Contracts with private prisons were extended, and though the number of incarcerated American citizens continued to fall, GEO and CoreCivic were able to increase profits by extending their services to immigration detention. This proved to be a windfall for these companies. Arrests of illegal immigrants whose only crime was to be living and working in this country illegally (those who had committed no other crime) went up 150 percent between January and April 2017, compared to that same time period in 2016.

What is curious is that, although arrests went up, deportation of illegal immigrants went down. Instead of deportation, these individuals were sent to privately run jails owned and operated by companies such as the GEO group, instead of using Alternatives to Detention (ATD) programs that could have saved the United States $874 million in 2017, had they been used. These alternatives include at home anklet monitoring, unannounced home visits, voice recognition software, and in-person reporting. While GEO owns the government contract on these interventions as well, making $47 million in 2017, these earnings can’t compare with the profits made by keeping their private prisons full.

How are private prisons inferior?

Private prisons are not directed by the same policies and regulations that government-run facilities are. In an effort to save money and increase profits, the GEO Group (the company incarcerating more immigrants than any other facility) has been accused of violating the rights of detainees. The GEO Group was sued in 2014 for forcing its prisoners to clean both private and common areas for just $1 a day. If they refused, punishments (including solitary confinement) were allegedly employed to intimidate detainees into doing the work and keeping their mouths shut.

Keep in mind, those condemned to this fate were not being held in order to protect the public, as they were not criminals, nor were they being held as a punishment, but instead were simply awaiting a government decision on whether they would be deported or not. The current administration’s impact on allowing immigrants to be detained in private prisons allowed the practice of privatization of prisons not only to endure, but also to thrive.

The Facts on Private vs. Public

There is clear evidence that private prisons increase recidivism, foster violence, and allow more abuse of detainees than public prisons. Reasons for the disparities between private and government prisons are many. Private companies can make their own rules. They cut costs by employing less staff and correctional personnel, leading to more violence among prisoners and less humane conditions. One GEO youth facility employed only one correction officer per 120 prisoners. That’s about 10 times less than what a government-run facility would employ for a youth detention center. 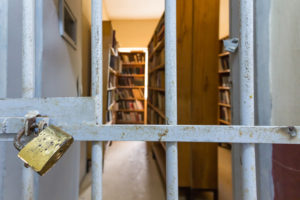 Multiple studies show that those incarcerated in privately run prisons have higher recidivism than governmental managed counterparts. Very little, if any, rehabilitation services are provided to privately incarcerated prisoners, making them more likely to be unsuccessful in the community once they are released.

According to a 2014 study by RAND Corporation, educated offenders have a 40% lower recidivism rate than those who receive no education while incarcerated.  Private prisons remain profitable by reducing costs and cutting services like education and training programs. Not only do they save money, they can count on 40% more of their “customers” returning. Rehabilitation is bad for business. 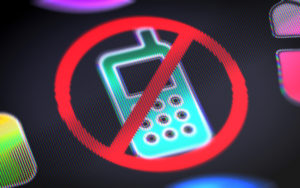 The use of private prisons decreases communication with family members. Research shows that private prisons make no effort to keep the offender near their loved ones, or even in their home state. Prison telephone companies charge higher rates and have lobbied to ban cell phone use in prisons, even further cutting off communication with support systems. An “In the Public Interest” report released in 2016 stated

“A study of 255 former prisoners participating in six states’ reentry programs between 2004 and 2007…found that “familial telephone contact was most consistently associated with reductions in recidivism… FCC explained, “while contact between inmates and their loved ones has been shown to reduce the rate of recidivism, high inmate calling rates have made that contact unaffordable for many families, who often live in poverty.”

If prisons are truly designed to rehabilitate prisoners and protect the public by deterring future crime, then use of private prisons should be phased out.

U.S. Incarcerated by the Numbers

There are multiple problems with the U.S. criminal justice system that currently holds 2.3 million people. Prisons are filled with people who have been shut out of the American economy because of their lack of education and access to jobs before they were incarcerated.  A 2015 report indicates that in 2014 incarcerated people had a median annual income of $19,185 prior to their incarceration, which is 41% less than non-incarcerated people of similar age.  This income gap was evident for all genders, races, and ethnic groups. Forty percent of those imprisoned are black, despite that demographic making up only 13% of the population.

As of March 19th, 2019, this country’s prisons hold over 13,000 people for immigration-related reasons; most of them in private prisons. Over 10,000 of those are ‘pre-trial’ and are simply awaiting decisions on deportation. It is no wonder that the United States incarcerates almost 15 times more individuals than Japan does. The Prison Industrial Complex has perpetuated, and exacerbated, the cycle of poverty, institutional racism, and incarceration.

Get Them While They Are Young 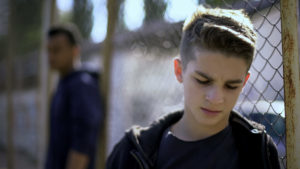 Sixty-three thousand children under the age of 18 are confined in detention centers, with over 8,000 of them held there for simple probation violations like failing to report to a probation officer or not completing community service penalties. Another 2,200 are kept in facilities for “status offenses” like running away, truancy, and ‘incorrigibility’.  In 2008, judges Michael Conahan and Mark Ciavarella were accused of accepting money, nearly a million dollars,  in return for imposing harsh adjudications on juveniles to increase occupancy at for-profit detention centers.  Both men were convicted of these crimes and sent to federal prison.

Use prisons for their purpose, not for profits

Punishment with jail time is often seen as a necessary deterrent essential in preventing others from committing similar crimes. It is also fair and just to incarcerate those who break certain laws. In many cases, imprisonment is required to protect the community. While private prisons are only a small part of the problem, following the recommendation of our government in 2016 to phase them out is a necessary approach towards creating a criminal justice system that focuses on rehabilitation.  It is critical that policies acknowledge of the role that racism plays in perpetuating the cycle between poverty and incarceration.

Until those changes are made, the current prison structure is another example — in a county whose history is rich with such practices — of the people in power getting richer off the systematic exploitation and forced labor of the poor, most of whom are minorities.