This picture was taken after a meeting with “Be More America” which dealt with unconscious bias. 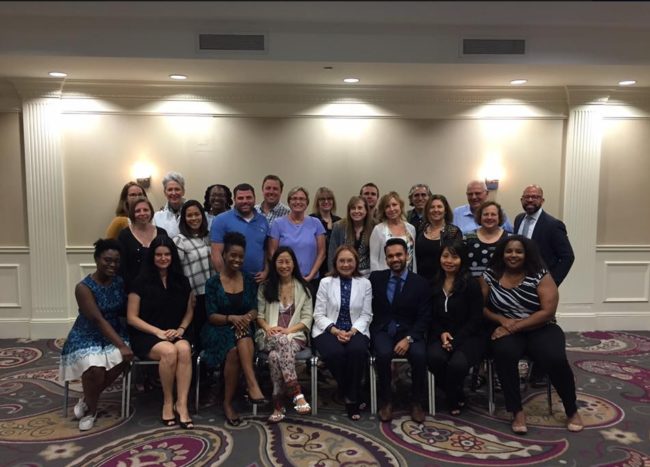 In our case, or rather in case of our organization, it was a little bit of “preaching to the choir”. Obviously, we wouldn’t have been involved in Sub-Saharan Africa if we didn’t want to be. On the FFH side, we feel strongly that the income disparity in this country causes negative outcome results for the minorities.

The meeting was well done and made me think of some instances of unjust social biases. The first one that comes to mind is the story reported by CDC’s own scientist William Thompson about destroying lab results showing African-American children with more autism than White children if they took the MMR shots too early. Shouldn’t more research be required instead of cutting and slicing the data to obtain the “desired” outcome?

Another example that comes to mind is the James Blake incident. I actually played tennis with him the next day and we discussed it. 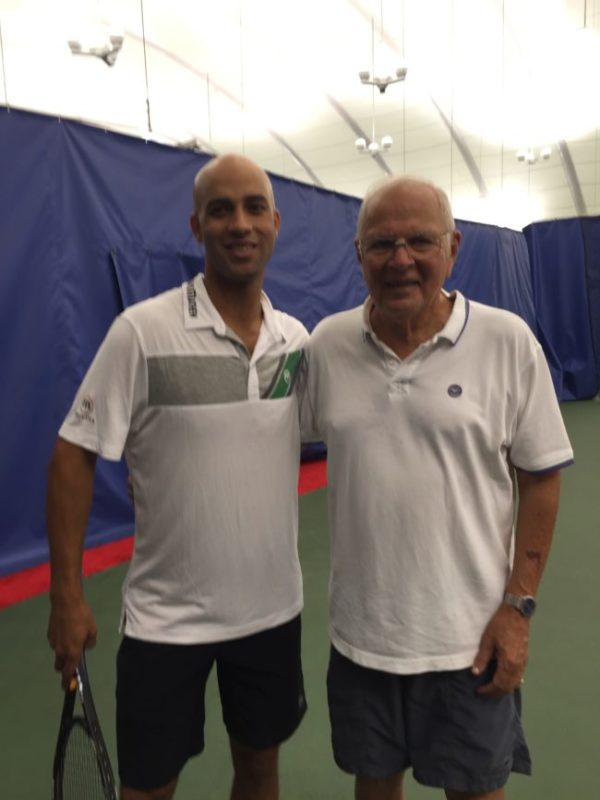 A non-minority person would never have been attacked in that situation. Evidently, the attacker-an undercover NYPD Officer James Frascatore, was found not guilty by a jury. Nothing can be done about that—that’s our legal system. What is wrong: that even if he was offered a new position there, he was still employed by the NYPD. Union or no union, the manner in which he executed the “arrest” should have been grounds for termination.

Same story in Cleveland. Tamir Rice playing with a toy gun, nobody around. Can you imagine if Tamir Rice was a blond, green eyed boy playing in a “safe” neighborhood, let’s say of Millburn, New Jersey?

Growing up, I rooted for the “underdog” and early on I was a Willie Mays fan.

At my company Bradco, which I founded in 1966 my second driver was W. Cuffie. I wrote the article below in 2016 and never did anything with it. William Cuffie 2-5-16


My next story is about bias, but not unconscious. I had met a 10 year old girl playing tennis with her father. He was telling her what to do but couldn’t play. I told him I would hit with her and he could go to the other side and tell her what moves to concentrate on. We all became friends and I played with her often. When she went to high school as a freshman she was number one on the varsity. She didn’t have a lot of people to play with in her development. One day there was an African-American guy hitting against a ball machine. I wanted to introduce her to him but the father didn’t want any part of it. It kind of turned me off and I let the relationship dissolve.

More about conscious bias. Look at the excerpt from the book “Blink” chapter titled “Spotting the Sucker”:

Dealers know this and base their pricing accordingly. In other words, minorities and the poor pay more…As the Donald would say “not nice”.

Another example of bias (he’s very conscious of it) was Don Imus. We met with Deidre Imus on the vaccine and chronic health issues and Don came in and questioned me on why I fund “these people” (referring to my philanthropy efforts in Sub-Saharan Africa) and not “our own people”, the American Indians. I tried to explain to him, in philanthropy you can’t be all over the lot and I wanted to have a positive effect. The next day he called me a “jerk” on a national radio show.

As an 82 year old, I strongly feel that in recent years the levels of bias have significantly gone down, but we have a long way to go to level the playing field.

There is a very conscious effort to revitalize latter day eugenics driven by the Steve Bannons of the administration. They are championing the works of Madison Grant and Carlton Putnam. The income disparity and unequal justice systems that prevails are by designs.

Thank you for speaking up about how you see racism and bias play out in everyday American life. If you haven’t heard Kirk’s music, a collaboration between himself (Kirk Franklin), Toby Mac, and Mandisa called “bleed the same” is a fantastic song and worth a listen. What’s amazing about these singers, both caucasian and african america, is that they used their art to put the police officer first in their lyrics. I know you would find them kindred spirits, as you fulfilled their call to speak up, and you put others first too. Below is a link to their music.

Oh No! I sent the wrong song link in my prior comment. Can you fix it for me? The correct one is…