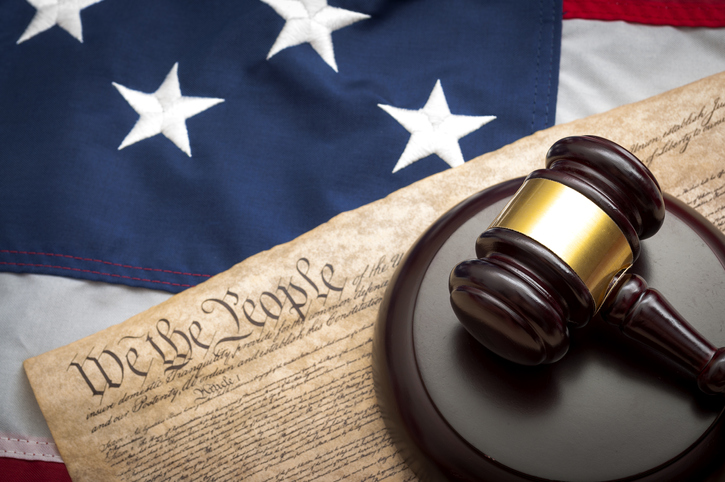 Did I get your attention? Today I want to talk about things changing over time—specifically the need for the Constitution to be amended to fit the reality of life today versus when it was written in 1787.

Shortly after the signing of the Constitution, the first census of the United States counted 3,929,214 citizens. These individuals traveled by horse & buggy (if they could afford it). They communicated by snail mail (if they were literate). On average, they lived to the (not yet ripe) age of 36. People owned other people as property. Suffice it to say that life was different back then. The Constitution was an elegant document that fit those times.

As of the 2018 census, the United States is now home to 328.16 million citizens. We travel by jet (or high-speed tunnel train if Elon Musk succeeds). The internet, for better or worse, allows us to access any information in an instant. We can expect to live to 78 years old on average. Life is very different now and we need a Constitution suited to these times.

The idea of amending constitutions at regular intervals dates back to Thomas Jefferson. In a famous letter, he wrote that we should “provide in our constitution for its revision at stated periods.” “[E]ach generation” should have the “solemn opportunity” to update the constitution “every nineteen or twenty years,” thus allowing it to “be handed on, with periodical repairs, from generation to generation, to the end of time.”

I feel strongly that it’s time to make significant changes to the Constitution. The Electoral College is obsolete. In too many cases, a person’s vote isn’t meaningful. A simple thing would be to go to a popular vote or possibly break up the electoral votes proportionately by the number of people voting for a candidate. That way, every vote would count. You can play with the numbers, but here is my concept:

Presidents should serve one six-year term and be gone. They should not be campaigning while in office and should focus on making the country a better place for all its citizens.

Presidential pardons should have to be approved by both houses. If the houses are controlled by the same party, the opposition party leader in the Senate has to approve.

I absolutely agree but how can we make the system to change? Same people control the conversation forever and they will not release the control.

That is a long list. Doubtful they could be accomplished all at once. I say start with congressional term limits. Get some accomplishments done (if you can), and get out. Make way for new people.

I generally agree with the term limits. Those positions were never mean to be a life-long occupation. Additionally, senators and representatives should be subject to the exact same laws as us “commoners”….i.e., no separate retirement program instead of social security, a different health care plan, etc.
I don’t agree with changing the electoral college. That is what makes our votes count equally. We are democratic republic not a democracy, despite what everyone seems to say. Our founding fathers knew that democracy was mob rule, where the majority could dictate everything. The electoral college was/is a brilliant concept that keeps the entire country from being ruled by high population centers like New York and California.
And, supreme court justices should serve for life. It keeps them from being influenced by outside interests and allows them to interpret the Constitution and not worry about any ramifications it might have to future income or job prospects.
The Constitution is the greatest document ever written as to governing. Changing it every generation would be a disaster. It outlines and defines what the government can and can’t do. The problem is that is it not being adhered to and followed.

Term limits make sense. In the meantime, consider:
On ballots vote for the opposite or another political party candidate, from the incumbent. That limits the terms of office.
Stop voting old parties at the Federal level. The GOP and Democratic parties have grown too big and they are beholden to their lobbyists.
Consider checking out the quizzes from the advocates for self government and I side with. Both help you find a baseline for beliefs and possible parties.