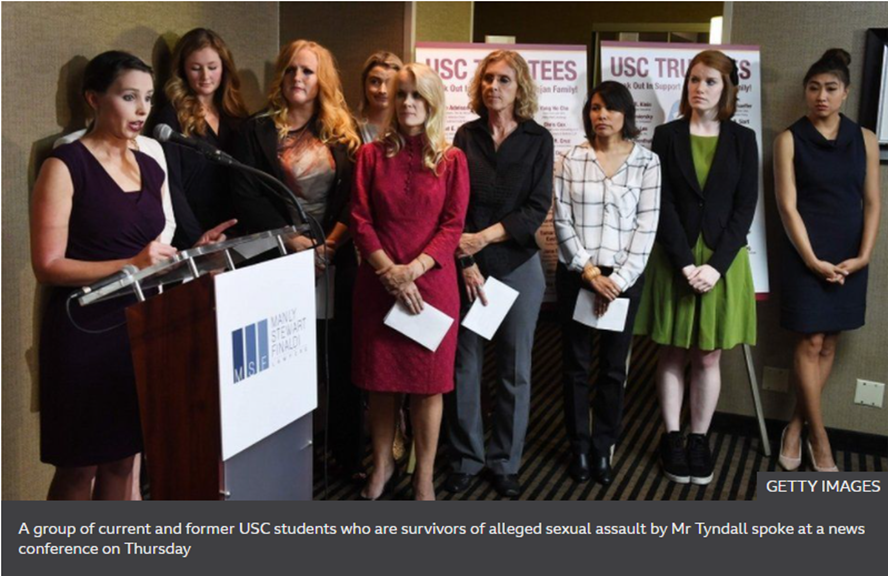 I read an article recently about an abuse settlement in California.  The University of Southern California has agreed to pay $852 million dollars to settle numerous lawsuits related to a former employee.  Evidentially, a USC gynecologist George Tyndall, abused over 700 patients that went to the school clinic over the course of 30 years. Court reports indicate that the University knew of George Tyndall’s inappropriate sexual conduct in the early 1990’s, but school officials failed to report the misconduct to the police, or the medical board, and they kept him employed.

I feel strongly that privileged people get away with these things and the people that knew about the abuse need to be held accountable in criminal court. The grand total of the USC’s Tyndall-related payouts will come out to more than $1.1 billion, and though that is significant, throwing those in jail who failed to report the abuse could make a more lasting impact.   Throw at least ten of the people who failed to report the allegations in jail for a year and see what happens.

People in disadvantaged communities who commit low level marijuana offenses can spend years in jail for petty crimes that harm nobody. Sex crimes have real victims, many who have serious long-term consequences to their mental and physical well-being. The crimes and penalties are completely disproportionate.

Holding the institutions financially accountable is a good step, but these are serious crimes and those who are allowing it to continue are accessories. If you do what I say and throw the people who are letting the perpetrators abuse people in jail, you will have fewer victims in the future.

We’re hosting a town hall on May 19th at 2 pm EST to discuss sex abuse in institutions, and how institutions protect offenders. I hope you’ll join us to hear experts in various arenas discuss solutions that will bring justice to victims, as well as reduce the occurrence of abuse. Click Here to Learn More or to Register.