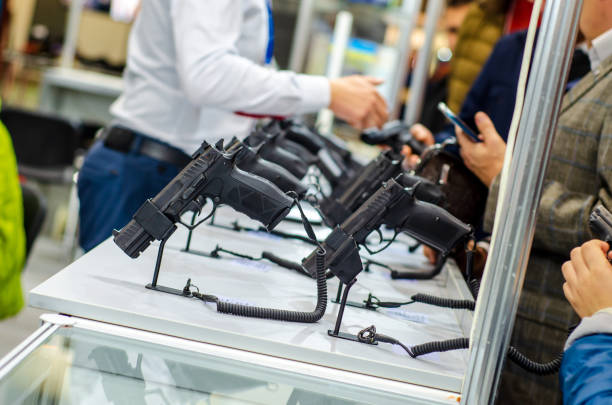 When COVID-19 swept the nation into lockdown, gun sales surged. Amidst a pandemic, social uprising in response to police brutality, and a divisive presidential election, people are buying up guns largely for self-protection. Yet, research has found that more guns does not equal increased safety. The fact is, a gun is more likely to be stolen than used for self-defense, and is no more effective than other defensive actions used to stop or reduce the impact of a crime. Study after study have found that guns in the home increase the risk for homicide, suicide and accidental injury or death. Researchers have even found that an increased prevalence of guns is associated with an increase of other violent crime such as rape, assault, and robbery.

Deemed “essential” business, firearm retailers remained open during statewide lockdowns. Preliminary studies from the University of California- Davis, found more than 2 million excess gun purchases were made between March and May of 2020, a 64% increase compared to the same time period in previous years. The data reveals a 17.7% increase in gun-inflicted injuries, or 633 more cases than expected. Even after controlling for compounding factors, the association between increased gun purchases and increased gun injuries remain.

Since the beginning of the pandemic, gun violence rates have held steady and even increased in some cities, while other crime decreased. Fourth of July weekend brought with it a spate of gun fatalities, killing several young children across the nation. We are witnessing the consequences of economic instability, poor mental health, and societal disparities, all underlying drivers of gun violence, as they converge with increased gun access.

After enduring the horror of being on the deadly side of a loaded gun, survivors are left to carry an enormous burden. Financially, the cost of a gunshot is often astronomical and may include ambulance, hospital stay, surgery, medication, physical therapy, medical devices, mental health counseling, lost wages, long-term disability and more. Conservative estimates indicate that gun violence cost tax-payers $229 billion each year.

Suicide accounts for approximately 60% of the more than 36,000 firearm deaths each year. In fact, even though the U.S. is home to about 4% of the population, it accounts for 35% of global firearm suicides. White men, the very demographic most likely to own a gun, are disproportionately affected. Firearm suicide has become more common over the past decade, with rates rising by a startling 65% among children and teens. In light of this information, it is particularly distressing that 4.5 million children live in homes where guns are left unlocked and loaded. The choice to attempt suicide is most often a desperate response to an acute crisis, and more than 90% of survivors do not go on to die by suicide. Tragically, firearm suicide attempts are especially lethal, accounting for more than 50% of all suicide deaths annually. Permit-to-purchase laws are associated with reduction in firearm suicide, particularly for first-time handgun purchasers and people who do not already have access to a gun. There is evidence that other measures such as waiting periods, Child Access Prevention laws, and Extreme Risk Protection Orders (red flag laws) are protective against firearm suicide. Hand in hand with strong mental health care advocacy, education and services, these laws have the potential to greatly reduce firearm suicide in America. 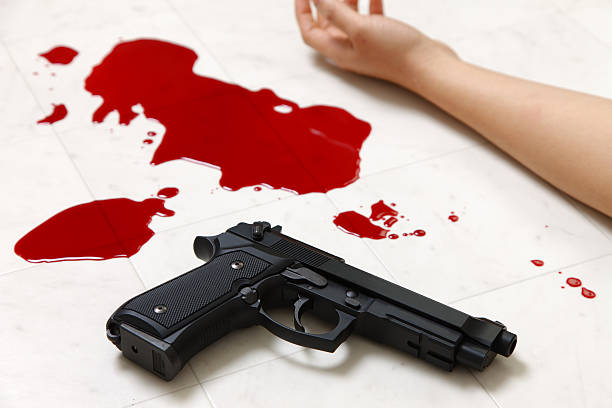 Firearm homicide accounts for about 35% of gun deaths each year and disproportionately impacts communities of color. Segregated and economically disenfranchised communities experience higher poverty levels, failing school systems, fewer employment opportunities, neglected housing and infrastructure, and less political power. This, in turn, breeds higher levels of community violence. Gun violence typically unfolds within social networks, such as families and communities, rather than among strangers. Despite the perception of rampant citywide gun violence, most crime takes place in a localized area, usually a few streets or blocks, within a larger city. Violent crime is also more likely to be committed by only a few offenders, rather than dozens or hundreds of individuals.

Women are particularly vulnerable to becoming victims of gun violence. According the Gifford’s Law Center, women in America are 21 times more likely to be murdered with a gun than women living in other high-income countries. When a gun is present in the household, a woman is 5 times more likely to be killed by an abusive partner. Evidence suggests that living in states with the highest rates of gun ownership is also a risk factor, given that their rates of intimate partner homicide are 65% higher compared to states with the lowest levels of gun ownership. The right policies however, can have a protective effect against intimate partner homicide. For example, states that require background checks for all handgun purchases, regardless of retailer, have 38% fewer firearm deaths by intimate partners.

Though rates of gun violence towards and committed by police officers is low compared to overall gun violence, it is worth noting that police officers are more likely to be shot and killed in states with high rates of gun ownership. However, civilians are also more likely to be killed by the police in those states. Each year, law enforcement officers kill about one thousand civilians with firearms. Sociologists studying Nordic governments have honed in on a strategy to increase trust, social cohesion, and a sense of safety between police and civilians. Community policing, a partnership between communities and law enforcement, creates a pathway for mutual trust and understanding, allowing police to address issues and prevent violence. The city of Oakland used a similar strategy by establishing a Cease Fire, a long-standing partnership between local law enforcement, social services and community members, to tackle the troubling rates of gun violence. By analyzing violent incidents, working directly to engage high-risk offenders, focused police actions and training, and community mobilization, Oakland reduced gun violence by more than 50% over 6 years. Results from similar ceasefire agreements around the country show community policing, if scaled up, has the potential to rebuild broken trust and cooperation between police and citizens. The United States must also invest in underfunded school systems, job creation and living wages, dilapidated housing and infrastructure, and increase political representation of minorities in order to tackle the underlying drivers of gun violence and overall crime.

What Can America Learn from Gun Control Efforts in Other Countries?

Japan’s population is roughly 1/3 that of the United States, so it makes sense that they would have fewer gun deaths. But with a population of 127 million people, they only have an average of 10 shooting deaths per year. In order to own a gun in Japan, a person must attend a class, pass a written test, achieve 95% shooting accuracy and be able to pass a mental health evaluation and extensive background check. Once they have completed the steps, they can buy a gun (no handguns though!) and they must retake the class and exam every 3 years.

In Australia, after a 1996 shooting that killed 35 people, the government opted for a gun buyback program which resulted in more than 600,000 automatic, semiautomatic weapons and shotguns being destroyed. Over the next few years, firearm suicide and homicide rates dropped by about half.

Finally, the United Kingdom took a multi-level approach to gun control. Private ownership of handguns was banned in Britain, and semiautomatic and pump-action firearms were banned throughout the UK. They also developed a registry requirement for shotgun owners and led a buyback program. The result, a steady decrease in gun violence for more than a decade. 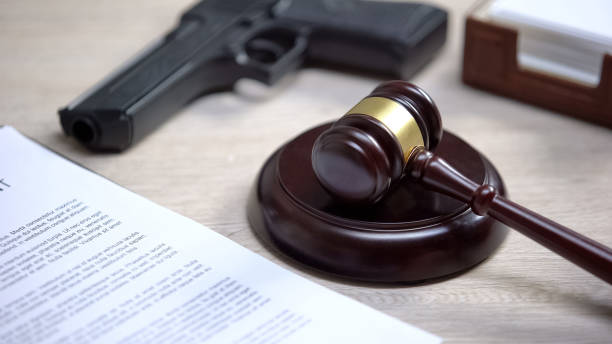 Ironically, the United States of America remains fiercely divided over gun control. As one of only three countries with the constitutional right to bear arms, responding to gun violence is uniquely challenging.  Pro-gun and anti-gun rhetoric pit one extreme ideology against the other, halting any progress to curb firearm death through policy change. By engaging in discourse focused on keeping people safe in an environment where guns exist, we can move forward with legislation that protects public safety while preserving gun owners’ rights. Owning and using a firearm comes with tremendous responsibility. As the country with the most guns, it is America’s responsibility to invest in research, advocacy and policy to prevent gun violence.