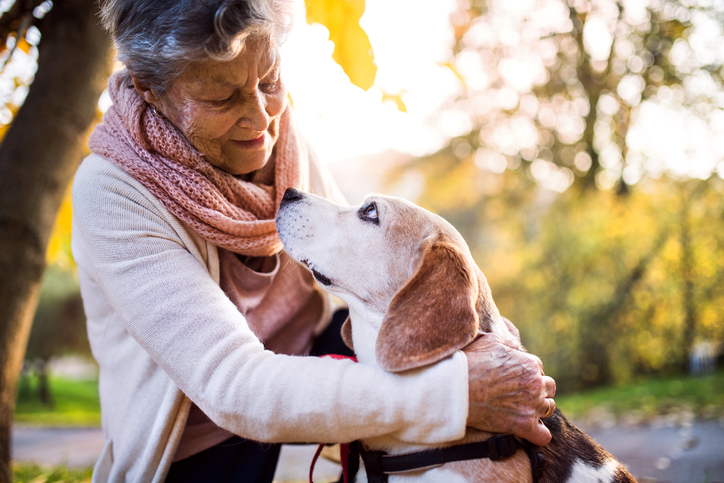 There are reports in the news regularly about the increase of chronic illnesses and decrease in longevity. As early as 2005 there were headlines fearing that our children’s generation will have lower life expectancy than previous generations. The culprit? Obesity and the secondary conditions that may accompany it: diabetes, heart disease, cancer, and gout. But, what if there is another scenario?

Perhaps the next generation will not die younger, but instead live longer in poor health with a diminished quality of life. Instead of adding years on to our life because we are healthy and thriving, we are kept alive longer due to medical advances but in poor health. A 2017 survey indicated that one of people’s greatest fears about aging was developing health problems and not being able to independently care for oneself.

Researchers have used the concept of Health Adjusted Life Expectancy (HALE) which is the number of healthy years one is expected to live by subtracting years of ill health from overall life expectancy. When we think of aging, HALE might be a better goal than longevity. So how to do we live longer but maintain an active, healthy lifestyle free of chronic illness? 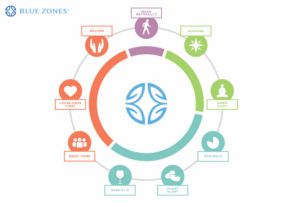 If we want to find out about living healthy longer, we need only turn our attention to other cultures. There is a lot of information about this topic: the China Study by Colin Campbell,  Blue Zone Study (which studied five areas where people live much longer than average) , and Okinawa (land of the immortals) to name a few. What are the secrets that we have learned to help us live longer in better health? There were common themes that kept repeating across all research.

The China Study demonstrated the link between the consumption of animal products (including dairy) and chronic illnesses such as coronary heart disease, diabetes, breast cancer, prostate cancer, and bowel cancer. 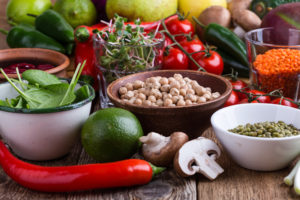 In the areas where people lived the longest, they generally eat a predominantly whole-food, plant-based diet. A study of Seven Day Adventist in California (one of the five groups studied in the Blue Zone Research) found life expectancy to be 83.3 for men and 85.7 years for women. These are 9.5 and 6.1 years, respectively, greater than those of the general California population at the time of the study. Though the researchers would not conclude that a vegetarian diet increases life expectancy, the concept of a plant-based diet is a reoccurring theme in longevity research.

The lack of processed foods (added sugars and refined grains) in the diets of the people with higher life expectancy was also of note. Most of the diets of the regions that were studied, though primarily plant-based, also were predominately whole-foods. According to the website Fork over Knives, a whole-foods, plant-based diet is based on the following principles:

Another important factor with diet was low to moderate calorie intake.  In the Okinawan Study, researchers found that older Okinawans consumed 1,780 calories daily — 11-15 percent fewer than would normally be recommended to maintain their body weight. The benefit of calorie restriction only is realized if the foods you are consuming are nutrient dense and providing your body with what it needs. Okinawans adhere to the principle of hachi bu, which means eat until you are 80 percent full. 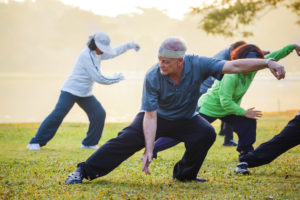 When planning the best type of “exercise” for longevity, choose the activity you enjoy most, that you can easily incorporate into your daily schedule, and an activity you can keep doing up to your hundredth birthday. Overworking your body can be counter productive to your longevity goals, so think about physical activity as movement rather than exercise.

Walking, gardening, hanging laundry on a line, fishing, and housework are all activities that keep us from sitting and help our bodies age well. Okinawans report doing Tai Chi or other movements that increase flexibility of the body and calming of the mind.

Research shows that higher levels of daily movement were linked to better thinking and memory skills, as measured by the yearly cognitive tests. This information has led people to conclude that exercise can prevent, or postpone, the onset of diseases like Alzheimer’s, though more research is needed.

3. Stress Reduction & A Sense of Purpose

According to one definition, a sense of purpose is characterized as “having goals in life and a sense of directedness, feeling there is meaning to present and past life, holding beliefs that give life purpose, having aims and objectives for living.” 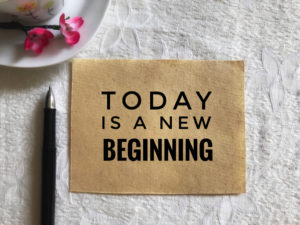 Researchers indicate that the way purpose improves physical and mental health is two-fold. Positive well-being is linked to lower cortisol (known as the stress hormone) output, which plays a role in brain function and immune regulation. Cortisol, released over long periods of time, is correlated with poorer health.

Also, feeling better about life increases the chances that a person will take care of themselves. People who have a sense of purpose and feel better about living are move likely to eat healthy, exercise, and do the things that lead to longevity.

A greater sense of purpose may inoculate a person against stress. Engaging in something meaningful, whether it’s singing in a choir or caring for grandchildren, provides a boost in happiness. Happiness can combat the negative effects of stress. Having a social network and people to help you when needed can also reduce stress and improve a person’s sense of well-being.

The Blue Zone research also cited moderate alcohol intake, especially wine, as a common practice in cultures with the greatest longevity. There is frequent discussion of red wine in the longevity research. Research indicates that red wine can boost a range of health factors. Most of these beneficial properties are caused by the presence of resveratrol. Resveratrol is a compound that some plants produce to fight off bacteria and fungi, and to protect against ultraviolet (UV) irradiation. Resveratrol comes from the skin of red grapes but can be consumed from other sources (red grapes, blueberries, cranberries, peanuts) that allow the benefits without the risk associated with alcohol.

Douglas Nemecek, MD, Cigna’s chief medical officer for behavioral health, said in a 2018 report “Loneliness has the same impact on mortality as smoking 15 cigarettes a day, making it even more dangerous than obesity.” Julianne Holt-Lunstad, PhD, a psychologist at Brigham Young University who studies loneliness and its health effects, has found loneliness makes premature death more likely for people of all ages. It is no surprise that the areas that had the highest longevity rates had a social structure that reduced isolation and loneliness. In healthy communities, people of all ages are socially active and integrated into their communities. Older people hold value in their communities. 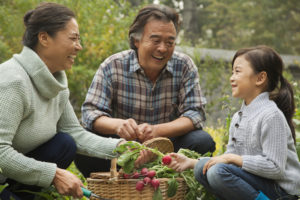 Research suggests that grandparents who frequently babysit their grandchildren tend to live longer .  In Okinawa social cohesion is so important that it has its own name, “Moais”- a group that is bound together for life. Studies of the “happiest” countries equate increased happiness with knowing you have someone you can rely on. Individuals who lack strong family connections but have a tight-nit circle of friends, or ties to a faith-based community show the same benefits to health.

The secret to a happy life appears to be not measured by years lived, but by the quality of those years. By eating healthy and staying active people enter their golden years without the debilitating health conditions that could negatively impact their quality of life. Most people would agree it is more important to stay healthy than just alive. The extensive research available about longevity gives us insights on how to make changes in our life to help us stay healthier longer.

To learn more about reaping all the benefits of boosting your mental health, check out Positive Psychology’s article: The Benefits of Mental Health According to Science.