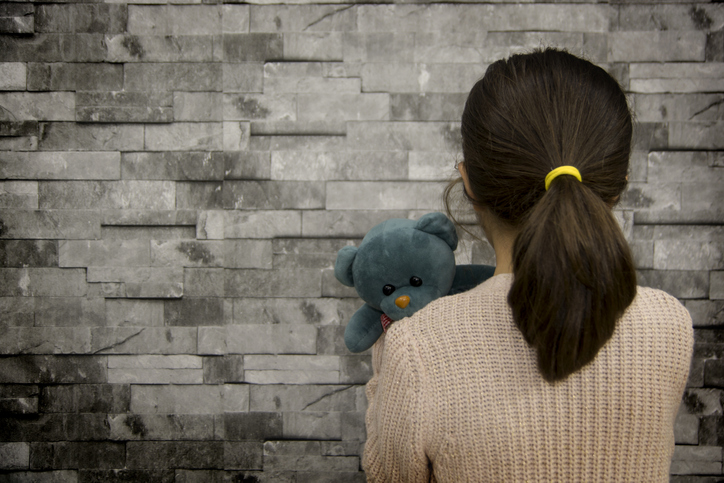 Most Americans are familiar with the concept of Post-Traumatic Stress Disorder (PTSD) as a condition affecting veterans or those exposed to terrible violence. In fact, PTSD has grown out of conditions informally referred to as “war neurosis” or “shell shock”.  What is less well known is that many children are coming out of their childhoods with similar conditions that fit the clinical profile of PTSD. Growing up in environments with instability, abuse, neglect, and impoverishment can create stress and trauma that look like PTSD and affect development. Trauma is so prevalent among children, clinicians have proposed a new term to attempt to explain it: Developmental Trauma Disorder.

How is it possible in a safe, developed society like America, that our children are coming out of childhood in a similar state to those who have gone off to war? 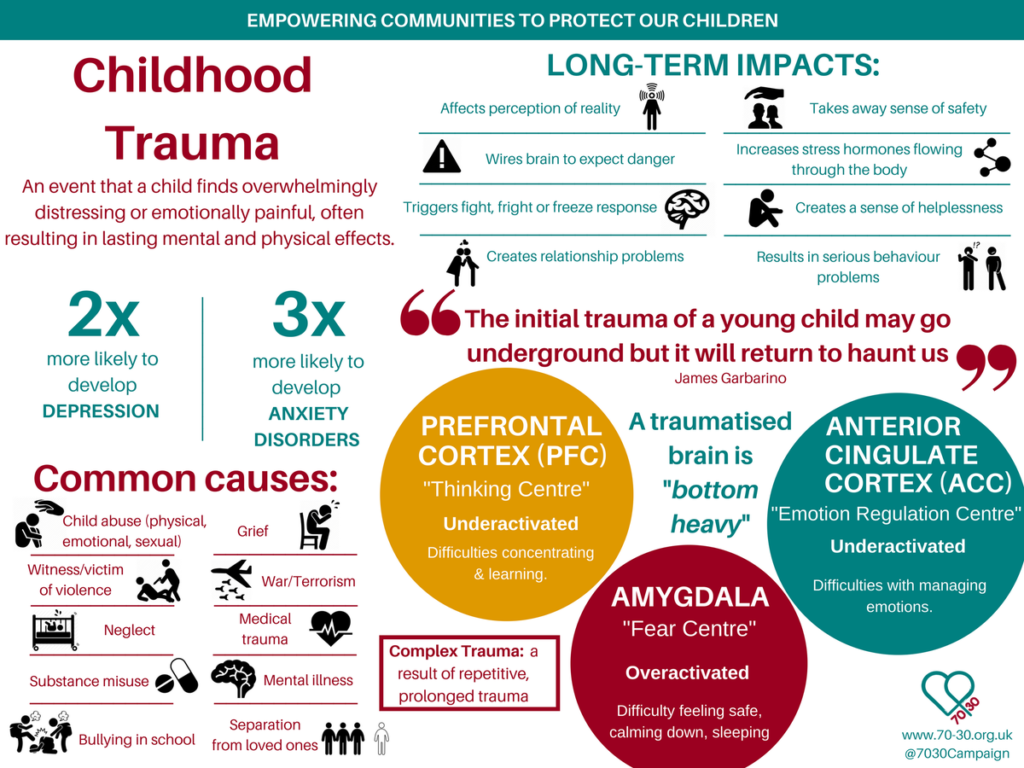 What researchers have found is that prolonged exposure to stress and adverse experiences damage people, and the consequences continue long after the stress and aversive experiences stops. When we are exposed to situations our brains perceive as life threatening, our bodies prepare for a “fight or flight” response. Our bodies release cortisol, the stress hormone, so we can rally the energy it needs to escape or encounter the threat. 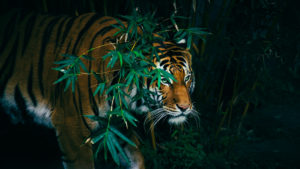 Imagine walking in the jungle, and you encounter a tiger — we recognize the potential for danger and our body releases cortisol so we can fight the tiger or run from it. This rapid mobilization of your body’s resources is critical for human survival. But when a threat occurs over a long period of time, or our brains and bodies continue to prepare to fight or flight even after the threat is over, then you have the makings for PTSD.

This heightened state of arousal manifests as hyper-vigilance, anxiety, and agitation. Memories, or external triggers, can stimulate the response, and merely thinking about the aversive experience causes Cortisol to release. When this occurs in children, it is far more devastating, because a chronic stress response alters a child’s development. 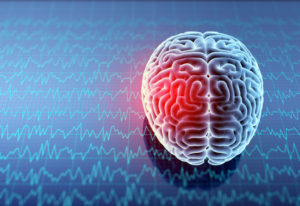 Their brains and bodies grow differently as a result of living in situations perceived to be unsafe or overtly abusive or neglectful. This is one of the differences that led researchers to draw the distinction of PTSD from Developmental Trauma Disorder.

When traumatic exposure occurs during critical periods of a child’s development, the very core of the person’s being is altered. Take as an example a child who is sexually abused by his or her step-father from the ages of 7 to 11. Their entire sense of the world and themselves is turned upside down by this disorienting and terrifying experience. Children survive unthinkable abuse by “accommodating” to the abuse in a way that changes them developmentally.

They develop with feelings of fear, distrust, shame, defeat, and resignation that shape their self-concept. They anticipate and expect trauma to reoccur, and they organize their relationships around the fear of abandonment or victimization. In the mind and heart of a sexually abused child, the fear of further abandonment and shame they feel may prevent them from telling people about what is happening.

Take the Adverse Childhood Experiences (ACES) Test and see how you and/or your children fare.

We live in a time where stories of childhood sexual abuse are in the news almost daily. The sheer number of victims associated with the priest sex scandals and Larry Nassar’s gymnasts are staggering. Even though cases like that get a lot of attention, many people are sexually abused by family members.

According to the National Association of Adult Survivors of Child Abuse, there are more than 42 million survivors of sexual abuse in America. When you include other types of abuse and neglect, those numbers grow even greater.

We are a society filled with individuals who have been altered negatively by our childhood experiences. The outcomes for those affected by childhood abuse and neglect are not generally positive and there is a new call to action to see childhood abuse as a public health issue.

Survivors of childhood abuse are more likely to engage in high risk behaviors, have addiction issues, be obese, have chronic health problems, and end up with a lower life expectancy related to health issues and/or suicide. 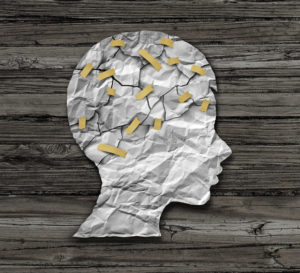 What if we re-conceptualize the obesity and addiction epidemic we see around us every day as having their origin in the untreated trauma? If we look at the root causes of our unhealthy behaviors, then we may be in a better position to address the issues.

One of the reasons that the outcome of childhood abuse, specifically sexual abuse, is so dire, relates to the fact that victims have largely suffered in silence, because of the fear and stigma. Our reluctance as a society to face this issue has prevented people from getting the support they need to heal.

In order to reverse the devasting effect of ACE’s on people’s health, we must change the way our schools, healthcare facilities, and law enforcement organizations think about maladaptive behavior.

What Do We Know About Childhood Trauma?

What Does Trauma Have To Do With It? 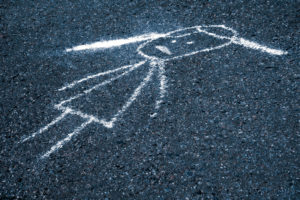 What people who have specialized in trauma have learned is that those who need help the most are usually the most difficult to help. Individuals with histories of childhood sexual abuse do not typically disclose the abuse until much later in life, if they disclose at all. By the time these people get into the hands of professionals, they may have engaged in very self-destructive, dangerous, and addictive behaviors to cope with what has happened to them. Depending on the age of onset and severity of the trauma exposure, the person could be developmentally altered by the experience.

These people were denied the opportunity to learn important milestones related to self-regulation, a sense of control, and the ability to process and integrate information properly.  Remember, their brains were in survival mode and the individual’s sense of self became altered by their experiences. Because of their experience, they have difficulty trusting people, including professionals, and those in authority; the very people they need to get help.

A fifteen-year-old boy from a single parent household is walking around his community at night, drunk with marijuana in his pocket.  A police officer confronts the teen and the teen becomes belligerent with the officer. The conflict escalates and the officer begins yelling and comes up behind him to put handcuffs on him. The teenager becomes frantic and punches the officer.

A 16-year-old pregnant teen girl runs away from home and is brought by Child Protective Services to a doctor to get a prenatal exam at the local clinic. She is in her sixth month of pregnancy and has never had a gynecological examination. The male doctor comes into the room, closes the door, and tells her to get undressed so he can perform an examination. The girl becomes agitated, yells at the doctor, and refuses to allow the doctor to examine her.

An eleven-year-old, obese student is teased by peers and socially isolated. They are frequently zoned out and not engaged in class. The student has not turned in homework in weeks and is not finishing questions on the test. They are failing most classes and seen by the teacher as non-compliant and lazy. A guidance counselor approaches the student to discuss what “is wrong” with this student and sees self-inflicted cutting on the student’s arm.

If the police officer, doctor, or teacher, in these scenarios were aware that these children were sexually abused what could have been done differently?  The answer to that question is the basis for the Trauma Informed Model.

The first shift within the Trauma Informed Model is the acknowledgment that the maladaptive behavior these people are exhibiting has their basis in trauma. Instead of looking at the person’s behavior as oppositional, rebellious, willful, or antisocial, it is important to see the child’s behavior as a survival response to an abusive situation. Once professionals rethink behavior through the lens of trauma, they create a path for treatment.

I have spent my entire life trying to understand things about my life that only now are beginning to make sense. The knowledge of God’s unconditional and constant love for me has enabled me to persevere and survive to this day. Only now am I embracing the truth that I am love-able, despite the fact that many have told me they love me. Part of me was lost as a child and although I lived life and appeared to be doing well, I had many deficits that affected me as your article so well brings to light. Things hidden in the deepest recesses of the mind and heart, once brought into the light, do facilitate emotional and cognitive healing. I am a survivor of many traumas from childhood through most of my life. Now, I am learning the things I lacked to live an abundant life. I Thank you for what you do to help others understand the importance and difference support in a safe and loving environment make for people who have experienced developmental disorders from TBI and other traumatic encounters during childhood.

Reva, I just recently enrolled in college to gain my, Bachelors of Science in Counseling with my emphasis in Trauma. I faced some things growing up from an older sister that was in a sexual nature, and I had a dad that was very loving but could also be very mean at times with physical and verbal abuse. As I dig deeper into this course and I start to do more research, it all starts to make more sense about how my adult life has turned out, I don’t blame it all on the past factors, however, I do see how the past trauma experiences have affected me. I smoke, I was an alcoholic, I have made poor financial decisions, and I have anger issues that I have been dealing with most of my life. My hope is by the time I finish my course that I will have many of the answers that I seek and have a well-rounded knowledge to help others who have had an abusive past.