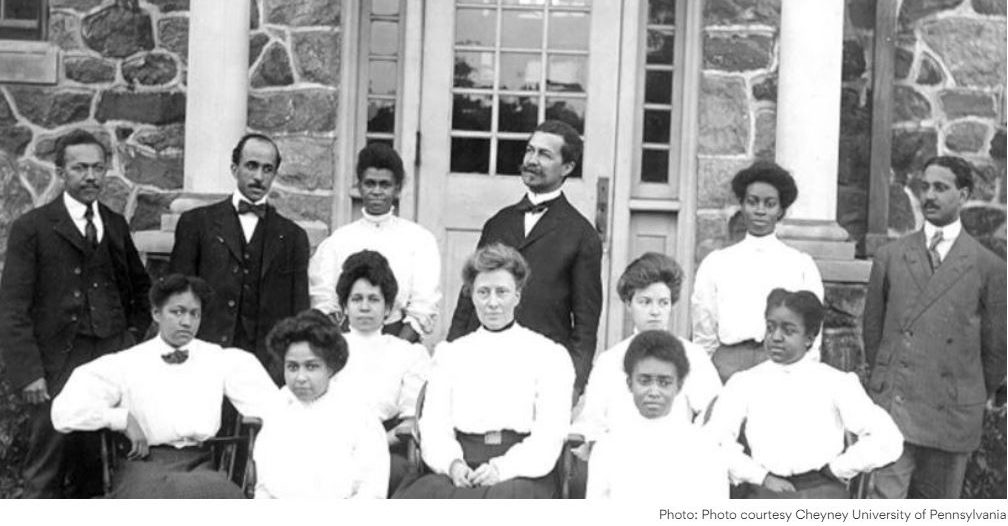 In 1837, Richard Humphreys saw first-hand the challenges black students were facing in America as they were pursuing college degrees. That inspired Humphreys to create the very first college specifically for people of color (POC).  This spurred the black college movement across the nation, to the present where there are currently 101 active, private and public colleges and universities designed for people of color, collectively referred to as HBCU’s or Historically Black Colleges and Universities. These institutions were a blessing to the many students who didn’t feel safe or have access to the same educational resources as their white counterparts due to institutional racism. The present-day role of HBCU’s is vital to our history as a nation as these schools gave emancipated slaves the opportunity to pursue higher education along with providing a current day connection to black history. This begs the question, even though schools are now integrated, are HBCU’s still necessary in this present day and age? Is institutional racism today still challenging black student’s emotional and physical well-being and their chances of succeeding in a non-HBCU? Are black students more likely to be happier attending an HBCU compared to a Primarily White Institution (PWI)? What about black college athletes?

As political and racial tensions permeate into higher education facilities, more and more black students are choosing HBCU’s over other public and private institutions. This is evidenced by the fact that as college enrollment across the board has continued to fall, enrollment in HBCU’s have continued to rise. College enrollment in HBCU’s in the fall of 2017 was 298,138 which was an increase of 2.1% over the previous year. The statistics from a Gallup-USA study in mental health differences between HBCU’s and non HBCU’s are truly astonishing.

The report showed that black graduates of HBCUs are more likely than black non-HBCU graduates to say that their university prepared them well for life outside of college (55% vs. 29%).

The true determining factor of a school’s overall success is based on the enrollment to graduation rates. Do the students who initially started school end up graduating and if they do, do they graduate on time with the classmates they started with? A study published by the Erie Institute of Education Sciences looked at graduation rates for black students who attend HBCU’s compared to PWI’s and found that those who attended a HBCU had a 15.8% higher expectancy to graduate in six years compared to those that attended a PWI. Statistics like this show that there might be possibly more support and resources available to black students who attend HBCU’s compared to those that attend PWI’s. A study, published by Georgetown University Center on Education and the Workforce, stated that “The difference between the lifetime wages of college and high school graduates is $1 million.” Basically, those that end up graduating have a higher chance of financial success later in life as well with a college degree than those that don’t. It’s also important to note, that those that didn’t graduate and took out student loans, might end up deep in debt and develop health issues. 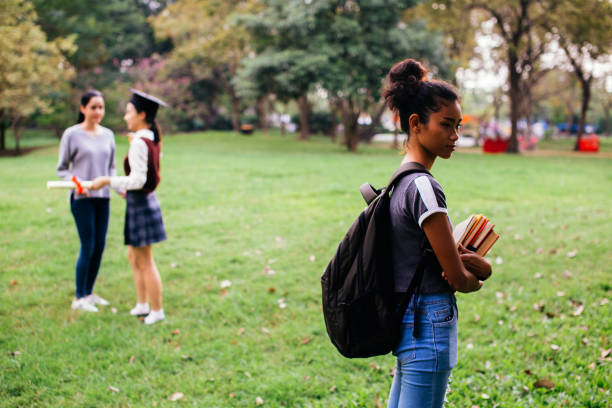 The American Public Health Association states that “Racism is a driving force of the social determinants of health (like housing, education and employment) and is a barrier to health equity.” So, can racism cause a black student attending a PWI to really develop ailments such as: diabetes, heart disease, depression, suicidal thoughts and/or hair loss? One study showed that a black student attending a PWI can lead to severe health ailments. “Weathering the cumulative effects of living in a society characterized by white dominance and privilege produces a kind of physical and mental wear-and-tear that contributes to a host of psychological and physical ailments.”

Another study followed 489 young black kids, for 15 years in rural Georgia, highlighting the harmful effects that young Black Americans, identified as resilient, were suffering from an exceptional amount of internal pressure to succeed. Scenarios such as obtaining a white-collar job or being a first-generation college graduate combined with microaggressions often caused the students to compromise on many areas of self-care and even sleep and exercise, which resulted in disproportionately high rates of obesity and high blood pressure along with producing more stress hormones than the average student. The results also showed that 11 out of the 13 kids who experienced high levels of stress, their teachers assessed them as “performing well emotionally, academically and socially had a high allostatic load at age 19.” 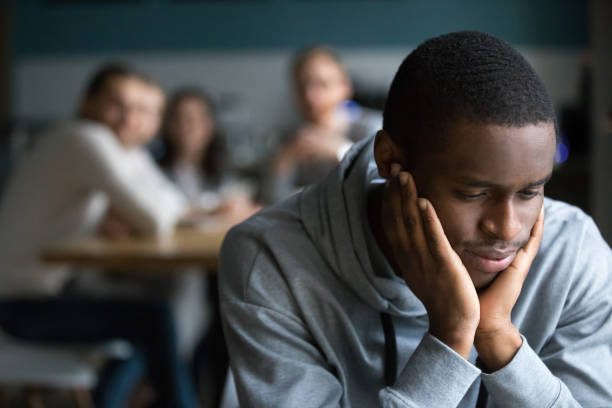 What about college athletes? Does being an athlete make you any less of a target to racism? Research shows that most African American student-athletes tend to be first in their families to attend college and most commonly come from large, low-income, inner-cities in comparison to their white student-athlete counterparts. A study done in 2008, reported that African American student-athletes at a PWI experienced “feelings of isolation, being misunderstood, powerlessness, mistrust from teammates and others, being judged, pressure to assimilate to different values, and being stigmatized as a black athlete.” The study went on to show that high rates of depression have previously been found to be positively related to Black students who experience racism and may suggest that even with moderate levels of social support, student-athletes may still be experiencing psychosocial difficulties due to racism or discrimination. 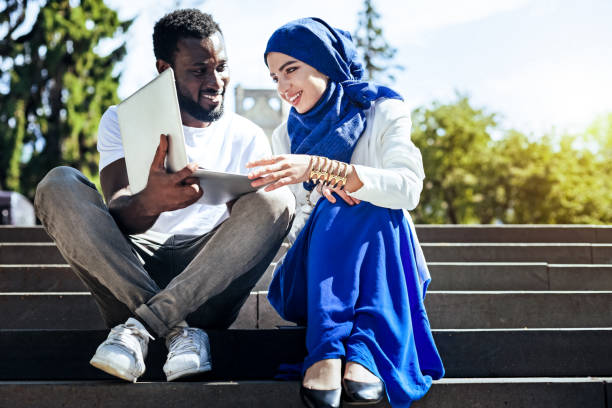 Even with affirmative action policies, educational inequalities at PWI’s have not diminished. The subtle microaggressions and negative stereotypes that are still rampant as evidenced by studies showing that even though black students have more access to attending PWI’s than ever before, their mental health in HBCU’s supersede PWI’s. As students begin to see the inequalities in institutions the need to deconstruct and understand with cultural competence and awareness on how to support black students at PWI’s can go a long way to achieving a better society with positive mental health rates. Imposing racial standards for academic achievement make no sense if students are not getting the proper resources they need to be mentally healthy. Minority students not graduating, jeopardizes their chances in life, especially as social and structural inequality continue to persist in the U.S.

Economic and social conditions, from the past to present-day America, are at the root of the achievement gap and evidence shows that when support and resources are readily available, students academically perform better. As a minority myself and having attended a PWI, I know first-hand the detrimental effects it had on my mental health when I didn’t have resources readily available. Being a Muslim woman at a PWI, whenever a terrorist attack would take place, I was always very anxious and scared to attend school because I was always treated differently. I believe if there more resources available, I would have performed better academically and would have experienced less stress.

In regard to potential solutions for black athletes, Jemele Hill, a sports journalist, controversially suggested that black athletes collectively abandon PWI’s and move their talents over to HBCU’s. She went on to explain her reasons for the reallocation of talent, “If promising black student athletes chose to attend HBCUs in greater numbers, they would, at a minimum, bring some welcome attention and money to beleaguered black colleges, which invested in black people when there was no athletic profit to reap. More revolutionarily, perhaps they could disrupt the reign of an “amateur” sports system that uses the labor of black folks to make white folks rich.” Some might say it’s extreme but our society’s efforts to overcome the consequences of prejudice and discrimination for black students have not been effective enough and the statistics prove that and as history has shown repeatedly, change doesn’t happen unless radical action takes place. 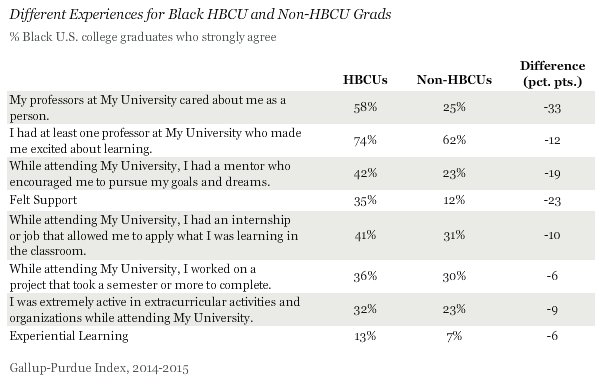 Thank you for this information. It is helpful and insightful for my research topics.

This was an excellent article. I thoroughly enjoyed reading it!