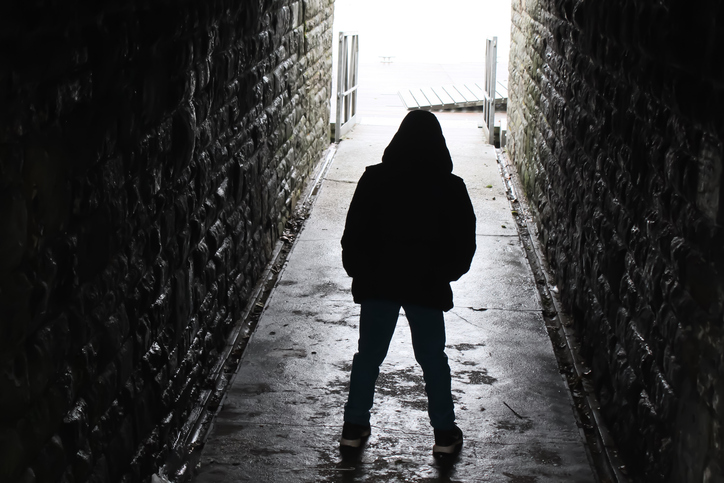 Poor health outcomes of children are on the rise in America. A 2007 report stated that the United States is facing a health care crisis in the future due to the rapid rise of childhood chronic illness. Many causes of childhood chronic illness like poor nutrition and obesity have been established. What is less known is that child abuse and trauma are main contributors of the long-term impacts on health.

ACE’s on the Rise 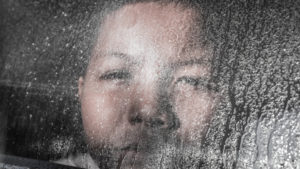 A 2017 report suggests that 674,000 American children are victims of abuse and neglect. This number is estimated to be much higher due to the gross under-reporting of child abuse, especially, child sexual abuse (CSA). When abused children do not get professional help to address the impact the abuse had on them emotionally and physically, there are detrimental consequences. Training professionals to recognize the signs and symptoms of untreated trauma may be the first step in getting people the help they need to heal.

During childhood, Adverse Childhood Experiences or ACE’s, including abuse and neglect, produce a physiological reaction in the body known as the acute stress response. With prolonged exposure, the level of stress the child experiences increase, as do their feelings of powerlessness, which results in toxic stress.

Cortisol and the Brain

One of the primary mechanisms between stress and illness is cortisol, the body’s main stress hormone. This hormone has a critical function in the human body, but the long-term effects of cortisol exposure depend on the stage of brain development when the exposure to stress occurs. Children are especially sensitive to the debilitating aspects of stress since aspects of the brain are still undergoing rapid development.

Cortisol released during the stress response can negatively affect the natural development of the brain, causing long-term damage. This can lead to cognitive impairment including learning disabilities and delays of development and may set the framework for future emotional and behavioral issues. The more ACEs children are exposed to the more toxic stress increases. The cumulative impact that adverse childhood experiences have on a child’s health is profound and lasts beyond childhood.

There is increasing evidence that victims of sexual abuse make up a sizable percentage of the patients at primary care practices, but that effective screening for ACE’s is lacking in the primary care settings. When doctors have patients struggling with issues such as smoking cessation, weight loss, or addiction issues — all possible signs of untreated trauma — taking an ACE’s inventory can provide information to help inform the best treatment approach.

Additionally, trauma histories can provide important information about areas of self-neglect and non-compliance with medical procedures. Doctors may not understand a female patient who is resistant to getting a pap smear, until they uncover there is a history of sexual abuse. The information about the patient’s history explains why she is afraid to be alone in the room with a male doctor for the examination. When the trauma is discussed, solutions can be developed to ensure best care practices for the patient. 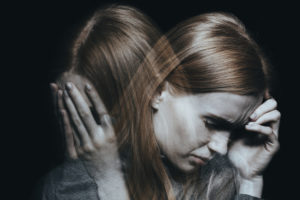 It is estimated that 60% of the American population has had at least one ACE and most primary care physicians treat patients without even being aware that the adversity has occurred. According to the Center for Disease Control (CDC), research suggests that up to 90% of all illness is stress-related. In periods of prolonged stress, higher amounts of cortisol are released into the body. This can cause insulin resistance, contributing to weight gain and the formation of visceral fat further responsible for higher rates of cardiovascular disease, high blood pressure and type 2 diabetes. Cortisol is also responsible for causing inflammation and infection.

Studies show that women who are victims of sexual abuse are more likely to develop chronic obstructive pulmonary disease (COPD) later in life.  In cases of COPD, chronic stress causes the body to deregulate the amounts of cortisol released, increasing inflammation and jeopardizing the immune system. The dysfunction of cortisol is also being researched in the development of cancer. Data indicates that those who have been abused in childhood are twice as likely than others to develop cancer later in life.

Comprehensive history screenings that include questions about ACEs and trauma in adults, may provide primary care physicians critical information about the risk factors of disease and mental health disorders.

Trauma Can Lead to Addiction

The gradual effect of trauma on the brain during neurodevelopment can contribute to the late onset of many mental health issues during adolescence and adulthood. These changes contribute to difficulty with decision making, coping mechanisms, and social interaction. Frequently, this leads to an early initiation of substance abuse and risky behaviors. According to the Rape, Abuse & Incest National Network (RAINN), victims of child sexual abuse are 26 times more likely to abuse drugs and 13 times more likely to abuse alcohol. As adolescent and adult victims search for methods to cope, they often turn to addictive substances. When stress and cortisol levels rise, the nervous system can become dependent and crave addictive substances which release endorphins and provide immediate, short-term relief. 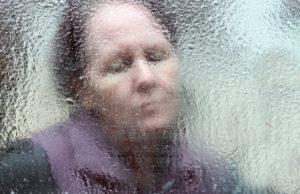 Women who are victims of CSA are three times more likely to become dependent on drugs or alcohol as adults. Victims of CSA also are more likely to engage in high-risk sexual behavior. This includes promiscuity and engaging in unprotected sex leading to increased exposure to Sexually Transmitted Diseases (STD’s) and increased rates of teenage pregnancy.

Training guidance counselors, OB/GYN’s, and police officers, all professionals that might encounter teenagers acting out their trauma, need to be informed about how abuse history can manifest. Directing those individuals to therapy, specific to abuse and trauma, can mitigate the damage and assist the individual in learning healthier ways to cope.

Eighty percent of young adults who have been abused meet the diagnostic criteria for at least one psychiatric disorder by the age of 21. But what if those individuals are not mentally ill but just acting out their trauma in unhealthy ways? It has been estimated that each year, over one million children in the United States are misdiagnosed with a mental illness that could be better explained by trauma. Some kids, as a reaction to trauma, act out their trauma in ways that present like ADHD, conduct disorder, or substance abuse. Others internalize their trauma and it manifests as depression or anxiety. The common problem with both types of behavior is if you do not treat the root cause, the trauma, treatment will be less effective.

Seeing a practitioner who specializes in trauma is a good first step in changing the outcome. People can heal from traumatic events. Resilience is the process of adapting well to adversity, trauma and significant sources of stress with the ability to recoup or “bounce back” from difficult experiences. Exposure to adverse childhood experiences does decrease resilience, but people can be taught coping strategies that can build it back.

It is time we recognize that abuse and exposure to trauma is having a devastating impact on children that affects their health and well-being into adulthood.  Abuse left untreated, results in an increase rates of addiction, re-victimization, criminal behavior, poor health outcomes, and high-risk behaviors including suicide.

Awareness of Trauma as the Root Cause

Providing routine screening that includes recognizing past trauma and child abuse as risk factors of disease and mental health disorders would be beneficial to support adult victims.

Treating the root cause of the maladaptive behavior, the trauma, can mitigate the negative consequences. Given that child abuse is not always disclosed, especially sexual abuse, it is beneficial to develop and support trauma-informed organizations and services that recognize the signs of child abuse and support victims of trauma throughout their lifetime.

Health initiatives that assist in controlling cortisol levels of those exposed to adverse experiences can help to restore health. Additionally, developing community resources to help build resilience in all individuals, even those not yet identified as victims of child abuse, can lessen the impact of trauma and adversity.

With the growing awareness of the prevalence of child abuse in our society, and understanding the serious, long-term health consequences of child abuse, it is necessary to explore the mitigation of the damage that abuse inflicts on children long into their adulthood.

Thank you for helping to get this information to others. I agree that trauma screening should be a part of every yearly physical. For those of us who live with high ACE scores understand the importance.

I have seen how aces affect people in my own family , out of six kids three have died , two brothers at age 50, congestive heart failure and cancer , One sister at age 62 congestive heart failure, another sister is on the verge of being diagnosed with congestive heart failure . The two brothers turned to alcohol and drugs To numb the pain of childhood abuse, me and my sister turned to food, resulting in obesity, which is adversely affecting our health.
Thankfully I made a lifestyle change a few years ago and in the last year have been processing the trauma from childhood.
After reading childhood disrupted, I see my family is textbook for aces.
I’m so thankful to learn about this and get the healing I need.

Thank you so much for this information. I see my husband and the impact that child sexual abuse has had in his life. That powerless feeling and the inability of getting a decent job in spite of being a man with several degrees and extremely intelligent. I really hope that he gets therapy soon.

Good information but still lacking some very key elements. It needs to be discussed how revictimization is a major risk for children sexually abused. Your mentioning of promiscuity and risky sexual behavior is only partially accurate. A lot of this is revictimization and not promiscuity. Many children become lifetime victims of abuse. They don’t all become wreck less , non discerning sex addicts who sleep with anyone available and hate contraception. This write up needs to be edited to reflect these facts.

It makes sense to me that children who are severely abused end up with future health problems. I have seen it in my own family. After suffering severe abuse and neglect (though no sexual abuse), one of my sisters turned to drugs and died at age 40. I have been in psychiatric hospitals for months (at one point for a full year) and struggle with mental illness, PTSD, and issues such as physical pain, weight gain, and an auto-immune disorder, often feeling like my body is worn out at age 45. My other sister suffers from health issues as well. There is no doubt in my mind that being barraged with intense, abnormal stress during your childhood and adolescence with no escape leads to abnormal brain development. It’s only logical. When you spend your childhood just trying to survive, your brain doesn’t have the chance to thrive. It’s focused on fight or flight. It takes a lifetime to heal from childhood abuse and your body never forgets it.