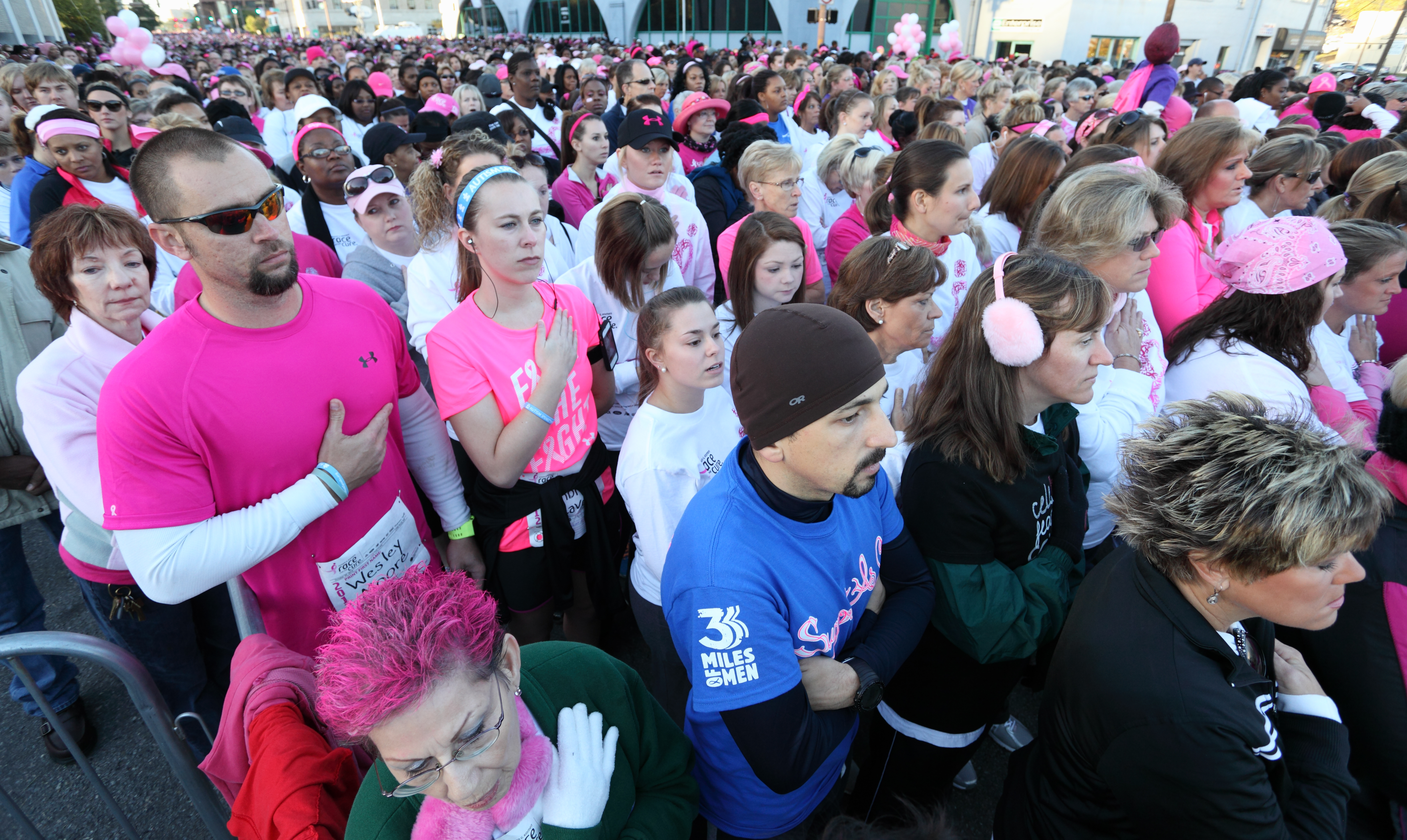 “Nun’s Disease,”  more universally known as breast cancer, is the most common cancer diagnosed in women and second most common cancer worldwide. According to the CDC’s statistics, 1 out of  8 women will be diagnosed with breast cancer within their lifetime. Take a second to think about eight special women in your life. Based off on these statistics, one of those women is likely to be diagnosed with breast cancer! That’s a frightening statistic, considering all the “Think Pink” campaigns and fundraisers that flood our timelines and emails every year in October for breast cancer research. With all the money consistently being poured into research, why aren’t these rates decreasing?  The rates continue to increase, and are even projected to rise by 50% by 2030! What’s the cause of this astronomical prevalence of breast cancer diagnoses?  Japan, a peer nation, has a much lower incidence of breast cancer at 1 in 38, yet, when Japanese women migrate to America their chances of developing breast cancer quickly increase to the incidence rate of their American peers. Clearly, factors related to a western lifestyle are stronger than genetics for the rates to change within a person’s lifetime.

Is the Breast Cancer Epidemic Genetic?

As scientists continue exploring probable causes, we’re learning that a multitude of factors are contributing to this epidemic. Contrary to popular belief, genetics does not seem to be a major player. While a small number of cases can be attributed to a person’s genetic predisposition, according to the National Institute of Health, “Most cases of breast cancer are not caused by inherited genetic factors. These cancers are associated with somatic mutations in breast cells that are acquired during a person’s lifetime, and they do not cluster in families.” Knowing that genetics is not a major has led many researchers to believe that environment is the major underlying trigger.  Endocrine disruptors found in beauty products, GMO’s, chemically processed food, early menarche/late menopause, late childbirth, hormone replacement, alcohol consumption and ionizing radiation are more likely culprits. 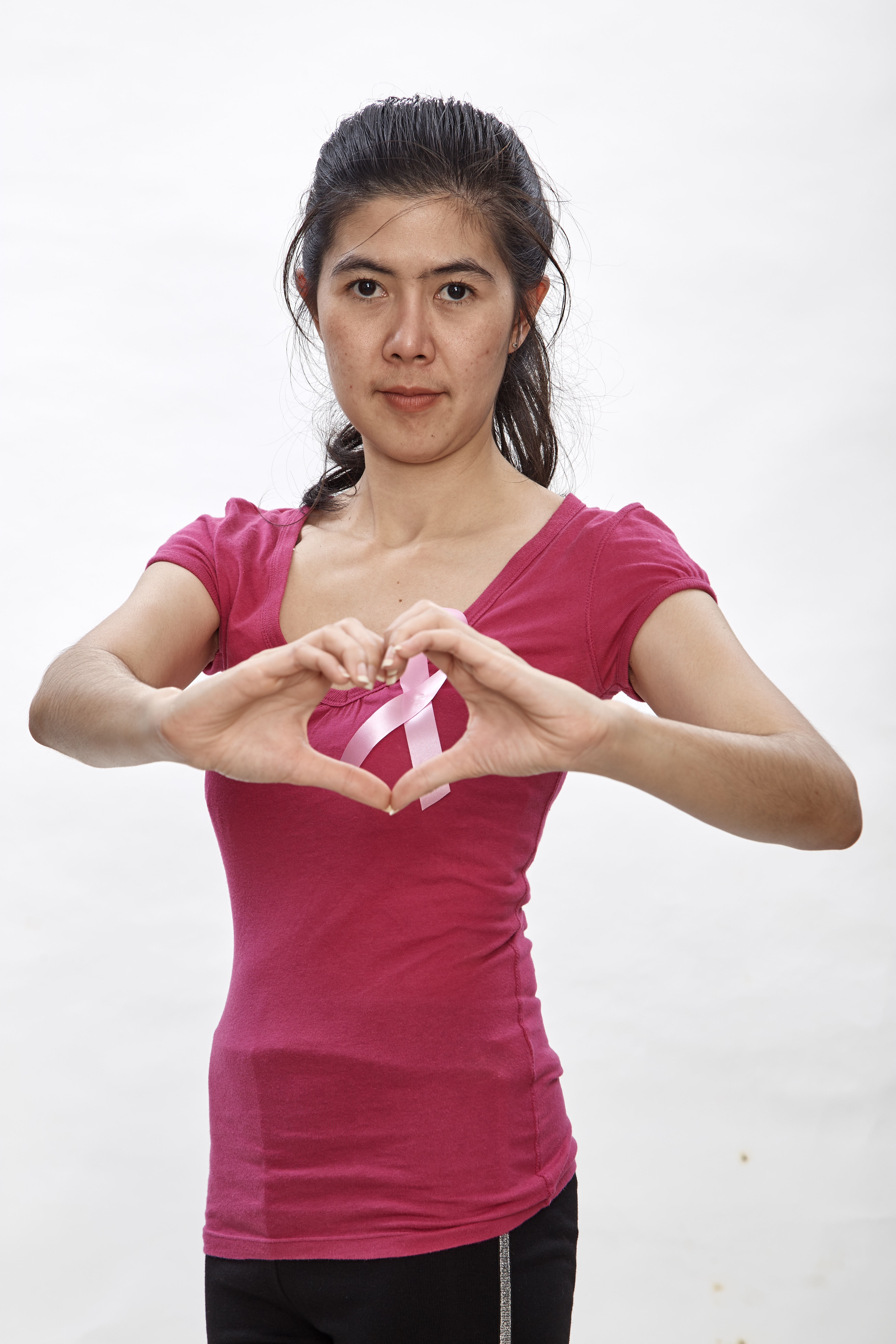 Why is breast cancer dubbed as nun’s disease?  The association between nuns, breast cancer and infertility being a risk factor for breast cancer came to fruition after a study was published in 1969 by The Cancer Institute. Researchers separated and analyzed 31,658 white Catholic nuns by age from 41 different religious orders in the U.S between 1900-1954 to see if their breast cancer mortality rate increased as they aged. Nuns between the ages of 40-74 years old had steadily higher rates of breast cancer than controls for each age group. Infertility, late conception and early menarche are just some probable causes.

Endocrine disruptors such as parabens, phthalates and estrogen diethylstilbestrol commonly found in cosmetics and toiletries are all known to be risk factors in developing breast cancer. Another hormone disruptor that is commonly used in the United States that many do not even associate with breast cancer is the popular contraception method known as the birth control pill.

Birth Control Use in Japan and The United States

Birth control pills weren’t legalized in Japan until 1998. They were the only United Nations member not to approve the contraceptive up until that point, most likely since abortions were heavily lobbied in Japan. Still, unlike the United States where most insurance plans cover birth control pills, insurance in Japan does not. Even with legalization of the pill, Japan’s usage of the pill did not increase significantly. The perilous volume of side effects from the using this type of birth control has been a major reason why 80% of married women in Japan choose to use condoms as their preferred form of contraceptive. 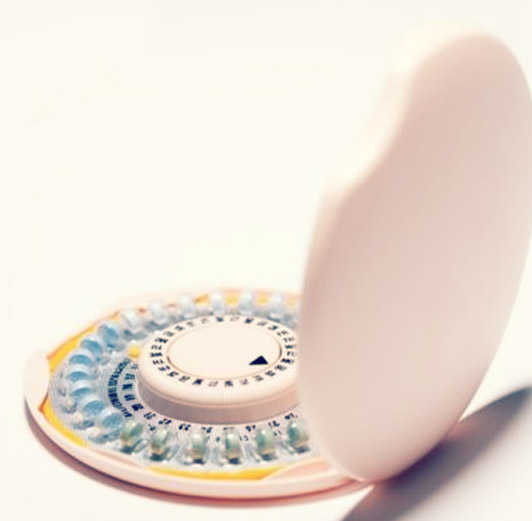 In comparison, hormonal methods are still the largest form of contraceptive used in the United States. According to the Guttmacher Institute, “Seventy-two percent of women who practice contraception currently use nonpermanent methods—primarily hormonal methods (i.e., the pill, patch, implant, injectable and vaginal ring), IUDs and condoms.”

Can the link between the excessive use of hormone-related birth control be a factor in our astronomical breast cancer rates? Research is showing that women who currently take birth control pills are 20 to 30% more susceptible to breast cancer than those whom have never taken the pill.  This could be another reason for the large disparity between American and Japanese-born women.

Are Japanese women migrating to Hawaii increasing their chances of breast cancer compared to Japanese women who stay local to Japan? Gertraud Maskarinec, MD and his team were interested in this theory and wanted to explore it further. The results were truly astonishing. When looking at 40 years of cancer incidence data in Japan and Hawaii, they found that the effect of migration was by far the strongest for colon, stomach and esophageal cancers. Women also experienced a considerable migration effect for endometrial cancer and non-Hodgkin’s lymphoma. Although risks for prostate and breast cancers were not as strongly affected by migration, these cancers added the greatest number of additional cancer cases in Japanese migrants. The migration effect is further evidence that genes play a minimal role in increasing cancer rates. A person’s genetic makeup does not change during their lifetime, but their risk for cancer certainly can. 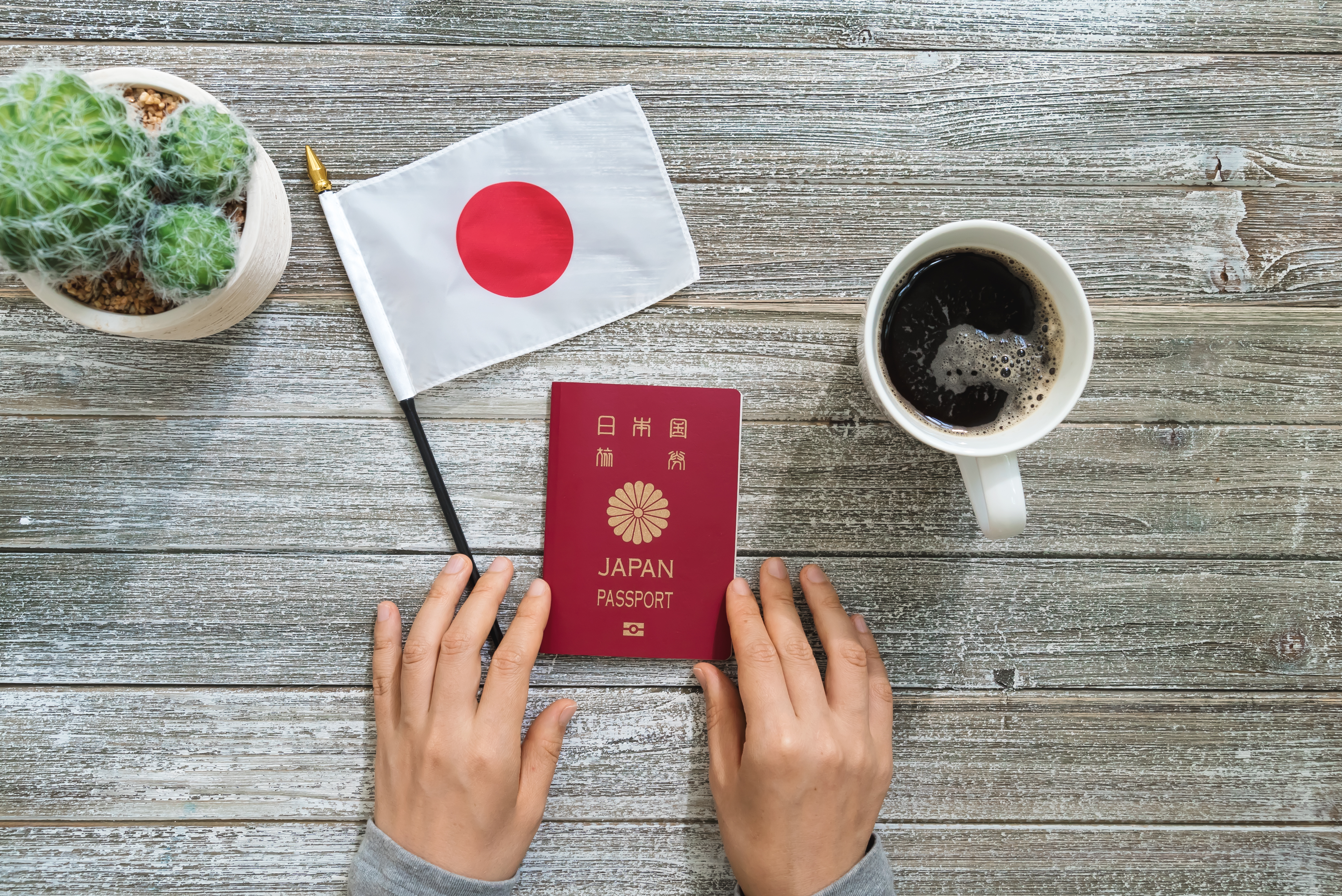 Dr. Jansen-van der Weide, an epidemiologist in the Department of Epidemiology and Radiology at University Medical Center Groningen in the Netherlands, warns young women with familial or genetic predisposition to breast cancer to consider alternative screening methods because the potential risk of radiation-induced cancer may outweigh the benefit of the mammograph. The results they found were that, “Low-dose radiation increases breast cancer risk among high-risk women. When using low-dose radiation among high-risk women, a careful approach is needed, by means of reducing repeated exposure, avoidance of exposure at a younger age and using non-ionizing screening techniques.”

When examining the  standard American diet and comparing  with a prudent,  traditional Japanese diet, the westernized dietary pattern was associated with a 32% increased risk of breast cancer in Japanese women. ”American women generally consume more saturated fats and drink more alcohol compared with Japanese women, according to the authors. Japanese women tend to eat diets high in soy, walk more, and have children later. These lifestyle factors have been known to cause a significant gap in breast cancer rates between the 2 countries; however, the rate of breast cancer has been increasing in Japan. This change has been speculated to be the result of Western influence, according to the Rosewell Park Cancer Institute.

Japanese men and women are globally known as some of the healthiest people in the world and have the lowest rates of obesity within industrialized nations.  They attribute a lot of their healthy statistics to an ingredient called miso, a fermented soy bean product, that is a staple in most Japanese diets.  Miso contains the isoflavone genistein which some research is showing can decrease the chances of developing breast cancer. 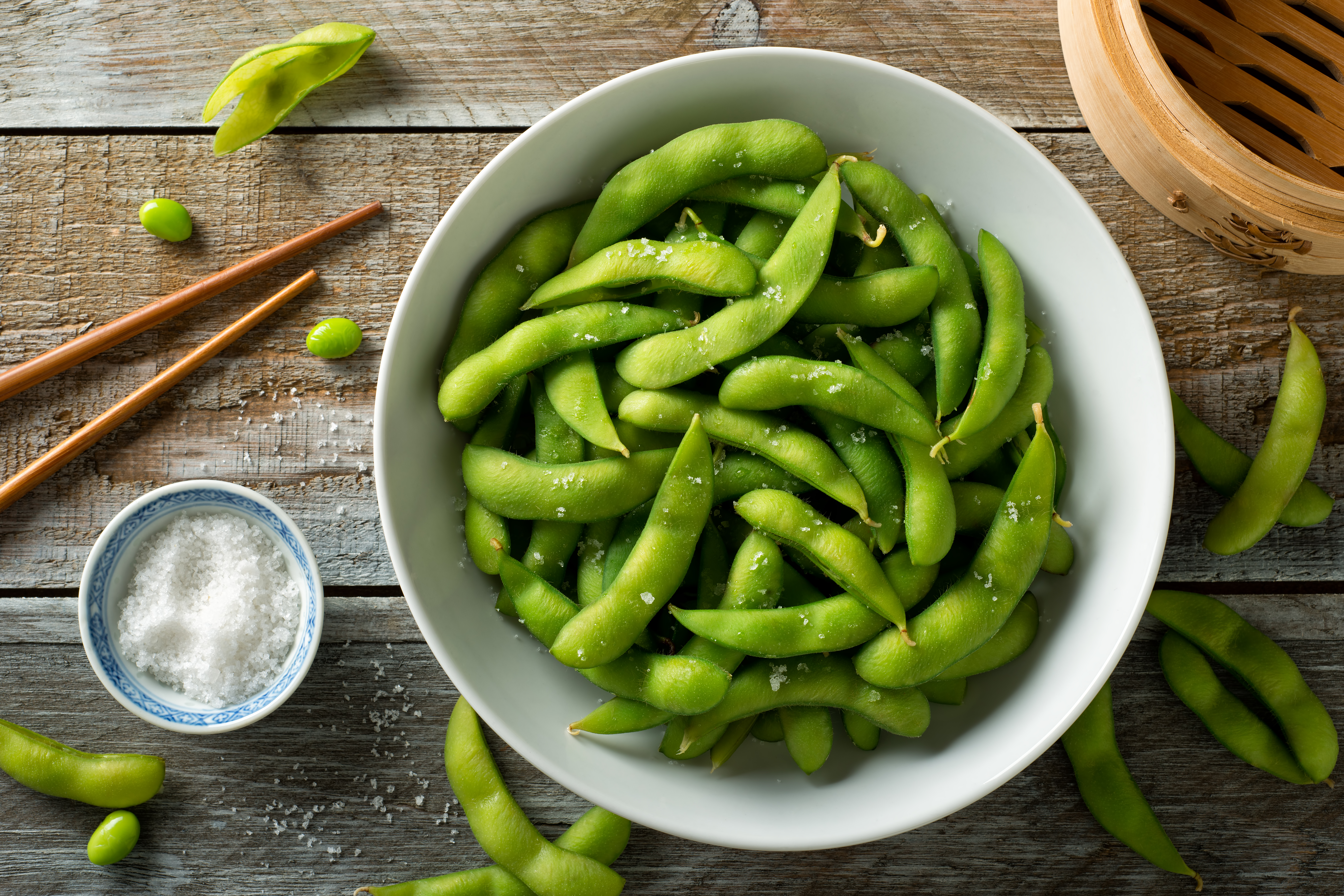 Seeing these results and then comparing them to Japanese-born woman in the United States, shows us the importance of eating a healthy diet. Processed meat is a huge market in the United States and consumption has been shown to have an association with an increased breast cancer risk. Using soy as a meat substitute does significantly reduce the amount of growth hormones compared to those who chose a non-GMO plant-based diet. However, with soy becoming more and more GMO based, we might start to see different trends. When we take a deeper look at American breast cancer rates, the trends do not seem to be getting any better.

Caucasian women in America are more likely to be diagnosed with breast cancer but African-American women have higher mortality rates from breast cancer.  This is due primarily to socioeconomic factors causing a wide disparity. Factors such as minimal or no medical insurance, poverty rates and lack of resources make mortality rates twice as high for African Americans compared with Caucasian Americans. These economic barriers to health care access play a large role in delays in breast cancer diagnosis and treatment.

As research dollars keep rolling in, we are no closer to understanding the cause. What we do know is that as our western lifestyle continues to inoculate itself into other countries, and as we see immigrants adopting our dietary habits and high stress lifestyle, we are on the trajectory to a catastrophic future. The preservation of food and medical traditions from health-conscious cultures such as Japan need to remain a priority to continue the ongoing trend of longevity that they currently are applauded for. 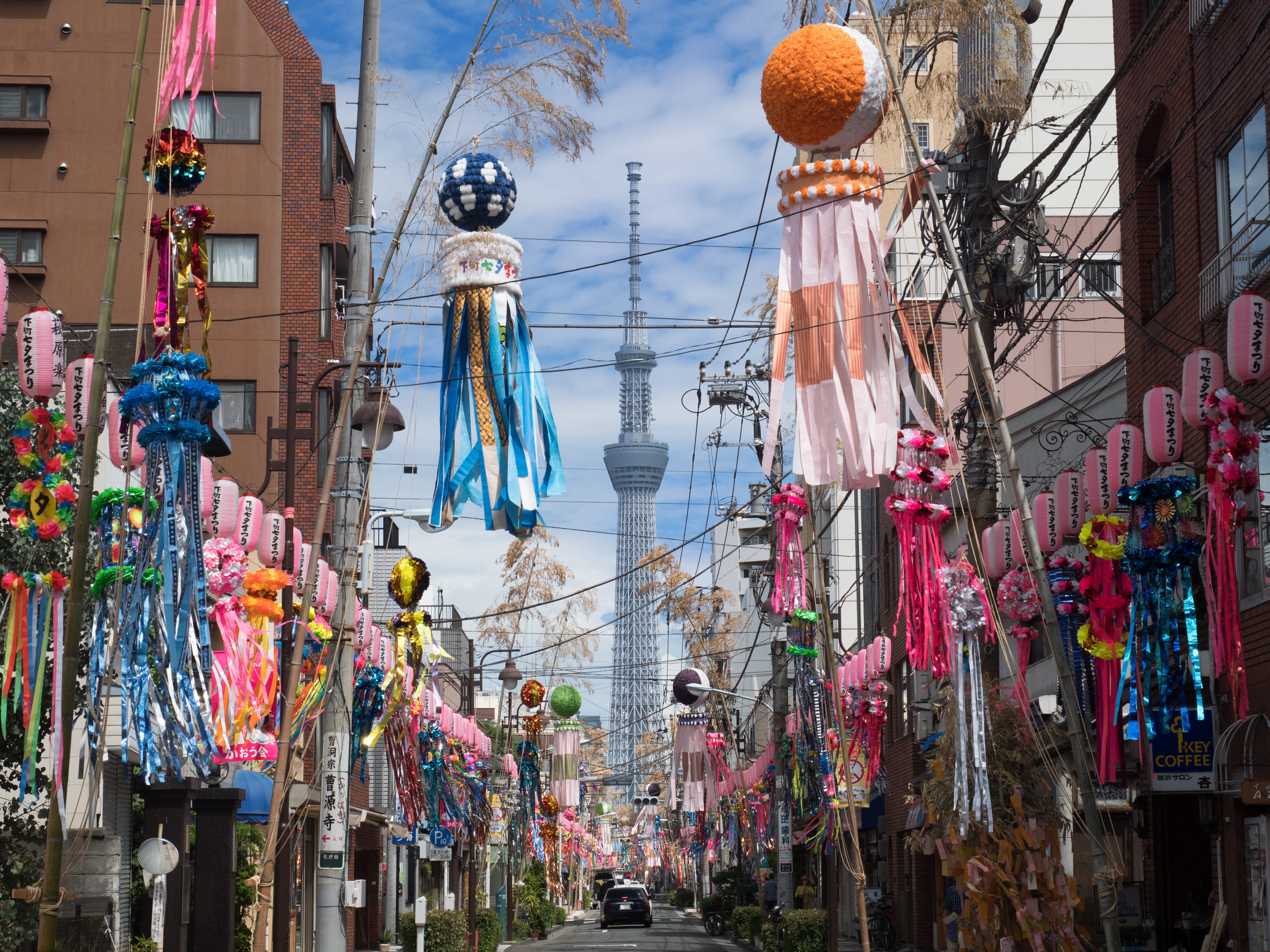