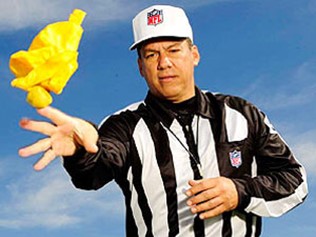 For an organization that committed $250 million to combat systemic racism, they might start by looking at home. Minorities are abysmally present in their coaching staff and management positions, which flies in the face of the over 70% of players who are of color. But that’s not the only crack in the veneer. In 2013, The National Football League agreed to pay $765 million to settle a lawsuit brought by more than 4,500 players and their families, to settle accusations that the league concealed what it knew about the dangers of repeated hits to the head. The settlement was considered a win for the NFL, which brings in $10 billion in revenue every year. While plaintiffs would have liked more, they were out of time as their health and neurological issues continued to decline. Compensations were supposed to be based “solely on a player’s age and years in the league, not the position he played or the number of concussions he might have sustained.” “Delay, Deny, and Hope You Die,” is the mantra many of the former players have adopted as they try to navigate the payment process. Two retired players have accused the NFL of discriminating against Black players who filed dementia-related claims. The problem arises with the use of “Heaton Norms,” which are intended to correct for racial or ethnic differences, along with other variables such as age, education and gender. Many former players were assessed by their doctors objectively, without adjustments, and therefore, qualified for a payout. In many of those cases, the NFL appealed the ruling, assessed the players using the Heaton Norms, and then denied their claim.

According to researchers, the Heaton Norms, or baseline adjustments, should not be used in these types of evaluations. “The norms are appropriate for use in clinical interpretations of an individual’s performance,” said Robert Stern, a neuropsychologist and professor of neurology at the Boston University School of Medicine. “But when they are used across the board in an algorithm to determine monetary compensation, it is inappropriate and results in injustice and racial inequities.”
The special master in the settlement, an impartial appointee who hears evidence and makes recommendations to the judge in appeals, acknowledged that “African-American-specific norms increase the rate of false negatives” and that some Black ex-players “may be denied access to necessary benefits or compensation solely on the basis of race.”

The settlement administrator does not publish data on the race of applicants. However, about two-thirds of the roughly 3,000 claims submitted by all ex-players have been for dementia, and about three-quarters of those claims have been denied, most of them by players of color. All the commitments to racial justice do not amount to much when the organization does not honor diversity and practice anti-racism within its own ranks. All the foundations and feel-good commercials fall flat when there’s no conviction behind the words.

It’s 2021–time for the NFL walk the walk and just do better.