Focus for Health received a grant from Vitamin Angels in March of 2016 to help support the children of Flint, MI. Vitamin Angels is a charitable organization which provides no-cost vitamins and minerals to “ensure that at-risk children and mothers around the world receive the essential nutrients that they need to live healthy lives.”

To say Thank You, Focus for Health has donated to their cause.

Our mission is to help at-risk populations in need – specifically pregnant women, new mothers, and children under five – gain access to lifesaving and life changing vitamins and minerals.

What Does Vitamin Angels Do?

In 2015, Vitamin Angels connected over 48,000,000 children and mothers in 54 countries, including the US, with the vital nutrients they need as a foundation for good health.

Howard Schiffer founded Vitamin Angels in 1994 using his experience as a midwife and his success in the natural products industry.

In his early 20’s, Howard began developing his first passion: childbirth education and midwifery. He attended over 55 births as part of the home birth movement, an incredible experience that helped shape his interest in maternal and child health.

Building on this experience and his extensive nutritional research, Howard began a career in the natural products industry launching a number of nationally recognized brands. After 14 years of corporate success, he realized that if he really wanted to make the world a healthier place, he should be focusing on mothers and children in need.

In January 1994, the Northridge Earthquake hit Southern California, and a relief agency contacted Howard requesting a donation of vitamins for victims. Using his connections in the natural products industry, Howard made it happen. Soon after, he learned how inexpensive vitamin A supplementation is, the dramatic impact it can have on a child’s life, and how few children who truly needed it had access to it. He started Vitamin Angels just three weeks later. 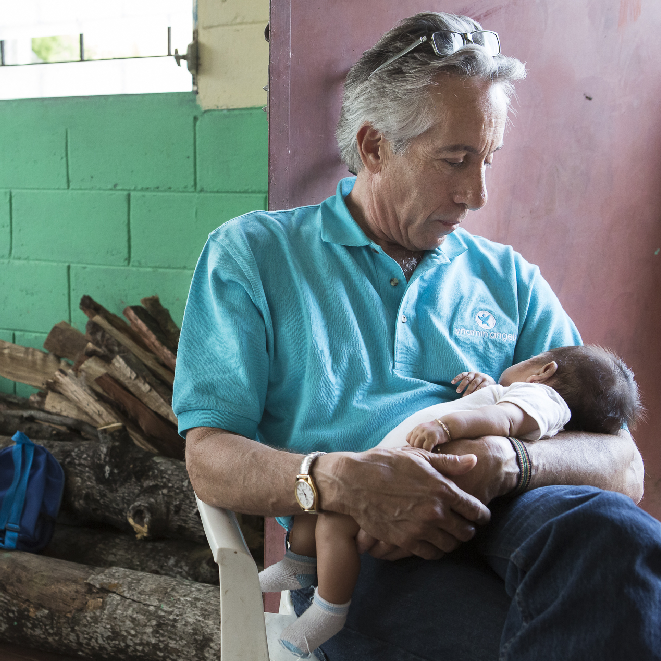 In its first year, Vitamin Angels gave over 100,000 vitamins to families in need. Howard took out a 3rd mortgage on his home to keep the organization going while it relied on all-volunteer staff and few resources for years.

Despite all the challenges, nothing could slow Howard. Not even the loss of his home in 2009 to the Jesusita fire in Santa Barbara, California, where Vitamin Angels established its headquarters. With the same determination, and help from the team of supporters he gathered along the way, Howard continued to press on towards a healthier world.

More than twenty years later, Vitamin Angels continues to grow and expand its reach to more mothers and children in need in more countries around the world. Howard’s organization has come a long way from its humble beginnings yet he continues to lead the team of now 35 individuals with the same care, love, and passion that were there at the start.

Please visit www.vitaminangels.org for more information about Vitamin Angels and the source information for this page.

See other partners of Focus for Health Foundation