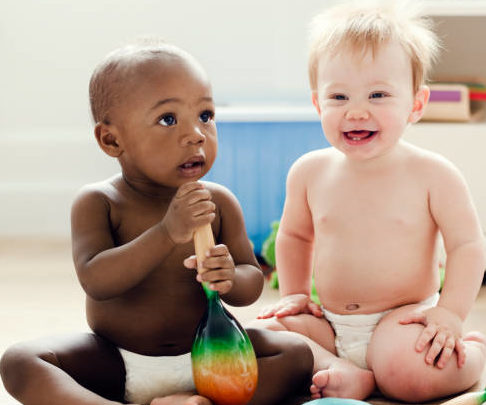 Most humans have two sets of teeth: a set of 20 primary teeth that are shed and replaced by 32 permanent teeth. Primary teeth begin to mineralize at approximately the fourth fetal month, begin to erupt at approximately 6 months of age, and are completely formed by 2 to 3 years of age. These time frames coincide with known sensitive periods of brain development. Metals are critical in neurodevelopment and dysregulation in early life has been documented in autism spectrum disorders (ASD)s.

The fetal brain produces about 250,000 neurons every minute during pregnancy and experiences that interfere with that process affect the developing brain in lasting ways. Studies have linked autism to a number of factors in pregnancy, among them being the mother’s diet, prescription medication and mental, immune and metabolic conditions, including preenclampsia (a form of high blood pressure). Birth complications and timing may also play a role.

During development in the womb and throughout childhood, baby teeth form a new tooth layer  every single day. The layering is a daily process and the imprinting offers a chronological record of exposure that is essential for understanding the effects that abnormal metabolic cycles can have on neuronal development. Exposure to mercury, zinc, copper, other metals and essential nutrients can be documented and this is important because the chemicals circulating throughout the body are imprinted on these layers. 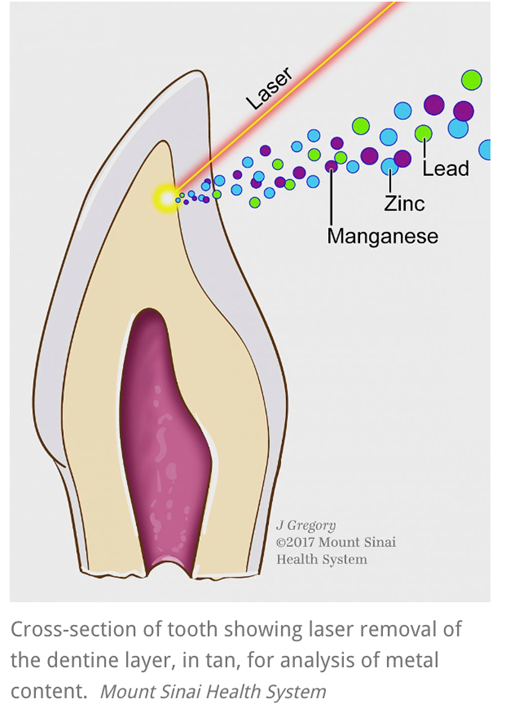 In a 2018 nationwide study of twins from Sweden and three independent groups from the United States and the UK, laser ablasion technique was used to sample each tooth at an average of 152 locations. To detect presence of metals, researchers studied the zinc-copper cycles – which regulate metal metabolism. The data from the analyzed teeth covered primarily the second and third trimester through a few months after birth. The autism cases had three quantifiable characteristics altered:

With two distinct classification models, the researchers achieved 90% accuracy in classifying cases and controls, with sensitivity to ASD diagnosis ranging from 85 to 100% and specificity ranging from 90 to 100%. These findings suggested that altered zinc-copper rhythmicity precedes the emergence of ASDs.

In another innovative study funded by the National Institute of Environmental Health Sciences (NIEHS) researchers studied twins to control genetic influences and focused on possible environmental contributors. The researchers used lasers to map the growth rings in baby teeth generated during developmental periods.

The laser extracted precise layers of dentine, the hard substance beneath tooth enamel for metal analysis. The findings suggested that differences in early-life exposure to metals, or how children processed them may affect the risk of autism. Higher levels of lead were observed in children with autism throughout development, with the greatest disparity observed during periods after birth. A lower uptake of manganese was observed in children with autism both before and after birth. The pattern was different for zinc, autistic children had lower zinc levels earlier in the womb but these levels then increased after birth. This study suggested that metal toxicant uptake and essential element deficiency during specific developmental windows increased ASD risk and severity, supporting the hypothesis of systemic elemental dysregulation of ASDs.

Both studies have indicated that exposure to heavy metals at high levels can be toxic for brain development and is linked to autism and its severity. It is worth noting that autism is a multifactorial condition meaning a variety of factors likely contribute to the development of the condition. 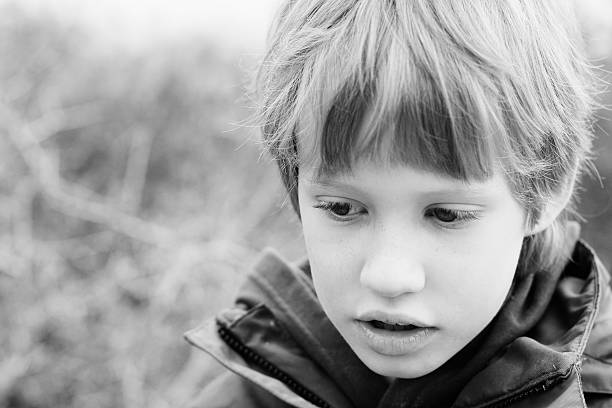 When considering the fact that approximately 1 in 59 U.S children are identified as autistic by the U.S Center for Disease Control and prevention, baby teeth analysis has groundbreaking potential in the understanding of how autism develops and how it might be prevented. We can shift our focus to look at metabolic cycles to understand how children are processing nutrients, as opposed to just looking at their exposure to toxicants. These biological signatures exist prenatally and at birth, opening up the possibility of developing a diagnostic test that could be administered in early postnatal life, years before the current clinically based diagnostic tests are possible.