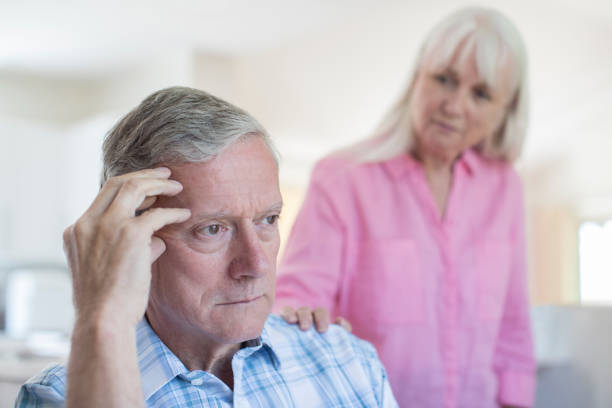 Over the past few years dementia has skyrocketed to become the 6th leading cause of death in the United States. Dementia is a general term for a decline in memory, reasoning or other thinking skills severe enough to interfere with daily life. 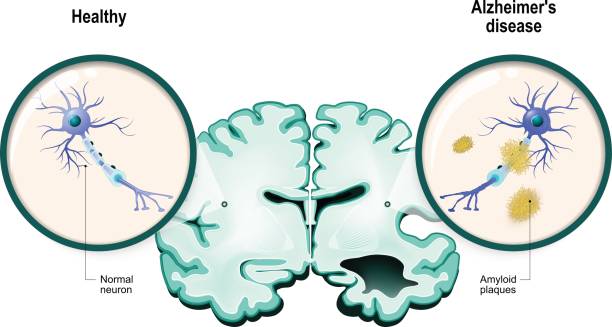 Alzheimer’s on the other hand is a degenerative brain disease that is caused by complex brain changes following cell damage. It often involves the accumulation of two proteins – tau and amyloid in the brain. Alzheimer’s disease is the most common cause of dementia and constitutes 60-70% of these cases, yet we don’t know what exactly causes it. The most common and early symptom of Alzheimer’s is trouble remembering new information because the disease typically impacts the hippocampus (a brain area involved in the formation of new memories and also associated with learning and emotions).

Use of Anticholinergic drugs

Anticholinergics are a class of drugs that work by blocking acetylcholine from binding to its receptors. Acetylcholine is a chief neurotransmitter of the parasympathetic nervous system which contracts smooth muscles, dilates blood vessels, increases bodily secretions and slows heart rate. The parasympathetic nerve impulses that are blocked are responsible for the involuntary muscle movement in the gastrointestinal tract, lungs, urinary tract and other parts of the body.

Anticholinergics can treat a variety of conditions, including:

Why should they be avoided by the elderly?

Drugs with anticholinergic action are widely prescribed in the elderly population due to their potential clinical benefits. The substantial decrease in cholinergic neurons in the brain of older individuals causes the central nervous system to be very sensitive to anticholinergics.

Additionally, medications stay in an older person’s system longer. The lower ability of the liver and kidney to break-down and excrete medication, and the increase in the blood-brain barrier permeability which allows drugs to cross more easily into the brain, are major factors contributing to anticholinergic side effects in older adults.

Anticholinergics also decrease how much you sweat. It is very common for older adults to become dehydrated and for their core body temperature to rise. They’re at risk for stroke blurry vision, dizziness, drowsiness, dry mouth, urine retention, constipation, delirium and hallucinations. 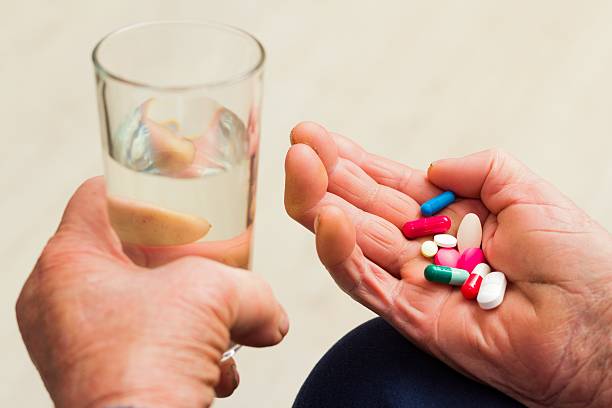 A 2015 study published in JAMA international Medicine noted that higher cumulative anticholinergic medication use was associated with an increased risk for dementia. Over 3,400 participants aged 65 and older with no dementia were enrolled and the data in the study were evaluated from the Adult Changes in Thought (ACT). The scientists discovered that the most common anticholinergic drug classes used by the elderly in the study were, tricyclic antidepressants, first generation antihistamines and overactive bladder antimuscarinics (a group of anticholinergic drugs that competitively inhibit postganglionic muscarinic receptors thus increasing bladder control). Overall, a higher cumulative use of anticholinergic medications (3 years or more) across all subclasses was linked with a 54% higher risk for developing dementia than taking the same dose for 3 months or less. The results also suggested that the risk of dementia with anticholinergics remain even after drug discontinuation.

A case-control study published in 2019 in JAMA Internal Medicine also highlighted risk of dementia with long-term use of anticholinergics in persons 55 years or older.

Benzodiazepines constitute one of the most commonly prescribed medication classes among the elderly and are used primarily for management of anxiety and insomnia. Familiar names include Xanax, Ativan and Valium.  They are a class of agents that work in the central nervous system and act on specific receptors in the brain called gamma-aminobutyric acid – A (GABA-A) receptors. Benzodiazepines attach to these receptors and make the nerves in the brain less sensitive to stimulation, which causes a calming effect.

Benzodiazepines can treat a variety of conditions, including:

A group of scientists from Canada and France linked benzodiazepine use to an increased risk of being diagnosed with Alzheimer’s disease. The results in this study showed,  the higher a person’s cumulative dose of benzodiazepines, the higher their risk.

The researchers studied the database of the Quebec Health Insurance Board (RAMQ) to analyze the development of Alzheimer’s disease in a sample of patients aged over 66 years who had been prescribed benzodiazepines. They identified 1,796 cases of Alzheimer’s disease and monitored them for a period of at least 6 years. To carry out the case-control study, they then compared each of these cases with 7,184 healthy people of corresponding age, sex and duration monitoring. Results of the study showed that the use of benzodiazepines for three months or longer was associated with an increased risk (up to 51%) of later developing Alzheimer’s disease.

According to a recent study published in the New England Journal of Medicine benzodiazepines are safe when used for one month and only used when needed. When patients treat them more like a daily vitamin and use them for an extended period, they can become addicted and their risk of experiencing events like cognitive decline, falls and increased rates of emergency visits and hospital admissions goes up.

These findings are intriguing, but they aren’t conclusive and additional research will undoubtedly provide more information about the potential impact of anticholinergics and benzodiazepines on dementia risk. Geriatric prescription of these drugs cannot always be avoided, and priority should be given to drugs with mild anticholinergics and benzodiazepine dose levels.