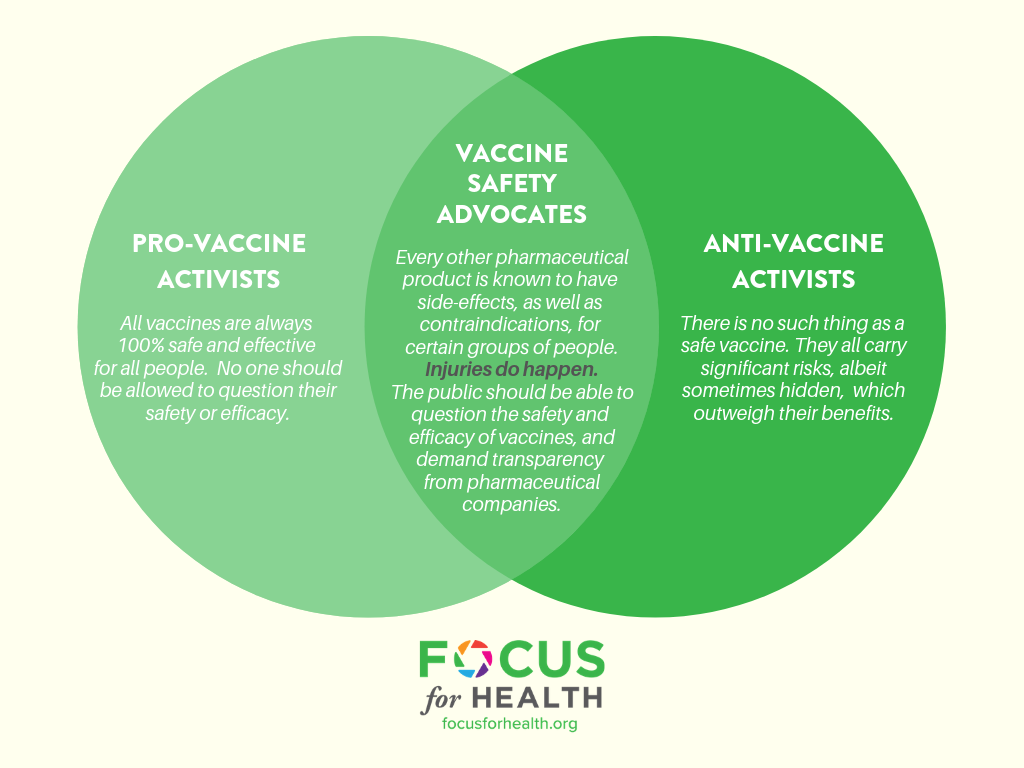 In 2019 the World Health Organization (WHO) named “vaccine hesitancy” one of the greatest threats to public health. The United Nations has suggested those who are being public about their questioning of the safety of vaccines are more dangerous than the disease.

The new party line for the media, the WHO, and UNICEF is that vaccines are “100% safe and effective” and “perfectly safe.” People are injured by vaccines as acknowledged by the federal government through the Vaccine Adverse Events Reporting System (VAERS) and the National Vaccine Injury Compensation Program (NVCIP).

Unfortunately, pharmaceutical companies have too much influence — over politicians, academic institutions, and the media.

There is no longer any middle ground or room for discussion.

This means there is no ability to protect a vulnerable person from unnecessary harm.

I was at the French Open 4-5 years ago and met a man who had the flu shot and developed Guillain-Barré Syndrome (GBS). He later had to stop tennis and retired at 63. A 22-year-old baseball player came to the office with his arm in a sling after losing the use of his arm from GBS following the flu shot.

Somehow the United Nations and the public must realize that people who question safety issues aren’t anti-vaccine.

It just makes no sense to carelessly destroy the lives of vulnerable people, when further research, improvements, and pharma accountability could potentially prevent these injuries and occurrences.