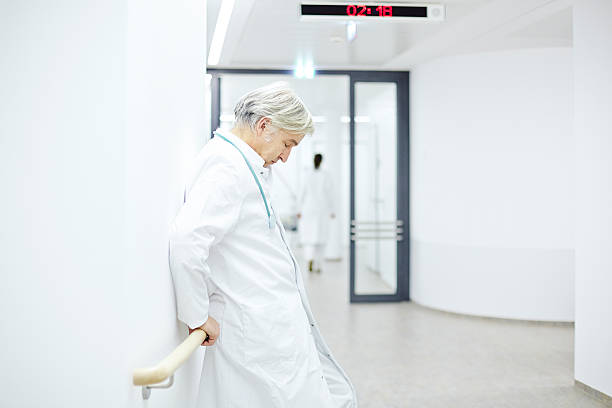 It is important to assess the capacity of the nation’s future physician workforce, to give us the information we need to optimize and deliver high-quality health care to the U.S population. With an aging general population the Association of American Medical Colleges projects a severe physician shortage, particularly in the primary care fields by the year 2032. The shortfall range for 2032 is projected to be between 47,000 and 122,000 physicians. 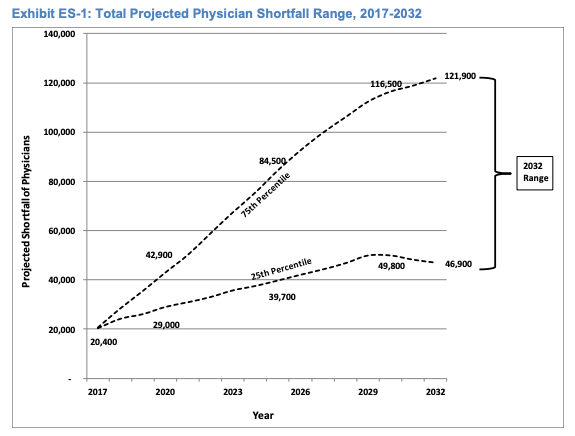 Source: The Complexities of Physician Supply and Demand

The 25th to 75th percentiles of the shortage projections reflects the most likely outcomes. The range grows over time, reflecting the growing uncertainty in key supply and demand trends.

Changing dynamics in the healthcare field, including the implementation of the Affordable Care Act (ACA), declining reimbursement, rising costs, an increased level of regulatory compliance and the implementation of electronic medical records (EMR), have placed older physicians at a crossroads. While certain physicians welcome the new changes, others are not as optimistic about the state of the medical profession. The rules and laws that have interfered with the doctor-patient relationship have driven American physicians’ morale lower and is encouraging them to leave medical practice at the time the American public needs them most.

Earlier this year the WHO officially recognized burnout as a medical condition. In a recent Medscape survey,  44 percent of American physicians reported feeling burned out, 14 percent reported having thoughts of suicide and 15 percent reported feeling depressed. According to a review of 10 years of literature presented at the American Psychiatry Association annual meeting in 2018, an estimated 300 to 400 doctors kill themselves each year. Today, the number of physician suicides is more than twice that of the general population.

States should be encouraged to expand the scope of practice of nurse practitioners and physician assistants.

Working with the Educational Commission for Foreign Medical Graduates (ECFMG) to remove red tape for competent foreign doctors. Much of the red tape surrounding foreign medical graduates (FMG) visas has been an attempt to maintain the opportunities of American citizens.

The American Association Medical Colleges (AAMC) should work on increasing the number of medical schools while expanding its total enrollment of students.

Changes should be made on licensing laws that would make it easier for physicians licensed in one state to practice in other states. This will spare the physician who holds licenses in other states the hardship of repeating costly and time-consuming licensing procedures.

Physicians should be liberated from protocol-based tasks that could be performed by well-programmed computers and physician assistants. Doing this will allow them to  build relationships with patients, create care plans and coordinate care for patients with complex, challenging illnesses.

Great article! It is indeed a growing crisis that should be addressed. Physicians today are facing enormous amounts of pressure that lead to burnouts, thereafter leads to decreased work productivity, medical errors, exhaustion, malpractice, and low quality of work. On top of these adverse effects, they are still expected to brush it aside and perform at the top of their profession with each patient. They are essentially regarded to be superhuman by patients. Sadly enough, many doctors internalize the feeling of being superhuman until it hinders their ability to recognize their vulnerability and they become less aware of fatigue, stress, and burnouts. Many medical associations should advocate for the health of doctors and facilitate health interventions that ensure doctors are genuinely happy in their profession and are able to share their passion with new talents in the medical field.