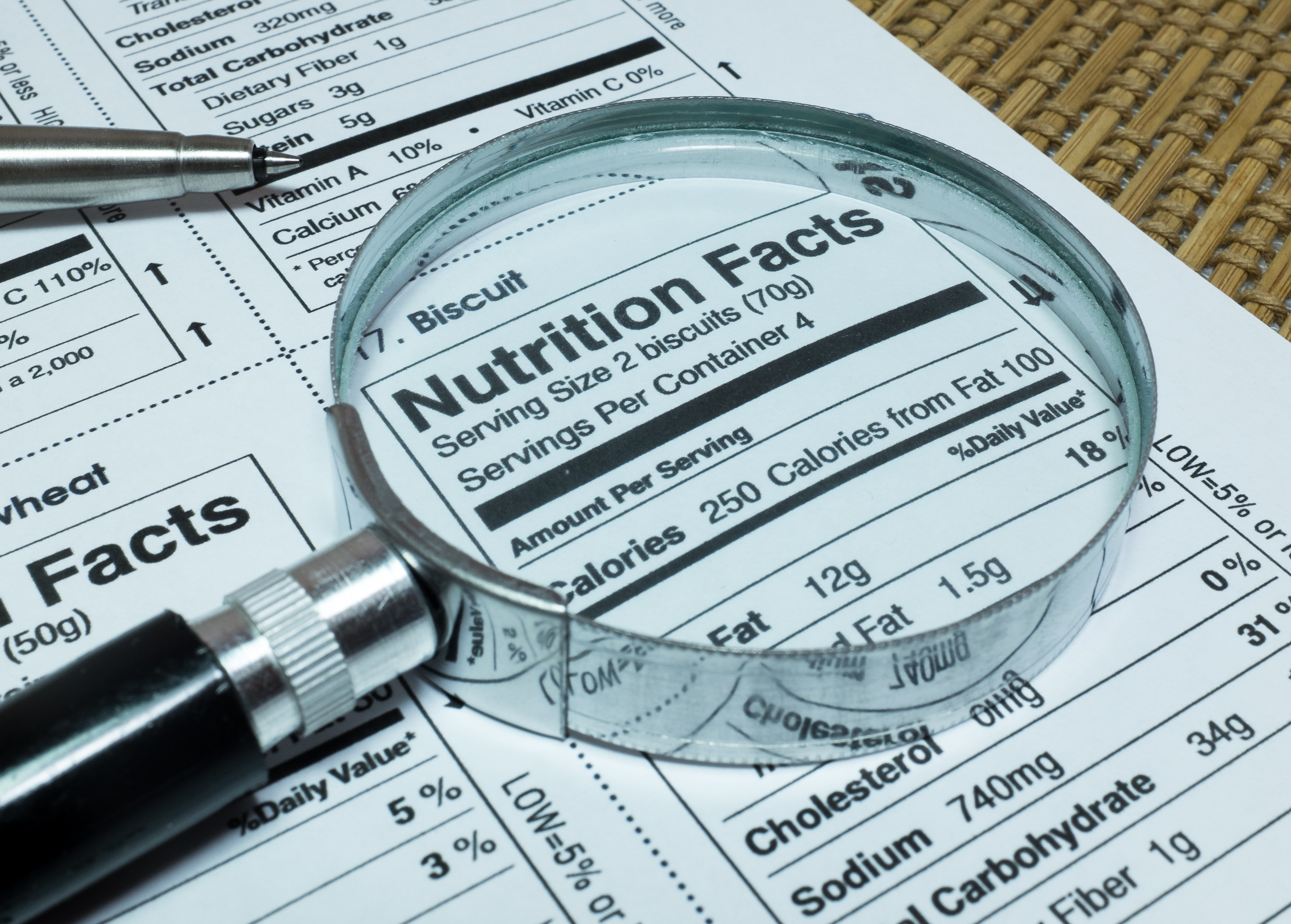 If we are to believe the old saying that “you are what you eat”, some of us may have a change of heart about our eating habits. Food labeling is critical to keeping our food systems safe, holding manufacturers accountable, and ensuring we’re eating the way we choose to eat. 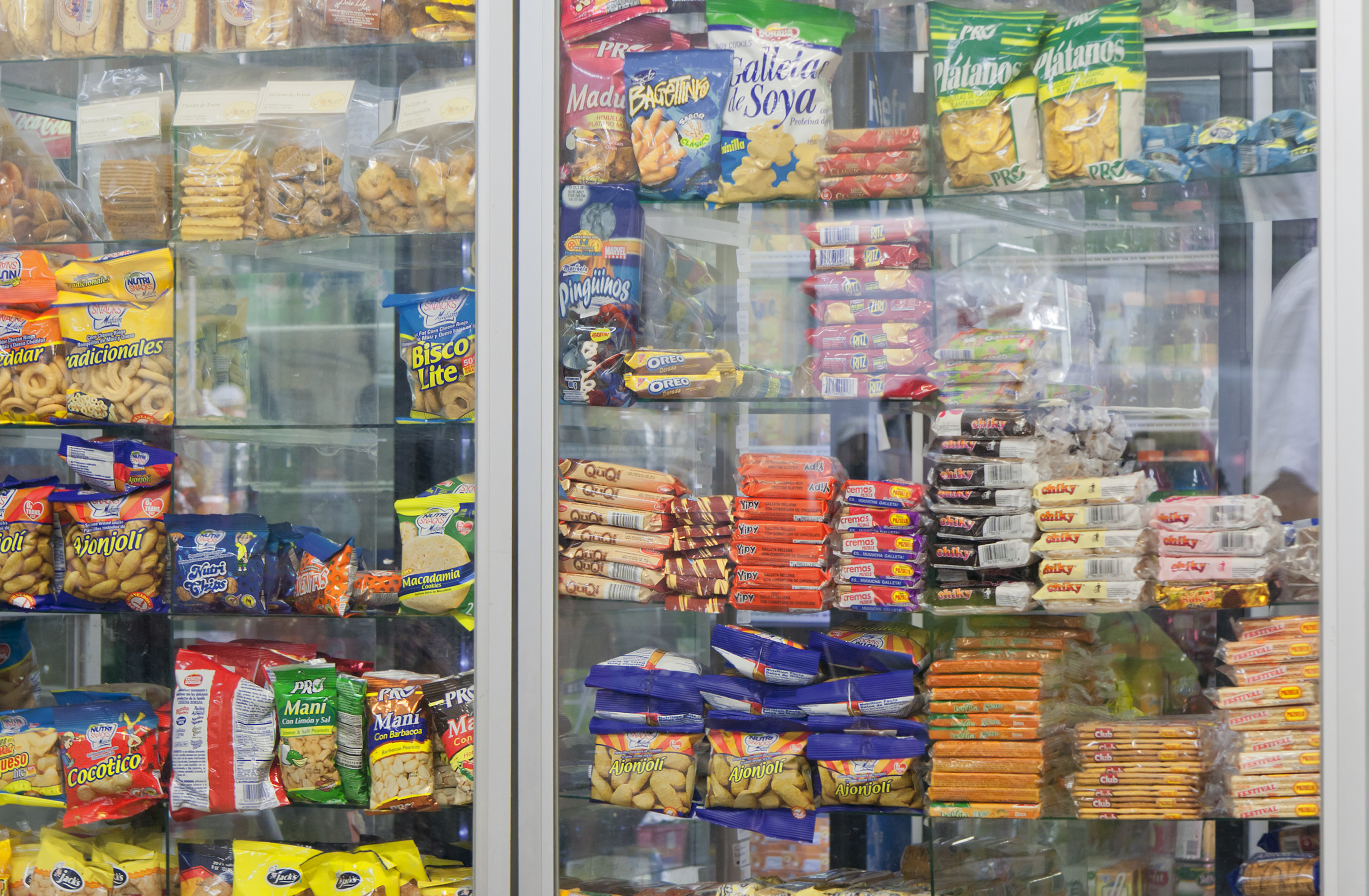 The birth of a comprehensive food labeling system came in response to a familiar dilemma: the rise of processed foods. Up until the late 1960s, only a select few foods had caloric or sodium content labeling as they were for “special dietary uses”. Because most meals were prepared at home, consumers didn’t have a need for food labeling and nutrition content, but in 1969, the White House Conference on Food, Nutrition, and Health pitched to the Food and Drug Administration (FDA) a system for identifying nutritional qualities of food. After nearly 4 years of drafts and proposals, a loose framework of regulations was presented on FDA-regulated foods. Recommended dietary allowances were established in 1968, so they were the basis of the percentages displayed. Regulations remained untouched until 1978, where the Federal Trade Commission held hearings that lead to a vast majority of commenters favoring mandatory nutrition labeling. As we all know, 41 years later in 2019, mandatory nutrition labeling is still not the norm. Although the 1990 Nutrition Labeling and Education Act (NLEA) required the FDA to label most foods and nutrient content claims be consistent with regulations, the opacity of these regulations has remained a flash point in nutrition discourse.

What Do These Labels Actually Mean?

A study published in Procedia Food Science found that 80% of respondents had the opinion that food labels exist to show an expiry date, while 74% had the opinion that food labels were for nutritional composition. Expiration dates are incredibly important, as eating spoiled or “past-due” food has an acute impact on one’s health, but do they mean what we think they mean? As it turns out, expiration dates are almost entirely arbitrary. Most expiration dates do not indicate food safety but do indicate when manufacturers think that product will stop looking and tasting its best. 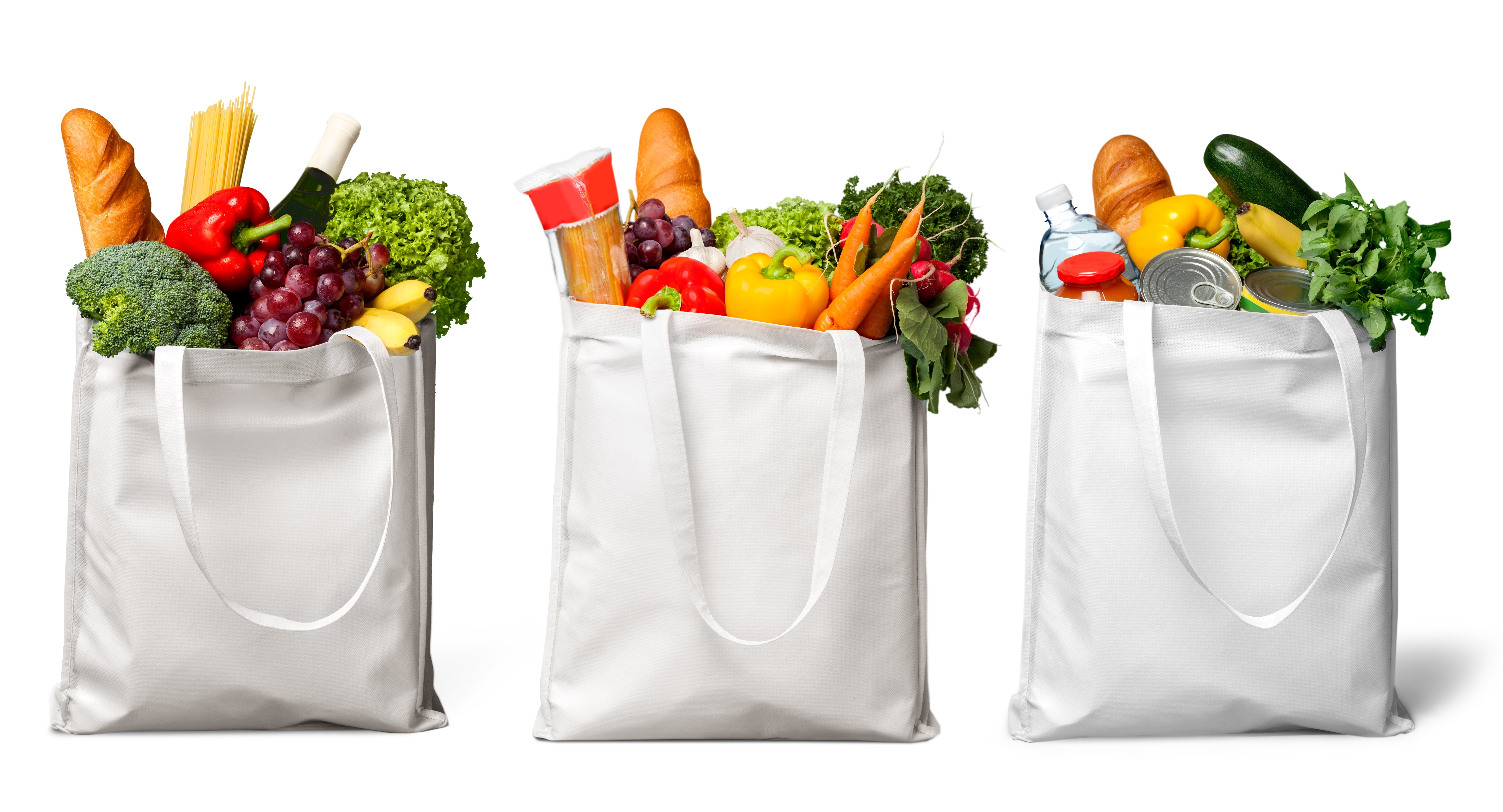 In 2017, the Food Marketing Institute and an association on behalf of the grocery industry announced voluntary standards on food-date labeling. The first issue with these standards is the fact that they are voluntary. It’s useful to provide guidance to the industry through these standards, but to set standards without requiring or incentivizing adherence to them comes across as a toothless effort that’s out of touch with what consumers want. The Harvard Law School Food Law and Policy Clinic (FLPC) noted the same issue with the standards: 27 states had laws that conflicted with the voluntary standards announced in 2017, meaning that manufacturers couldn’t use the voluntary standard if they wanted to. This creates a system where each state has different practices, procedures, and operations. In a world where commerce is being increasingly globalized, the lack of an overarching system of mandatory standards leaves room for legal maneuvering that comes at the expense of the consumer.

One of the glaring examples of this is the term “natural” and its subsequent labeling issues. The FDA sought comments and information regarding the term “natural” in 2015, and as of 2019, have yet to provide a definition, guidance, or any sort of framework. Because the FDA has no federal definition of natural, consumers are at the mercy of manufacturers and organizations to define what “natural” means. Some may be comfortable with allowing conglomerates to define terms that directly affect their bottom line, but it seems only logical that this task be left to the FDA (with the input of consumers).While the aforementioned “best if used by” and “use by” dates were discussed, the FDA allowed manufacturers to use whatever terminology they want to convey health risk, effectively admitting that the two previously mentioned terms have nothing to do with actual health risk and everything to do with the suggestions of the manufacturer. 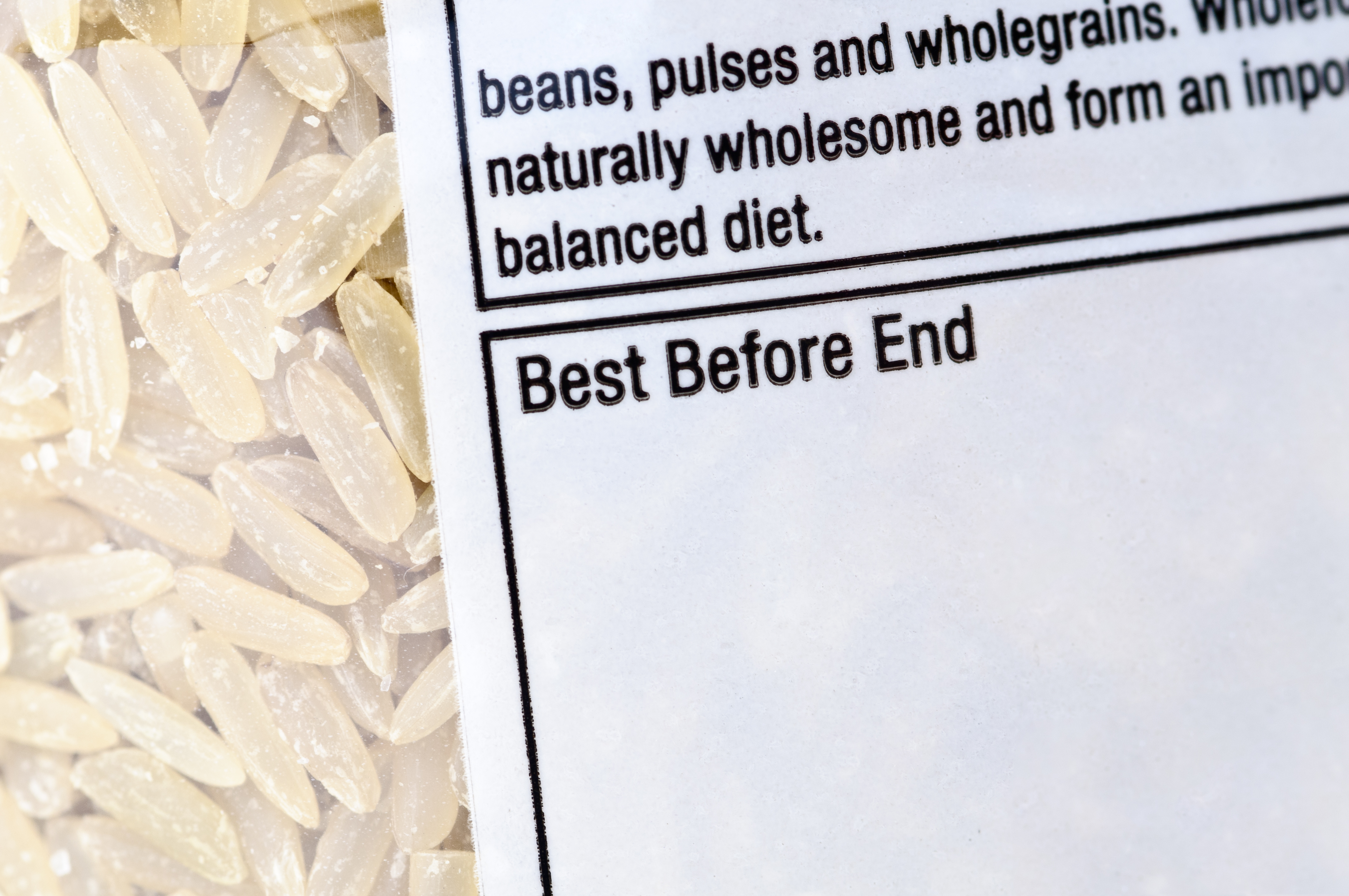 The Hypocrisy of Expiration Dates

Quite often, foods that do not expire are given expiration dates. For example, raw honey will not expire if stored in airtight containers. Rice has a reported shelf life of decades when stored properly, as do dried beans. Sugar, salt, and many sauces also have very long shelf lives when stored in airtight containers, and canned food practically never expires (yet still have “best before” dates of a year or two).To demonstrate the arbitrary nature of expiration dates, a CEO named Scott Nash ate expired food for a full year. Nash’s “experiment” is sure not to be published in a peer-reviewed journal but serves to highlight the ambiguity and lack of certainty in food dating. Many of the things Nash did go against what food safety experts recommend (such as scraping mold off bread or butter). His point was that regulation is sorely needed in this arena.  It goes without saying, but both the FDA and the author of this article do not recommend eating expired food.

Food labeling isn’t the only field where manufacturer opinions take precedence over established science. As of 1979, drug manufacturers are required to stamp an expiration date indicating when a manufacturer can no longer guarantee the full potency and safety of their drugs. A study conducted by the FDA found that 90% of more than 100 drugs were still just as potent 15 years after the expiration date. As previously mentioned, the FDA advises against using products past their expiration dates, and I will not recommend the use of expired medication. This falls in line with research conducted on drugs developed and packaged before the moon landing. 14 compounds were tested and 12 out of 14 (85%) were still as potent when they were manufactured, with many at nearly 100% of labeled concentrations. One can interpret the arbitrary nature of labeling in the following ways:

While neither option is more right than the other, and there are certainly other options to explain the disparity between science and labeling standards, these two theories tend to be the most popular. 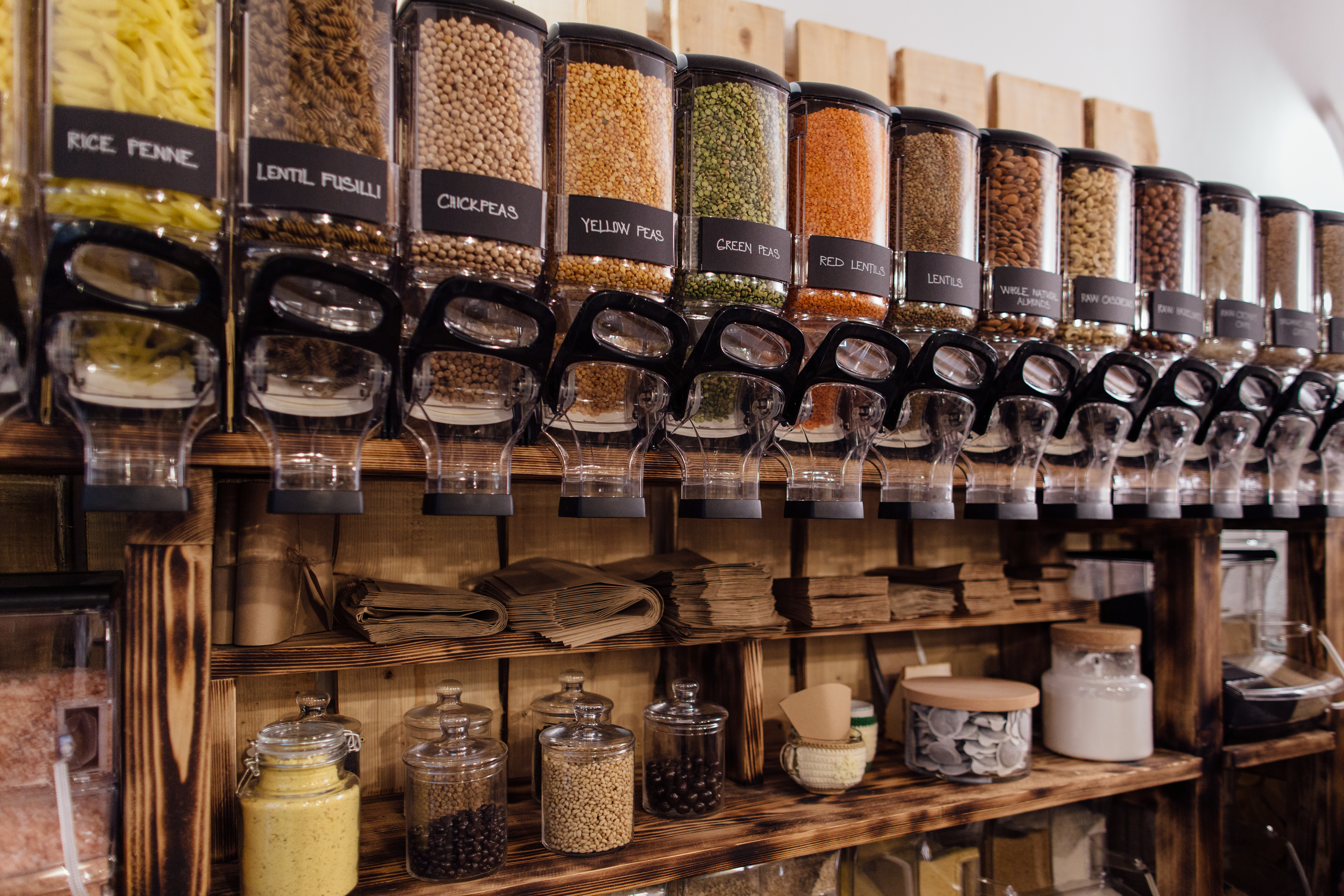 Improvements to The Food Labeling System

Refining our food dating process is a pressing issue that has a lot of unexpected benefits in many different realms. A survey conducted by the Harvard Law School Food Law and Policy Clinic, the Johns Hopkins Center for a Livable Future, and the National Consumers League found that 84% of consumers occasionally throw out food close to its package date. Combined with the fact that 40% of food in the United States goes uneaten, this paints a picture of a fragmented and convoluted system. The uptick in food waste leads to severe environmental degradation from landfill gas. Arbitrary food dating also puts a strain on consumers, as they are more likely to rid themselves of food, they believe is no longer safe to eat. About 12% of U.S. households are categorized as food-insecure, meaning they were uncertain of having or unable to acquire enough food to meet the needs of all their members. Any changes in the food labeling system would undoubtedly save those families money, and even though the savings wouldn’t be colossal, every dollar counts for a family already struggling to make ends meet. 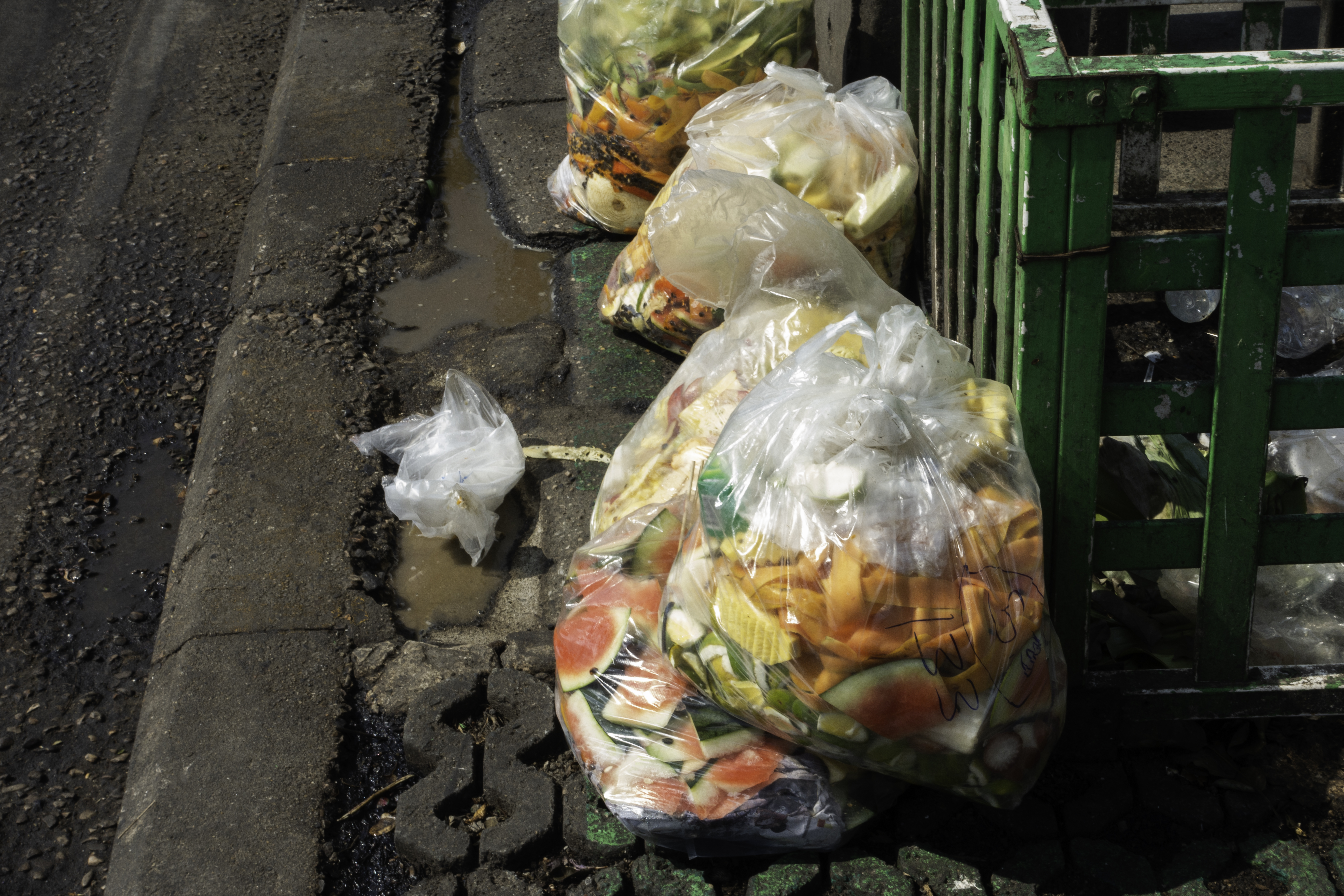 Several improvements could be made to the food labeling system in the United States. The most pressing one seems to be a federal mandate for dating. Proponents, such as Emily Broad Leib of Harvard Law School, state that government agencies need to establish a mandate regarding the terminology used on food packaging. A standard for what these labels means and how you should interpret them would go a long way towards increasing consumer knowledge and making the system easier to navigate for consumer and producer. Others, such as The Harvard Law Review, have suggested consolidating powers and procedures of applicable agencies. They note the confusing jurisdictional lines that divide responsibilities with the example of pizza. Pizza is regulated by the FDA, unless it’s topped with 2% or more of cooked meat or poultry, which then pushes it into the United States Department of Agriculture’s (USDA) jurisdiction. This leads to that same pizza being judged by two separate sets of guidelines from two inspectors from two separate agencies. They also note the policy differences between the FDA and USDA that don’t seem to have any good explanation. The FDA visits pizza factories once every five years, while the USDA visits pizza factories every day. The FDA can only detain food that is non-compliant, whereas the USDA can shut down a food processing establishment. The FDA has a different plan for ensuring meat safety than does the USDA, meaning that a plant that processes chicken and seafood would have to adhere to different safety plans for different meats, which would undoubtedly cause confusion.

None of these suggestions are perfect, but it’s imperative that we do not become complacent with the state of our food safety apparatus. Science is always evolving, and our safety systems should be evolving as well. Food safety is not a practice where we can afford to rely on secondary prevention (that is, waiting until something happens to act). We must be vigilant, proactive, and use our ever-increasing knowledge to adapt and evolve for the future.