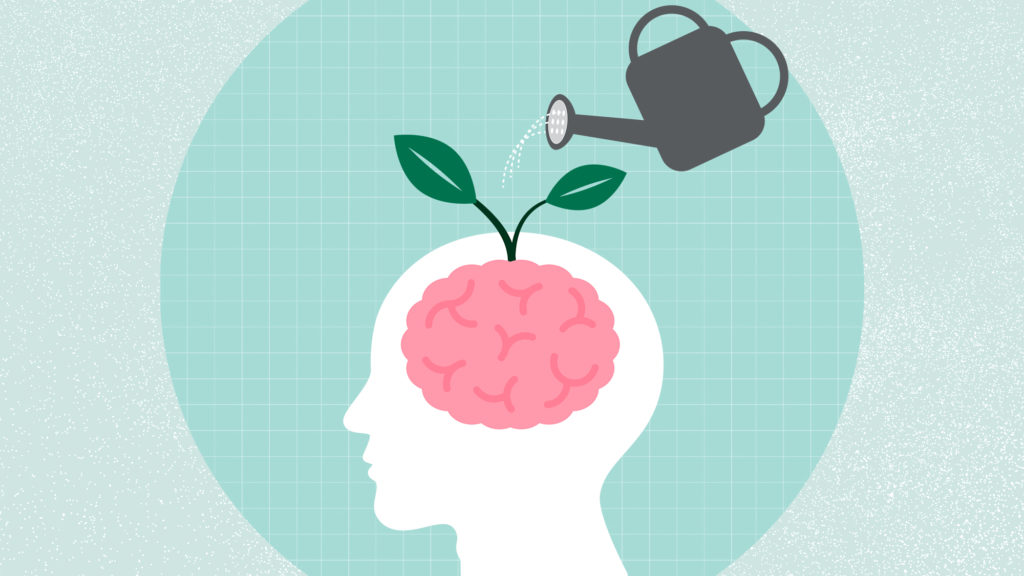 Is cognitive decline inevitable as we age? No, our brains change, but dementia is not a natural occurrence associated with aging.  According to the CDC, 40% of dementia cases may be prevented or delayed. Many of the symptoms of cognitive decline may be the cumulative impact of bad habits engaged in throughout our lives; fried and fatty foods, an unhealthy diet, a sedentary lifestyle, smoking, drinking, etc. For example, spending lots of time watching TV in midlife may be bad for your brain health in your senior years. Watching television likely creates an opportunity cost that prevents you from spending time on more brain friendly activities- walking outside, gardening, reading a book*, socializing with friends or family, learning a new language, or taking an art class. So, what can a person do to stop cognitive decline?

Neuroplasticity is a term that is used to describe the brain changes that occur in response to experience. There are many different mechanisms of neuroplasticity ranging from the growth of new connections to the creation of new neurons.  Scientists have long understood that the brain is resilient, due in large part to neuroplasticity that allows the brain to modify connections and rewire itself. Previously, scientists thought this neuroplasticity ended early in childhood. Now, research shows that it continues even as we age.

For medical researchers, this finding has resulted in development of tools and techniques to promote neuroplasticity and brain health as people age. For individuals, the research has revealed steps everyone can take to exercise their brain and maintain strong cognitive function. So, what this means is that it is never too late to establish habits to improve our brain function.

Diet Changes: The MIND diet is a variation of the Mediterranean diet (Mediterranean Intervention for Neurodegenerative Delay) with an added emphasis on the polyphenols found in berries like blueberries and strawberries and green leafy vegetables like spinach, arugula, and kale. The MIND diet has been effective in reducing the onset of cognitive decline or Alzheimer’s disease.

Exercise: Many studies have suggested that the parts of the brain that control thinking, and memory (the prefrontal cortex and medial temporal cortex) have greater volume in people who exercise versus people who don’t. “Even more exciting is the finding that engaging in a program of regular exercise of moderate intensity over six months or a year is associated with an increase in the volume of selected brain regions,” says Dr. Scott McGinnis, a neurologist at Brigham and Women’s Hospital and an instructor in neurology at Harvard Medical School.

Meditation: Several studies have shown that the constant practice of meditation induces

neuroplasticity phenomena, including the reduction of age-related brain degeneration and the improvement of cognitive functions.

Shrooms: Scientific studies show that Lion’s Mane, Reishi, and Chaga mushroom are the three most effective medicinal mushrooms for brain health. They help protect the brain from neurodegeneration, boost cognitive function scale, improve memory, mood, focus and concentration, and support diseases such as Alzheimer’s and dementia.

Good Sleep Hygiene: Sleep now is associated to a high degree with both cognitive health and physical health. Most people require at least seven and half hours of sleep. Establish a nightly sleep practice that is consistent and restful.

Avoid Stress: Stress is one of the brain’s worst enemies. Chronic stress destroys brain cells and damages the hippocampus, the region of the brain involved in the formation of new memories and t 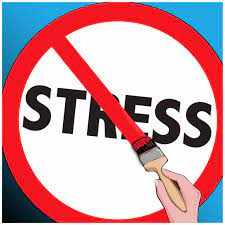 he retrieval of old ones. Studies have also linked stress to memory loss. A plan for managing stress, and avoiding the causes of stress whenever possible, is a needed to keep our memory intact, reasoning ability, and general mental sharpness.

Establishing brain friendly habits early in life play are important to prevent cognitive decline, but because of our brain’s neuroplastic nature, we can always start prioritizing our brain functioning.  Simple activities, when practiced consistently, can help us age gracefully without dramatic cognitive decline. 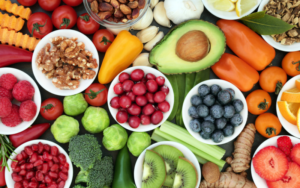 Avocado: Avocados contain a high amount of monosaturated fatty acids that protect the cells of the brain from decaying.

Eggs: Eggs boost your mental health and improve your memory as well as improves your general cognitive functioning.

Fatty Fish: The fat in fish is loaded with omega-3 fatty acids and your brain uses these fats to build new nerve cells.

Walnut: Walnuts are super-rich in omega-3 fatty acids more than any other nuts. It decreases inflammation, which is one of the leading factors to cause many brain-related diseases.

Dark Chocolate: Chocolate has been proven to boost your mood. It increases blood flow in the brain, making it more active and enabling your overall cognitive functions.

Lion’s Mane Mushrooms: Research suggests that they may offer a range of health benefits, including reduced inflammation and improved cognitive and heart health.

Reishi Mushrooms:  Stimulate nerve growth promoting communication among the neurons in the brain. Studies have proven that Reishi mushrooms can help in protecting the brain against seizures.

*A study in the journal Neurology, regular reading and writing in late life reduced the rate of memory decline by 32%.

Very interesting and timely for those of us who are now considered seniors or elderly, even though I don’t feel either of those. thanks for sharing

Very practical and clear advice — thanks for sharing it !