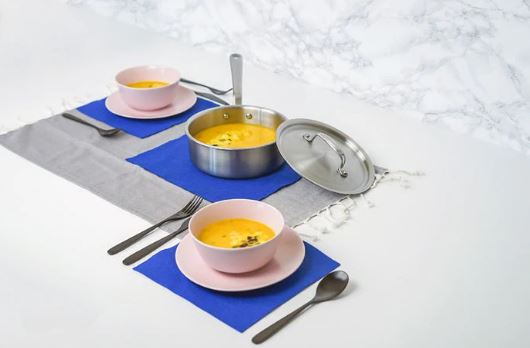 In New Jersey, 260,340 children are living with food insecurity. Food insecurity is defined as a lack of consistent access to enough food for a healthy and active life that affects not only children, but also families, seniors, and low-income communities.

There are currently two bills sitting in the House of Representatives, H.R 1189 Anti-Hunger Empowerment Act of 2019 and H.R 1717 Healthy Food Access for All Americans Act, which would be the first step in resolving the overarching and increasing issue of hunger in the United States.

The Anti-Hunger Empowerment Act of 2019 would ease the application process when applying for the Supplemental Nutrition Assistance Program (SNAP), expand office location hours and times to better accommodate working families, and make the SNAP requirements and expectations more transparent.

A household with a lack of access to consistent food is forced to engage in coping strategies including the consumption of cheaper foods that are high in calories, but low in nutritional value. Reliance on less healthy foods can lead to poor nutrition, and chronic diet-related diseases such as type two diabetes. As a result, these chronic illnesses can worsen existing disabilities or result in an inability to work and increased healthcare costs, which would further restrict the household food budget.

Once a person or family enters this coping style, it can become increasingly difficult to escape it. According to the U.S. Department of Agriculture, 98% of people living with very low food security reported having worried that their food would run out before they got money to buy more, 97% reported that the food they bought just did not last, and they did not have money to get more, and 96% reported that they could not afford to eat balanced meals. It goes on to state that 97% reported that an adult had cut the size of meals or skipped meals because there was not enough money for food and 90% reported that this had occurred in three or more months.

Multiple issues surrounding the expansion of SNAP access and its increased transparency won’t fully be resolved unless related legislation is passed with it. It is not only important to improve the financial burdens on families and seniors and increase their financial access to nutritious foods, but to also increase their physical access to nutritious foods as well. The H.R 1717 Healthy Food Access for All Americans Act would allow tax credits and grants for programs that provide access to healthy food in food deserts, such as tax credits for operating a new grocery store or renovating an existing grocery store.

These two bills would have substantially reduce the burden of restricted access to substantial grocery stores for many working families. Many families have been able to afford more nutritious meals because they were able to receive SNAP benefits, but are forced to travel, at times up to 35 minutes, in order to reach a large grocery store with a variety of options.

These families are working families and the reality of families to be able to leave work and get to these stores in a reasonable and efficient time is essential to a working family’s dynamic. I, on the other hand, can access about six or seven major grocery stores within 15 minutes.

To representatives Donald Norcross, Jefferson Van Drew, Andy Kim, Chris Smith, Josh Gottheimer, Frank Pallone, Tom Malinowski, Albio Sires, Bill Pascrell, Donald Payne Jr, Mikie Sherrill, and Bonnie Watson Colemen, I ask you to support these bills if you haven’t done so already, get your colleagues to support them, and work to get them both moved in the House.

No one in America should live with food insecurity, let alone 260,340 children just in New Jersey.

Ta’Teana Harrell is a senior at Kean University studying political science and history.