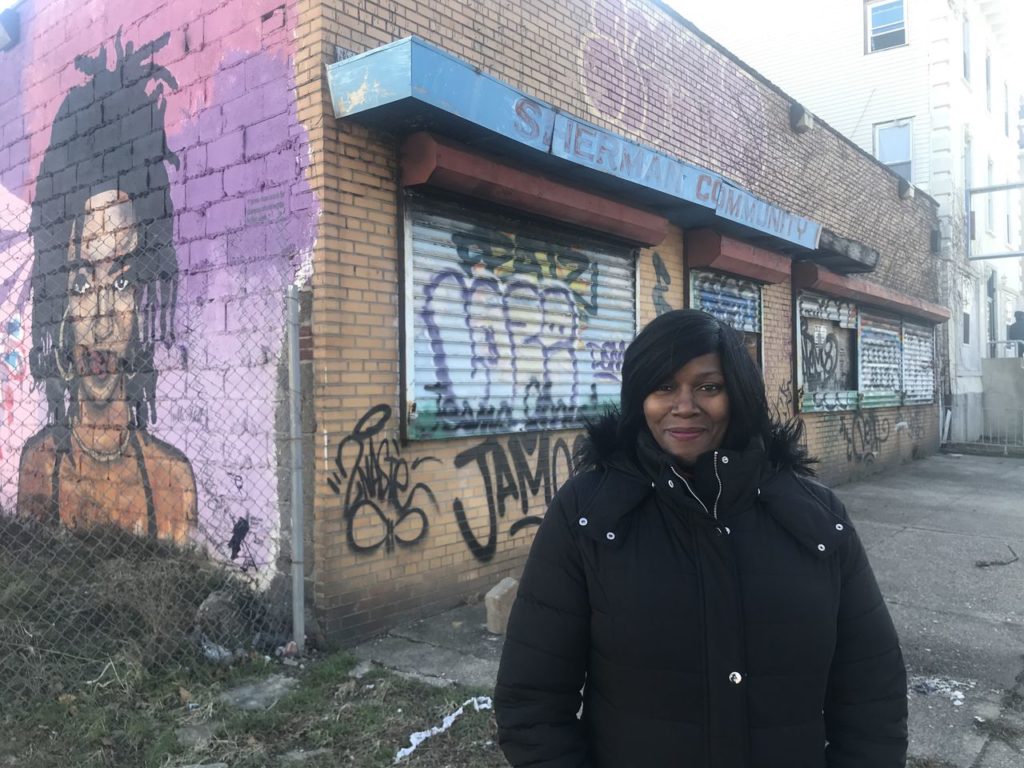 Kids were already in the pool when Nadine Wright-Arbubakkr walked into John F. Kennedy Recreation Center in Newark.

Parents she hadn’t met yet smiled from the side. Their kids were having a good time, flutter kicking during the second week of a new swimming class just for them. They are on the autism spectrum or have special needs.

The parents didn’t know Wright-Arbubakkr, but soon learned why she fights for their kids in and around urban communities. Autistic children, she said, should have the same experiences as kids who don’t have the developmental disorder.

She should know. Wright-Arbubakkr is a parent like them with an autistic child, 15-year old Nassan. He’s the inspiration behind Nassan’s Place, a nonprofit in East Orange she started seven years ago so parents wouldn’t have to struggle finding affordable programs and services like she did.

“A zip code should not be the reason our babies go without,” said Wright-Arbubakkr, president and founder. “I make sure our kids are not excluded from anything.”

That swim program? It was at her suggestion when she met with Newark city officials to establish one. East Orange, where she resides, started one three years ago. It had a summer camp, too, led by her organization.

“It was a simple ask,” said Wright-Arbubakkr.

But it’s about the work, too. She’s been creating programs and opportunities for children, dispensing information to parents on where they can get help if she can’t provide it.

Arius Kinney, the city’s aquatic coordinator teaching the swim class, said he didn’t know where to turn for help for his four-year-old daughter. The single dad was stressed and overwhelmed until he had a phone conversation with Wright-Arbubakkr.

“She gave me information immediately,” Kinney said. “It was like wow.”

He wasn’t alone anymore. Somebody understood how autism changes your world.

Her orbit flipped when Nassan was diagnosed at two-years-old. She had been in the banking industry when her boy started exhibiting repetitious behavior that she didn’t understand.

“I was in unfamiliar territory,” Wright-Arbubakkr said.

According to the Centers for Disease Control and Prevention (CDC), New Jersey has the highest rate of autism in the country. Among 4-year-old children, the figure increased 43% from 2010 to 2014, meaning one in 35 children are on the spectrum.

Wright-Arbubakkr understands the math. The difficult part was that it didn’t translate into programs during her search years ago. She scoured the internet, stayed on the telephone looking for something to help children and families. There wasn’t even an autism walk in the area until she realized she had to do her own thing. Wright-Arbubakkr left her job, went back to school to teach but decided on opening her own organization in 2012.

“Who better to do this work than a parent who does this every day, who understands what these children need,” she said.

Along the way, she learned parents in urban communities needed help, services they could afford. In seven years, through donations, fundraisers and grants, Wright-Arbubakkr has held four-hour camps on Saturdays, an after-school program during the week and basketball camp. Each affair is well-staffed with professionals trained in occupational therapy and Applied Behavioral Analysis. All of it depends on funding.

When it’s there, kids from Nassan’s Place have been to basketball games, walked the runway at fashion shows. They go to the CityPlex 12 movie theater in Newark at a discount. Siblings are not left out of anything, because autism affects them, too.

Her parents can’t say enough. They always say more. She’s a blessing, a lifeline. Around her neck, there should be a medal.

Kimberly Muse admits she was “stand-offish” about letting people around her boys – Kye, 17, and Kaden, 11. Society, she said, is cruel and its people, even family members at one point, behave as if autism is foreign. The stares and glares become disconcerting, forcing her into a bubble.

“It wasn’t until I met Nadine that I was able to let down the wall,” said Muse, an East Orange resident. “She made me come out of my shell.”

The shame she felt about taking her kids out was over. She could leave her kids with Nassan’s Place, which was used to the range of autistic behavior. Some kids are high functioning and can talk. Others are non-verbal. They might scream, hit, kick or have a meltdown, said Wright-Arbubakkr, and not want to do anything.

Hope Little, of Newark, was hesitant like Muse, isolated and scared until Nassan Place’s showed up about three years ago. She started meeting other parents, networking so her 10-year-old son, Demarcus, could be around kids like him and have friends.

“Once I came into those doors, they just welcomed us with open arms,” Little said.

Elizabeth Castillo said Wright-Arbubakkr has been that to the 16 and 17-year-old autistic grandsons she is raising.

In those moments, Wright-Arbubakkr has touched many lives. Families, she said, are getting resources now that improve their lives. Things like a handicap sticker or funding under Medicaid to pay for diapers if their child is not potty trained. On March 14, there’s a special needs expo she’s sponsoring.

Everything so far has been done without a permanent home. But on Clinton Avenue, there’s a vacant building she can use. The city of Newark gifted it to her last year, but it needs work, and money, to be the state-of-the-art facility she envisions.

“Nassan’s Place can’t stop the diagnosis, but we can help the families affected by it.”