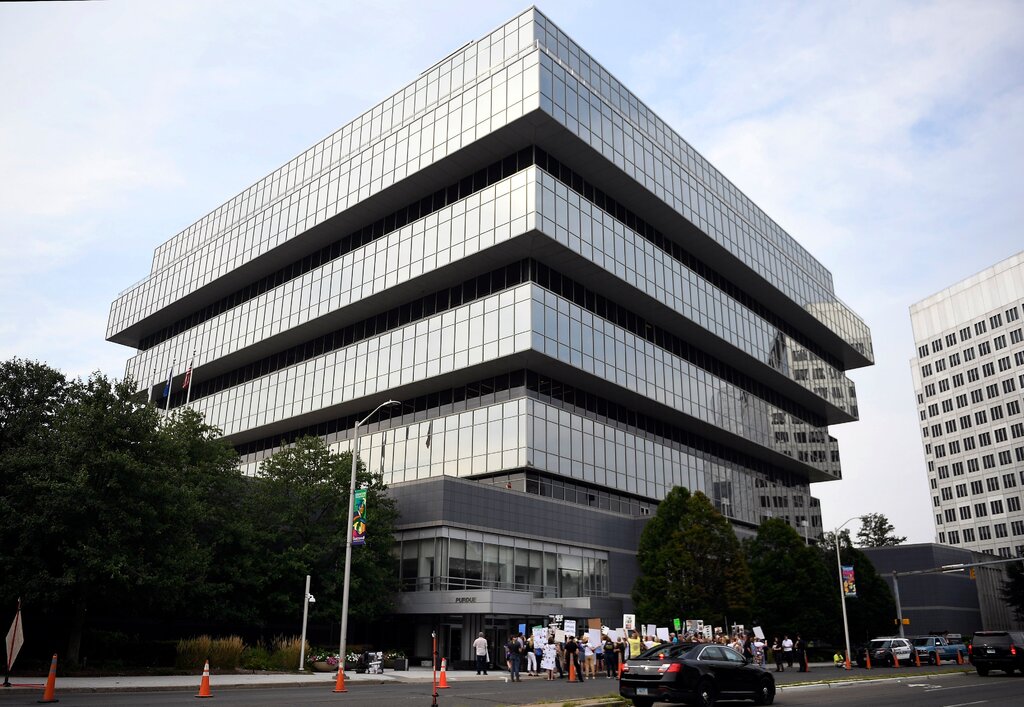 The company’s owners, members of the wealthy Sackler family, will pay $225 million in civil penalties.

Wednesday’s announcement does not conclude the extensive litigation against Purdue, but it does represent a significant advance in the long legal march by states, cities and counties to compel the most prominent defendant in the opioid epidemic to help pay for the public health crisis that has resulted in the deaths of more than 450,000 Americans since 1999, according to the Centers for Disease Control and Prevention.

Still, it is unlikely the company will end up paying anything close to the $8 billion negotiated in the settlement deal. That is because it is in bankruptcy court and the federal government will have to take its place in a long line of creditors. Typically, creditors end up collecting pennies on the dollar.

And the federal case against Purdue is distinct from thousands of opioid-related lawsuits against other drug manufacturers, as well as distributors and pharmacy chains, still pending in federal and state courts.

Purdue has long demanded that the federal charges against it be resolved before reaching a larger settlement with thousands of cities, tribes, states and individuals, who claim that its relentless marketing of OxyContin directly contributed to towering costs in health care, law enforcement and unemployment. Lawyers close to negotiations expect that the final settlement may emerge early next year.

The penalties against Purdue include $3.54 billion in criminal fines, $2 billion in criminal forfeiture and $2.8 billion in civil penalties, related to violating federal requirements to monitor promotion and sales of a scheduled drug, contributing to false claims to Medicare and Medicaid, and involvement in a kickback scheme with a software company that would alert doctors to promote OxyContin.

This is the first time since 2007 that Purdue has pleaded guilty to federal criminal charges for misleading doctors, patients and the government about its drug. At the time, the company paid $600 million in fines.

To resolve the local lawsuits, Purdue has proposed a global settlement that it values at about $10 billion. That figure includes future profits from drugs still in development as well as a $3 billion contribution from the Sacklers.

A year ago, under the weight of opioid litigation, Purdue sought protection in bankruptcy court from which it is expected to emerge at some point as a new company. Judge Robert D. Drain, who is overseeing the bankruptcy case in White Plains, N.Y., will review a long line of unsecured creditors alongside the federal penalties. But the $2 billion federal criminal forfeiture penalty stands apart and has considerably more teeth. The Justice Department said on Wednesday it would demand that Purdue directly pay just $225 million of that amount and would earmark the remainder for the municipalities, states and tribes, on condition that they allocate the money to abate local opioid crises.

A second condition of the unusual government-to-government designation, however, has prompted an outcry from 25 state attorneys general: the ownership of Purdue, after it emerges from bankruptcy.

Purdue has proposed that the company be run as a “public benefit corporation,” with proceeds from continuing limited sales of OxyContin and several overdose-reversing medications under development to go toward opioid abatement. The Justice Department endorses that model.

But in a forceful letter addressed to Attorney General William P. Barr earlier this month, the attorneys general decried the public trust model, and its association with governmental entities. Governments should not be in the opioid business, they said. Instead, they said that Purdue should be run privately, with government oversight.

Another objection to Wednesday’s settlement centers on the resolution of civil claims against individual Sacklers, raised by private families who are suing. A forensic audit last year by Purdue found that the Sacklers directed at least $10.7 billion in the company’s proceeds to family-controlled trusts and holding companies, even as Purdue was facing legal scrutiny.

According to the families’ letter, the Justice Department’s agreement is too soon and for too little. Massachusetts, for example, has scheduled depositions against some Sacklers in November, during which more information may come to light.

“The D.O.J. failed,” said Maura Healey, the Massachusetts attorney general. “Justice in this case requires exposing the truth and holding the perpetrators accountable, not rushing a settlement to beat an election. I am not done with Purdue and the Sacklers, and I will never sell out the families who have been calling for justice for so long. ”

In addition to the payment of $3 billion to resolve thousands of other lawsuits, the family has agreed to turn over ownership of the company.

A contentious issue with respect to the Sacklers is that the family itself is not seeking bankruptcy protection and has been seeking release from litigation as a condition of settling the Purdue claims.

Joe Rice, a negotiator on the executive committee for thousands of local governments, favors the broad contours of a public benefit trust. “You have to figure out what you do with the limited need there may be for some opioids. You don’t maximize the value of the Purdue asset if you destroy the product totally,” he said. “And you want to make sure that the people who abused the right to sell narcotics pay for what they did. The Sacklers lose their name, their company and substantially more.”

The settlement terms announced on Wednesday by the Justice Department, including direct payments to the federal government from the company and the Sacklers, is subject to approval from Judge Drain.

Katie Benner covers the Justice Department. She was part of a team that won a Pulitzer Prize in 2018 for public service for reporting on workplace sexual harassment issues. @ktbenner