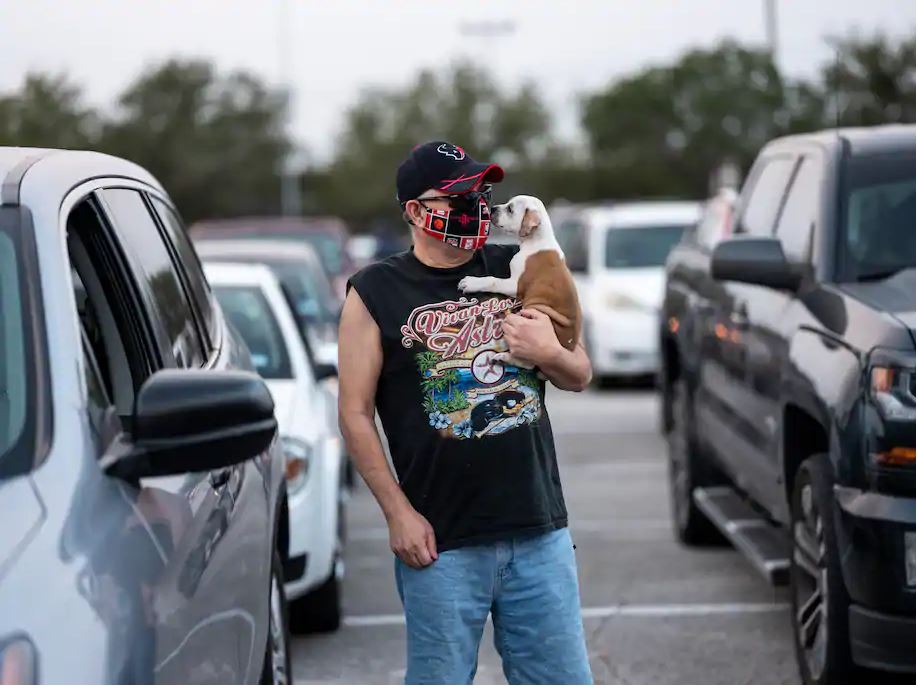 The U.S. poverty rate has surged over the past five months, with 7.8 million Americans falling into poverty, the latest indication of how deeply many are struggling after government aid dwindled.

While overall poverty levels are low by historical standards, the increase in poverty this year has been swift. It is the biggest jump in a single year since the government began tracking poverty 60 years ago. It is nearly double the next-largest rise, which occurred in 1979-1980 during the oil crisis, according to James X. Sullivan, a professor at Notre Dame, and Bruce D. Meyer, a professor at the University of Chicago’s Harris School of Public Policy.

Millions of Americans are heading into the holidays unemployed and over $5,000 behind on rent

Sullivan and Meyer created a Covid-19 Income and Poverty Dashboard to track how many Americans are falling below the poverty line during this deep recession. The federal poverty line is $26,200 for a family of four.

The economists say the sharp rise in poverty is occurring for two reasons: Millions of people cannot find jobs, and government aid for the unemployed has declined sharply since the summer. The average unemployment payment was more than $900 a week from late March through the end of July, but it fell to about $300 a week in August, making it harder for the unemployed to pay their bills.

“We’ve seen a continual rise in poverty every month since June,” said Sullivan.

Congress is debating whether to pass additional stimulus. Many economists and business leaders say more aid is needed as the economic recovery stalls and many families and small businesses struggle to stay afloat.

Poverty levels actually decreased in the spring, despite the widespread business closures to stymie the spread of the pandemic, according to Sullivan and Meyer, after Congress passed generous aid benefits including enhanced federal unemployment aid and one-time $1,200 stimulus checks that went to 160 million Americans. But the situation began to reverse in July, after most federal stimulus checks were spent, and poverty has been growing quickly ever since.

Poverty is now higher than it was at the beginning of the year, a warning sign of the long-lasting effects of the deep recession. Since June, poverty has risen the most for Black Americans (up 3.1 percentage points, or 1.4 million people) and for Americans with high school degrees or less (up 5.1 percentage points, or 5.2 million people). These workers have experienced the largest job losses during the recession as many work in low-wage restaurant, travel and retail positions.

Sullivan and Meyer say the data they are seeing suggests that poverty rose the most in states that did not do a good job processing unemployment applications quickly.

A recent report from the Government Accountability Office, a nonpartisan audit agency, also found that many states have been paying gig workers and self-employed workers unemployment aid that is below poverty level.

Households with children have also seen a larger-than-average increase in poverty (up 2.9 percentage points since June) as many parents have struggled to go back to work while their kids participate in virtual schooling from home. About 2.3 million children under 17 have fallen into poverty since June.

Heather Long is an economics correspondent. Before joining The Washington Post, she was a senior economics reporter at CNN and a columnist and deputy editor at the Patriot-News in Harrisburg, Pa. She also worked at an investment firm in London. Follow