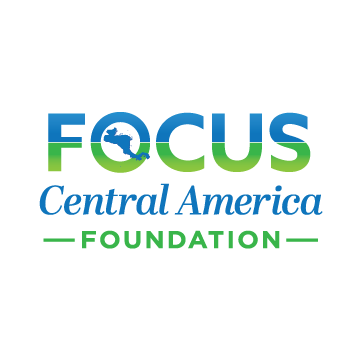 San Jose, Costa Rica. — August 1, 2022 — This month, Focus Central America, a New Jersey-based philanthropy founded by Barry Segal, a successful US businessperson, completed one year of grantmaking with 43 partner organizations in its growing portfolio of grantees.  Using a unique style of philanthropy that puts the needs of recipients first, Focus Central America is laying the groundwork for a long-term commitment to the region inspired and informed by its 13 years of activity in Africa through the Segal Family Foundation.

Barry sold his roofing supply business, Bradco, in 2008 and then turned his attention to philanthropy. For more than a decade, Segal has become a driving force in philanthropic giving in the United States and Sub-Saharan Africa. Segal’s first foundation, The Segal Family Foundation (SFF), is the third largest private grantor in Africa in terms of the number of grantees they support, with over 350 grassroots organizations across 7 main countries. Segal’s second philanthropic organization, the Focus for Health Foundation, was formed a few years after SFF. Their portfolio consists of U.S.-based groups addressing racial inequality, education and health disparities, flaws in the criminal system, and childhood sexual abuse. Despite the scope and impact of these foundations, Segal, at 86 years old, decided to form a third foundation in 2021; Focus Central America (FCA). 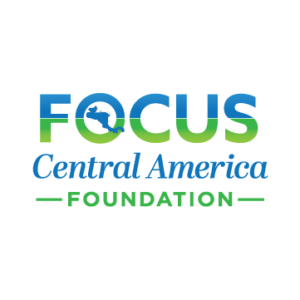 Focus Central America Foundation was launched with Segal’s sense of urgency for addressing injustice and informed by his experience as a grant maker. His foundations donate approximately $1.5 million every month across the U.S., Africa, and Central America. Regardless of the geography, Segal’s model of philanthropy has consistent features: find locally-led groups with visionary leaders who are from and embedded in the communities they serve; give priority to frequently overlooked organizations with small budgets; provide capacity building opportunities for partner groups and introduce them to other potential funders; minimize the time partners spend on paperwork (such as grant applications and donor reports); and give the leaders the trust and the space to do what they do best.

In its first year, Focus Central America chose 43 civil society organizations across six countries in Central America that work on health, education, and violence prevention. Additionally, many of these organizations have a special emphasis on services that elevate the voices and lives of Indigenous populations. In keeping with Segal’s grantmaking style, research on potential grantees is done primarily by FCA staff behind the scenes, with minimal involvement of the grantees themselves.  This allows grantees to focus on their programs, not on satisfying the information needs of the foundation. Once a new partner is informed that they will be receiving a grant, they are informed that the funds are not restricted to any particular program and may be used how they feel best supports the organization’s mission as a whole.  Reporting is kept to a minimum in order to empower grantee partners to focus on their mission objectives.

Segal explains his process simply: “We have heard repeatedly that people do not want Northern funders parachuting in and telling people what to do. We listen to the people closest to the issues and let them develop their own plan for implementing solutions; we trust that they know their needs better than we do and then we get out of their way.” 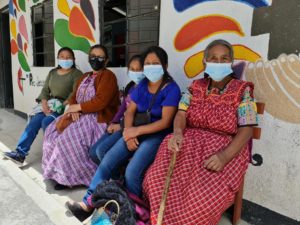 Segal runs Focus Central America Foundation the same way that was a proven success at his prosperous roofing company, Bradco: get the right people in the room, discuss the problem, and come up with a plan.  After an extensive search, Segal’s Focus Central America team, found Juan D. Cubillo, a Costa Rican native, to run the organization’s in-country operations. Cubillo, after a few months of collaborating with the team at the headquarters office in New Jersey and an eye-opening trip to Africa to see the Segal Family Foundation at work, was ready to set up a regional office in Costa Rica. Today, Focus Central America has a small office in Alajuela, Costa Rica.  It has also named advisory board members in Honduras, El Salvador, and Guatemala to help identify potential grantees, support existing partners, and be the eyes and ears of the foundation at the country level.  Operational support is provided from FCA’s New Jersey headquarters.

The regional staff and advisers understand the complexity of the region and have proved able to execute meaningful and impactful grant-making that is tailored to the needs of each country and community served by Focus Central America. Cubillo recently noted, “People always speak of the American dream, but it is time that we inspire Central Americans to believe in the Central American dream. With the right resources and active cooperation between government, businesses, civil society organizations, and philanthropy, our dreams can be achieved here in our home countries.” 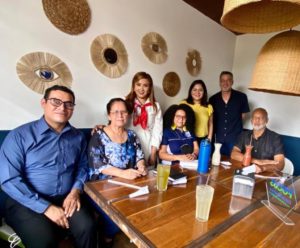 The outpouring of support Focus Central America received during its information gathering and start up phases was invaluable. “People were so appreciative of Barry’s desire to help the region; everyone went out of their way to help us understand the issues they were facing and put us in touch with the right people to help us,” explained Cubillo. Focus Central America quickly developed a network of local leaders who had been working, sometimes for decades, to improve the lives of community members. One such organization, ACD Guatemala (Association for Creativity and Development of Guatemalans) in Quetzaltenango, is a non-profit and faith-based organization operating in the Western Highlands of Guatemala. It became a FCA grantee partner in October of 2021. Their mission is to serve vulnerable women, children, and families in rural Guatemala. The FCA team was impressed with ACD Guatemala’s innovative Executive Director, Lucia Munoz Argueta. During their first meeting with ACD Guatemala, Ms. Munoz Argueta told the FCA team, “Those who empower a girl in Latin America, empowers the future of an entire nation.” Soon after that first conversation, a partnership between the two groups began. 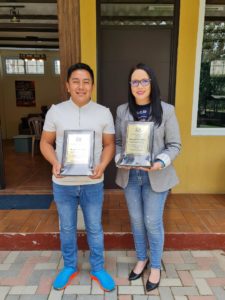 Reflecting on his first year of bringing his trust-based approach to philanthropy to Central America, Segal recently said, “I don’t think FCA alone is able to change things for the people of Central America, but what we can do is demonstrate to others that a different type of philanthropy can be done well here.  We can also show that despite many challenges, this area is worthy of investment. Hopefully others will follow our lead for real, sustainable change to occur.”

Focus Central America is headquartered in Warren, NJ and has a regional office in Alajuela, Costa Rica. To learn more, visit www.focuscentralamerica.org.