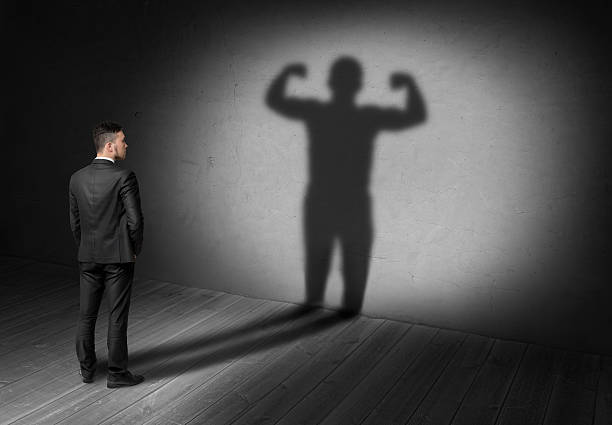 When you hear “toxic masculinity”, what comes to mind? Fundamentally, “toxic masculinity” is the belief that masculinity can be toxic, not that it inherently is toxic. While it is often attributed to women, particularly feminists, the origins of the term trace back to one of the leaders of the Mythopoetic Men’s Movement, Shepherd Bliss. Shepherd came up with a list of behaviors that were “toxic to masculinity”. 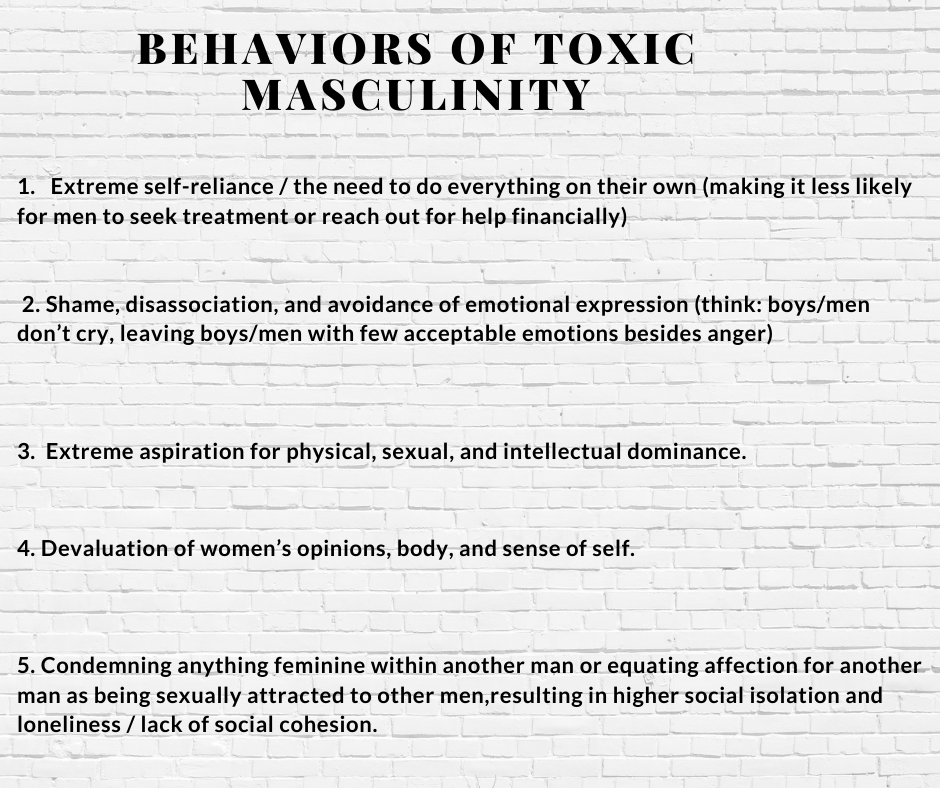 How often have you seen parents upset with a male child for playing with dolls? Or better yet, parents furious with their son because he dared to cry after experiencing something he didn’t like? How often have you seen a man speak over another woman, or attempt to explain a concept to a woman who clearly understands it? How often have you seen a man neglect using safety equipment and scoff at the idea of another worker putting their safety first? Personally, I’ve been called a “pussy” for having the nerve, the audacity, the gall, to attempt avoiding heavy calluses by wearing weightlifting gloves. I’ve also had my sexuality questioned for being a heavy tea drinker (I suppose antioxidants are feminine?).

There is no official guide on how to be a man, so it would be fallacious to provide a definition of what it means to be a man or to be masculine, but there are some commonalities that most men agree upon. Leadership, providing for + protecting your family, handling responsibility, and courage/bravery tend to be the most agreeable core values of manhood. 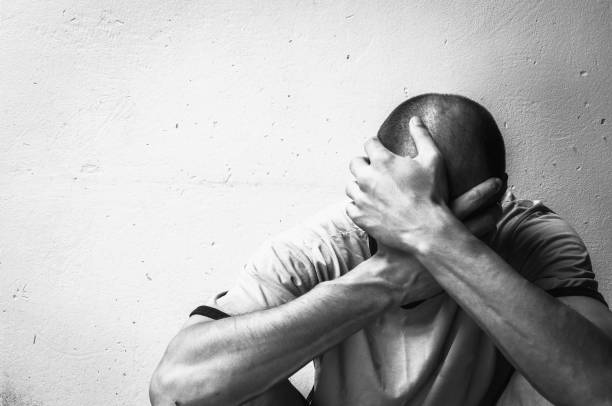 When comparing the aforementioned list of toxic traits to the agreeable list of values, it becomes clearer to see noble intentions could turn into toxicity. Let’s start with the expectation of being a provider. Research shows that men who are primary breadwinners have worse health outcomes than men who make closer to what their wives make. So what’s the solution? Should men make less money than their wives? As it turns out, men who earn less than their wives are more likely to engage in domestic violence and infidelity, and less likely to engage in housework. The solution isn’t in the amount of money a man makes at all. The study’s author posits that “decoupling breadwinning from masculinity has concrete benefits for both men and women”, and this is evidenced by the fact that women’s mental health benefits from being a breadwinner. Emotionally and mentally, being the primary and/or sole breadwinner does not benefit men, but the ideology that men must be the provider as opposed to a provider persists for a multitude of reasons, whether it be power and control, fear of the unknown, or some other reason. There are several other instances of toxic masculinity negatively affecting male suicide rates, sexual assault rates, STD rates, and their ability to discuss health problems with health care providers.

It’s worth repeating that masculinity, in of itself, is not toxic. Toxic masculinity is a cultural phenomenon where masculinity can be taken to the extreme and become a weapon wielded against those who are unwilling to subscribe to behavioral control via gender roles. It’s also worth stating that being biologically male is not the key cause of male violence, and that violence is not inherent in males. It is socialized violence.

When men become violent, the victims are overwhelmingly female, as evidenced by several mass shootings carried out by men who identify as incels, or “involuntary celibacy”. The incel community often dabbles in misogyny and blaming women for their responses to their misogyny. Frequently, incels display a stunning lack of self-awareness by blaming all of their romantic woes on women, instead of taking a moment to understand why women may not want to associate with men who are incredibly eager to scapegoat women for all of their problems. 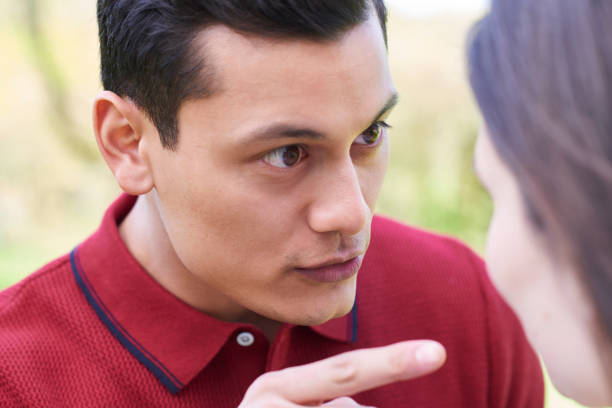 To understand the link between toxic masculinity and the incel community, one must understand the ethos of incels. Many, but not all, incels feel that men are being systematically discriminated against and denied sex, because women only want hyper-masculine men. To these incels, sex is a crucial component of their manhood, and they feel entitled to sex because of it. If this sounds familiar, it’s because one of the crucial tenets of toxic masculinity is an “extreme aspiration for sexual dominance”, and feeling entitled to sex simply because you’re a “nice guy” certainly fits the bill of a toxic expectation related directly to one’s gender. Male entitlement to sex contributes to rape culture and misogyny due to a prevailing attitude that women “owe” their bodies to men (which also factors into the devaluing of a woman’s body and sense of self).

Several studies confirm that rigid gender norms regarding roles, family, and marriage, contribute to men’s use of violence against female partners, and that when men believe or perceive themselves to not be “masculine enough” intimate partner violence or emotional abuse may be used to conform to gendered expectations.

Studies have attempted to tangentially link sexual abuse and toxic masculinity, given that child sexual abuse is an overwhelmingly male crime. “Antisocial behavior” has been listed as a major predictor of sexual assault, and the hypothesized link is that masculine norms of self-reliance and avoidance of expression serve to both create and reinforce these behavior in men.

How Can Our Society Recover?

When it comes to addressing toxic masculinity, there is no end state; it is a constant process that requires introspection and personal accountability. We need to do more than discourage and criticize bad behavior as bystanders, which has shown success at reducing sexual violence on college campuses. There will be moments when a bystander isn’t around, and in those moments, it is up to each individual to do better.

It is a good first step to say something, but simply telling someone who either knows no better or lacks the conviction to do better to change without any supplemental advice or feedback regarding the expected change is an exercise in futility. We have to empower our men and give them the freedom to experience full ranges of emotions and see the world from a perspective independent of their gender.