In the current debate over whether or not to legislate the removal of individual vaccine exemptions, the quality of the vaccines themselves gets little attention. According to the CDC, mumps outbreaks are on the rise despite the fact that 94.6% of children in the U.S. have had two doses of MMR vaccine. To combat the situation, the CDC is considering adding a third dose of MMR to the recommended vaccine schedule.

In 2010, California experienced the largest pertussis epidemic since 1958. According to the CDC, the U.S. has experienced increased pertussis disease despite high levels of vaccine coverage. Researchers studying the pertussis outbreaks determined vaccine effectiveness dropped to less than 9% by four years, and that the quality of immunization waned so rapidly that little protection remained 2-3 years after vaccination. 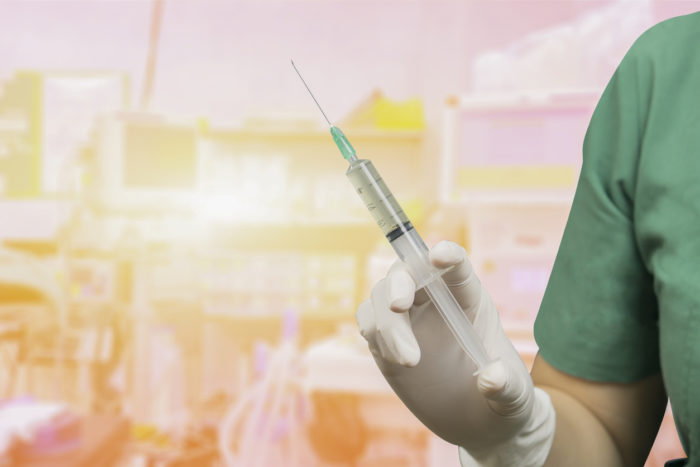 Influenza vaccination has had no beneficial effect on flu mortality. The CDC indicates vaccine effectiveness has oscillated between 10-60% from 2005-2017, while systematic reviews show little to no benefit of inactivated influenza vaccines on flu morbidity.

It’s clear that some vaccines don’t work as well as advertised. And yet, instead of first making a vaccine with better effectiveness, the solution is to use the force of law to make everyone get more shots of the failing vaccine.

Even when significant vaccine failure rates for vaccines are acknowledged, the legislative solution remains fully supported. Concerns over the need for more effective vaccines are dismissed by apologetics pointing out that the current vaccines are better than nothing. The assumption is implicit: low immunity is better than no immunity. So, until a better vaccine comes along, accept the current shot at whatever level of immunity it provides.

Instead of preventing infection, the antibodies permit a more invasive spread of the virus into different cell types, enhancing the disease and making it worse than if the child had never been vaccinated. This phenomenon is called antibody-dependent enhancement of disease, and it is a potential problem for vaccines that induce low levels of antibodies.

It’s not just a theoretical concern. It has happened. Vaccine-induced disease enhancement occurred previously with a measles vaccine that produced low levels of immunity.

The effect of vaccine-induced disease enhancement has been seen in clinical trials for a since abandoned HIV vaccine.

The HPV vaccine exhibited the capacity to enhance HPV infections during clinical trials. Women who tested positive for vaccine HPV serotypes by PCR analysis, and were then administered the vaccine, were more likely to develop high-grade cervical lesions than the non-vaccinated control group. These observations have persisted beyond clinical trials, and antibody-dependent enhancement has been raised as a possible explanation.

It’s been known for decades that non-neutralizing influenza antibodies can augment the uptake of influenza A virus strains, but it wasn’t until recently that the phenomenon of disease enhancement for influenza vaccination was observationally proven. In 2009, seasonal influenza vaccination increased the risk of pandemic influenza illness in those who received the vaccine. This result was confirmed in four observational studies.  Antibody-dependent enhancement of disease has been proposed as the potentiating mechanism.

Vaccines sometimes do nothing ─ they cause no harm as they fail to protect the vaccine recipient from disease. Sometimes vaccines do worse than nothing ─ they cause more cases, and more severe cases of disease in those who opt to be vaccinated. Low levels of antibodies cannot be viewed as less of a good thing. Ineffective vaccines are a bad thing. They stimulate low level immune responses that sometimes potentiate the exact diseases they were intended to prevent.

Vaccine policy aimed at preventing outbreaks and eradicating disease can only succeed when there is high vaccine uptake of an effective vaccine. If one is missing, there is no point in having the other. New vaccines are required. The continued use of some of the current, poorly-performing vaccines, moots any perceived necessity to legislate forced uptake, because no amount of vaccine uptake will prevent disease outbreaks. Even with 100% compliance, outbreaks would still occur because the vaccines are not effective enough to provide population level immunity sufficient to prevent epidemics. Furthermore, outbreaks will continue to occur in older age groups where complications from disease are more common, and mothers will have little to no immunity to provide to their newborns during those early critical months of life.

Individuals should have the legal right to exempt themselves and their children from using the current products. For practical and ethical reasons, the conversation to mandate the use of vaccines shouldn’t even be considered until more effective products are available.

It should be a person’s right whether or not they want to be vaccinated. I’m a senior citizen and willingly volunteered for 12 years at a local hospital, until they mandated a yearly flu vaccine. It’s a proven fact: In four of the last seven seasons, the flu vaccine didn’t work much at all in people 65 and older. So why should I subject my body to the harmful ingredients in the vaccine. I no longer volunteer and refuse to let anyone dictate what I should put into my body. This is suppose to be a free country? Wake up America – what will they dictate we have to do next?

Thank you so much for this superb article. The science is clear. Please tell me what is being done to get this information to our lawmakers. Time drags on too long with the ravages these vaccines are taking on our population; the vaccine industry’s policy based on spurious or manipulated data, OR NOT EVEN ENOUGH DATA.. How much longer are we going to have to suffer this. With all this information, the true science being clear, how much longer?
God Bless You for speaking out for the TRUTH, when Satan, the father of lies is there at every turn.

There are babies BORN WITH HPV according to what I have read. It is from “Vertical Transmission.” Now what do you suppose might happen when a child gets a vaccine in order to supposedly not contract something that they already have? We already know that some girls and boys have become paralyzed or died from this cocktail of vaccines, but who will inform the doctors and research scientists??

I came across this article when I was researching whether measles could be immunized against the same way chickenpox used to be before the vaccine. You cited a lot of peer-review journals, so I decided to look into your sources.

The first article, Ionkov et al. 2006 references cases of atypical measles that occurred in patients vaccinated between 1963 and 1967 with a killed-virus vaccine. Their immunity was incomplete. That’s why, in 1967, the original vaccine was replaced by a new one that used a live-attenuated virus. There have been no cases of atypical measles since then. You might be thinking of modified measles, which occurs when the measles vaccine is used after measles exposure. Modified measles is a much milder version of measles with less complications and a shorter duration.

As for the issue with antibody dependent enhancement, this is an issue when developing vaccine and can delay or outright prevent the medical community with coming out with one. That’s why we don’t have a vaccine for HIV or for SARS. However, not all viruses are the same and most viruses (like the measles morbillivirus or the herpes zoster) do not have this ability. (Similar to how E. coli would not have been an effective subject for Griffith’s experiments.) The vaccines that are on the market today (discounting the flu vaccine) and the vaccines that are part of the childhood vaccine schedule are proven to be both safe and effective.

As far as the HPV article you shared goes, it took me half a second to find that authors of the review Manos was reviewing had responded, refuting his conclusions about the PATRICIA study. Additionally, even more information has come out since then (that article was from only 3 years after the approval of the vaccine) which shows that the vaccine is NOT correlated with an increased rate of cervical cancer in HPV 16 or 18 and can actually be used as a prophylactic.

However, the MMR vaccine IS NOT NEW!! We’ve had over 50 years to study it and conclude its efficacy. The HPV vaccine isn’t really new either. There is a lot more data available now that there was in 2009 (why are all of your sources from around that time? 8 years is like a lifetime in molecular biology research.)

Dude, seriously, this article is some cherry picked bullshit. Sure, be skeptical, but don’t allow your biases to cloud your reading of science.

vaccines are safe in the amounts used, and while the above information is right, you do not mention any of the positives, like, you know, your baby not getting polio. trust me, one round of vaccines that leave you sick for a few days is not as bad as being sick with influenza a for 2 months, and there is no correlation between vaccines and autism. besides, even if there was, there is a large movement going around to care for kids with autism. there is no way to care for someone who died from measles. my grand parents do not have autism and they have been getting vaccines since they came out. they were 2 and 4. they are fine and have been exposed to literally every relative vaccine ever. with that being said, I hope I talked some sense into you. bye.

I much appreciate your information. I continue to educate myself on vaccine dangers and damage.