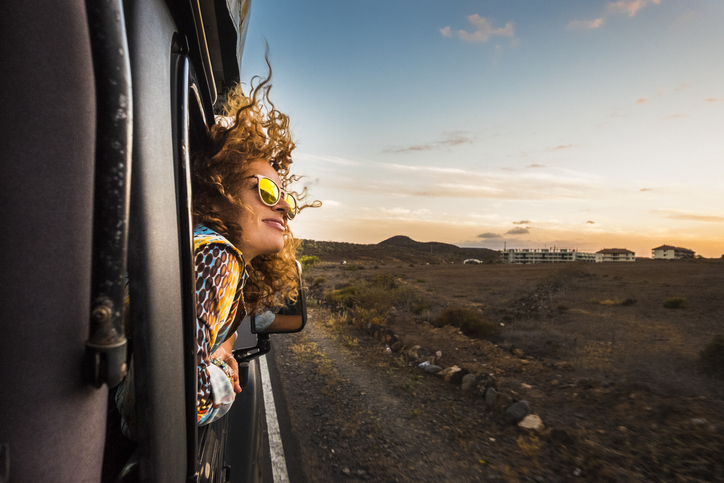 The million-dollar question… Can money truly buy happiness? Many people believe that if they had more money, a lot of their problems would be solved, and they would be happy. However, the statistics argue otherwise. Depression is a leading disability worldwide but affects the United States disproportionately.  Americans are more depressed than their fellow global citizens. According to the 2019 World Happiness report, which evaluates the state of  happiness of 158 countries based on citizen’s perception of life satisfaction, the United States has dropped five spots since 2017, landing 19th in the world. If money buys happiness, then what has led to such a low rate of happiness when, the US is one of the richest countries in the world?

Does a rich nation equate to a happy nation? 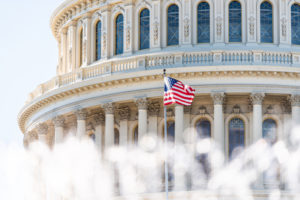 The United States performs higher in per capita income compared to Nordic countries, such as Switzerland and the Netherlands. Although these countries rank in the bottom for per capita income, they rank highest in categories related to overall happiness and well-being. If more money equated to more happiness, the US should be one of the happiest countries on the planet!  Unfortunately for the US, that is not what the numbers show.

According to data collected by the Centers for Disease Control and Prevention (CDC), suicide rates associated with depression in the United States have risen nearly 30% since 1999. Suicide has now become one of the three leading causes of death on the rise and with highly public media coverage of wealthy celebrity suicides such as Kate Spade, Robin Williams, and with the most recent, Freeda George Foreman, people are asking; Why are the suicide rates so high in America compared to other industrialized nations? Why would individuals who can have anything that money can buy be so unhappy? 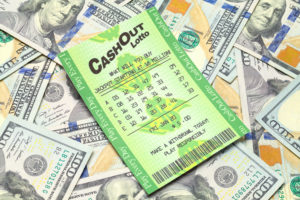 An study published in the Journal of Personality and Social Psychology demonstrated that money and happiness are not as intertwined as we tend to think. Their research showed that lottery winning multi-millionaires were not significantly happier than a group of paraplegics. The Easterlin Paradox similarly suggests that although life satisfaction does rise with average incomes, after the point where people’s needs are met, more money does not equate to more happiness.

Is happiness more than the absence of depression?

Depression, as defined by the National Institutes of Mental Health (NIMH), “is a mood disorder that causes distressing symptoms that affect how you feel, think, and handle daily activities, such as sleeping, eating, or working.” Research suggests there can be many causes of depression, including a combination of genetic, biological, environmental and psychological factors. In fact, depression can co-occur with other illnesses like diabetes, cancer and heart disease, and, can even be a side effect of certain medications. In 2017, 17.3 million adults in the US had at least one major depressive episode.

The fact that depressive symptoms are now occurring in people, without a history of depression, as a side-effect of prescription medication, has implications for depression treatment. Depression is a serious medical condition with the potential for life threatening consequences.

So, if money doesn’t buy happiness then can antidepressant medications like SSRI’s be the solution to happiness? Doctors and pharmaceutical ads showing happy people frolicking in beautiful flower gardens have convinced the larger population that depression is from a lack of serotonin and with the right medications, they’ll become happier. However, many experts have argued that the serotonin model of depression is not based on statistically significant data. 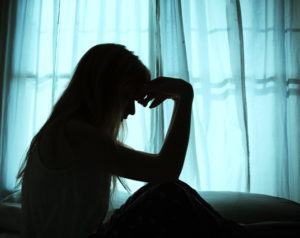 Shockingly, in Sweden, there was an increase of suicides following the mass prescribing of such antidepressants. This report is very alarming considering 15.5 million Americans have been taking antidepressants for at least 5 years, and, suicide is among the leading causes of death in the U.S. The American Foundation for Suicide Prevention data shows that 129 people on average commit suicide every day in the US compared to the Netherlands where 1,917 died in the entire year of 2017.

While depression often has many roots including biology, happiness, according to journalist David Kortava, “is not merely an individual psychological phenomenon, but the product of many overlapping influences, including the quality of surrounding social norms and institutions.” 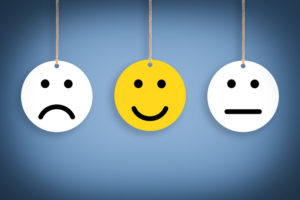 The World Happiness Report (WHR) shows that happiness may be more complex than we believe it to be. The WHR is an annual project that was initiated in support of the United Nations (UN) after the Prime Minister of Bhutan proposed a World Happiness Day in 2011. His proposal brought international attention to “happiness” as a metric for a nation’s success. Over the years, this report has developed into an in-depth analysis of the state of global happiness per country. The project ranks countries by their happiness levels and looks at different categories such as: healthy life expectancy, social support, Gross Domestic Product (GDP) per capita, the happiness of a country’s children, social capital, the civil economy, the absence of corruption, and subjective well-being. The 7th annual report was just recently released on March 20th, 2019.

The results were astonishing! Happiness thrives in our northern neighbor, Canada, and, in Denmark, Norway, Iceland, and the Netherlands. Finland, however, once again takes the number one spot for happiest! The report went on to show that it’s not just Finnish-born people that are happy, immigrants living in Finland are just as happy, which suggests happiness has something to do with their lifestyle or culture. 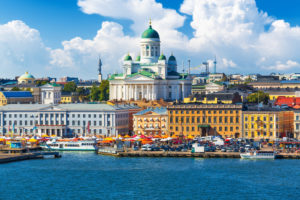 Researchers believe Finland retains the top spot because of their strong social safety net, their commitment to closing the gender gap, a high-quality education system, a successful approach to ending homelessness and, interestingly, Finland is the only country in the developed world where fathers spend more time with school-aged children than mothers.

The nations that were collectively ranked as happiest cited that the most important things to them were social connectedness and support, life expectancy, freedom, perceptions of corruption and generosity.

According to the CDC, US life expectancy has declined for the second time in three years. But life expectancy isn’t the only factor where the US is lagging. Out of 156 countries, except for its 10th place ranking for income, the U.S. doesn’t rank in the top 10 on any measures evaluated in the UN report. In fact, the US only achieved 12th place for generosity, 37th place for social support, and 61st place for freedom. And sadly, we scored a dismal 42nd place for corruption.

The U.S. vs. The Netherlands 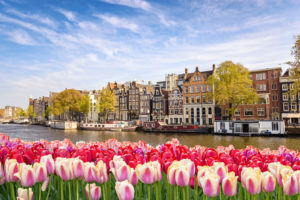 Why is the Netherlands quality of life ranked so much higher than the U.S? According to the Greater Good Science Center at UC Berkley, the Netherlands “ranks above the average in maintaining a work-life balance, jobs and earnings, housing, income, and wealth, education, subjective well-being, health, and social connections. After averaging all the categories, the Netherlands’ overall ranking was at a 9 and the U.S. at 17 out of 149 societies.

Heading in the Direction of Happiness 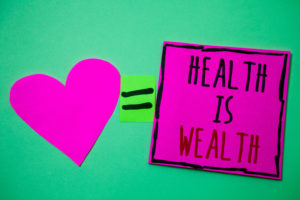 The index showed nations whose citizens have the longest life spans enjoy universal health care and health care that ranks very high compared to the U.S. Canada, Belgium, France, Germany, Netherlands, Norway, Sweden, and Switzerland were just some of the examples.

Can an equalitarian society, one that prioritizes equality among its citizens, be beneficial for people’s health and happiness? Data collected for a study titled, “Economic Determinants of Happiness,” showed that health is a far more powerful determinant of an individual’s happiness, than his or her income. The results revealed that self-described “healthy” people, are 20 % happier than average, while “unhealthy” people are 8.25 % less happy.

Due to research like this, more and more countries are looking at health and happiness as an indicator of national well-being and embracing the notion that those factors are more important than money.

In 2009, instead of primarily focusing on GDP growth as an indicator of the nation’s growth, French President Nicolas Sarkozy announced a plan to make “joy and well-being” a key indicator of growth. The United Nations, in 2011, placed happiness at the forefront of their agenda and passed a unanimous declaration advising member nations to use “happiness” as a measure of their success as a nation rather than economic growth. In 2013, the United Kingdom Prime Minister David Cameron, also joined the movement and announced that the UK would begin to publish a happiness index.

Focusing on the Whole Person 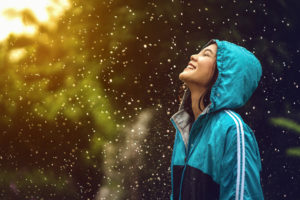 As the many cited reports show, there are many determinants of an individual’s happiness. A combination of good health and access to health care, positive, supportive social relationships, and feelings of connectedness, equality across the board, access to basic resources and needs (e.g., shelter, income, food, water), low levels of corruption, and high levels of generosity, are contributors to one’s overall well-being.

With the US ratings so low in health and well-being categories, and, with suicide rates so high, perhaps we can learn from nations like Finland and the Netherlands and consider “happiness” a priority for our future. The US, with its policies focused on GDP, have not resulted in the positive impacts to health and subjective happiness among our citizens as one would expect. By shifting our priorities, we might be able to find the happiness that money just cannot buy.