On January 5, 2016, a state of emergency was declared in Flint, Michigan by Governor Rick Snyder, after lead in the area’s drinking water was discovered at toxic levels in the bloodstreams of its residents.

In the mid-1900’s, Flint benefited from a booming auto industry which lasted until the late 1980’s, when General Motors reduced its operations. Flint is now known as a financially troubled city, where 40% of its residents live below the poverty line, and 15% of homes have been boarded up and abandoned. Flint residents were already burdened with a multitude of hardships, 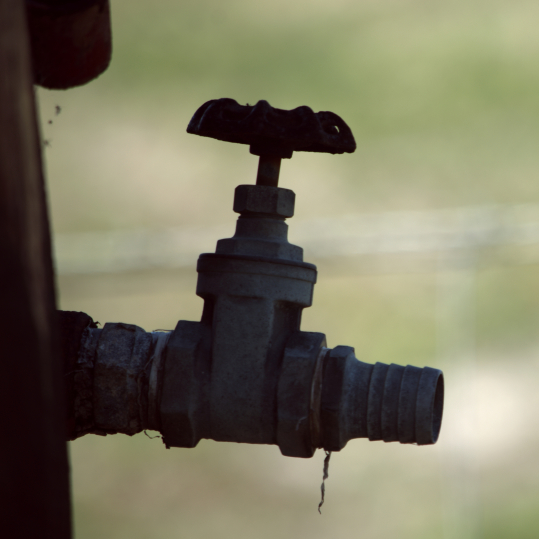 and now they can add long-term health conditions to the list.

The crisis began in 2014 when the city decided to stop drawing water from Detroit through Lake Huron (a service they paid for), and started taking it from the Flint River instead – a decision made solely in an attempt to save money. A 2011 study of the river water showed that it must be chemically treated before use. Federal regulations require that cities like Flint treat the water to control for corrosion, yet officials never properly addressed this issue. Despite complaints from residents, as well as evidence of lead in the water, no city, state, or federal official acted to protect the citizens of this disadvantaged community.

Although the city has switched back to drawing water from Lake Huron, the local water still contains dangerous levels of lead from recently corroded pipes, and government personnel are handing out water bottles and water filters as they wait for the water supply to return to safe levels.

Someone should have known

It’s no news that lead is dangerous. Lead exposure can affect nearly every system in the body. The effects on the peripheral nervous system are more pronounced in adults, while the central nervous system is more prominently affected in children. Fetuses and young children are especially vulnerable to the neurological effects of lead, as the developing nervous system absorbs a higher percentage of this heavy metal. At higher levels, lead can cause permanent brain damage and even death. According to the CDC, “No safe blood lead level in children has been identified”.

This past summer, Dr. Marc Edwards, an award winning scientist and leading expert in water corrosion, brought a Virginia Tech team in to test the Flint River water, and concluded it was 19 times more corrosive than the water Detroit was supplying. The fact that no one addressed the ability of Flint River water to corrode and increase lead levels before they switched the supply continues to shock most, but sadly, not Edwards. He had seen this kind of thing before.

It’s not the first time

How could this have happened, AGAIN?

People who have been paying attention know that Washington D.C.’s water was lead contaminated, complete with cover-up, from 2001 to 2004, due to a change in treatment chemicals. Marc Edwards was on the scene, more than a decade ago, when government agencies failed to act responsibly once the danger became evident.

The wide-spread, multi-agency effort to downplay risk and misrepresent science during the D.C. water scandal was eye-opening for Edwards. As he writes in his forward to the book Science for Sale by Dr. David Lewis,

“…before living through it myself I would never have believed it possible.“

The EPA knew about the problem in 2002, but continued to allow contaminated water to be consumed by disadvantaged citizens for two more years. They even got some help hiding their failures from the CDC, who published a study saying that no one was harmed by their elevated blood lead levels, even though all existing science clearly demonstrated that lead was, in fact, harmful. The study was later described as “scientifically indefensible” during a congressional investigation.

Lower socioeconomic groups suffer the most

Those with a financial advantage may very well have avoided harm, but the same cannot be said for lower income citizens. Those who struggle to make ends meet are disproportionately affected by lead in water. Older homes and apartments have pipes and fixtures that were manufactured prior to the ban on lead, and poor families don’t have the means to replace this toxic equipment. These individuals don’t have the money to buy water bottles, therefore rely on tap water to drink. Lower-income families also depend on WIC, which supplies only powdered infant formula that must be mixed with water (likely tap water) for consumption.

Similar incidents – not a coincidence

In 2000, Washington D.C.’s population was 60% black. Flint is close at 56%. Flint’s median household income is less than half of the state of Michigan’s. D.C’s neighborhoods are highly segregated, with many falling into the ‘high poverty’ (greater than 30% living below the poverty line) category. In both cases, government and regulatory agencies not only failed to protect their residents, but actively sought to cover up the injustices committed.

Here’s a timeline on how government showed its incompetency once again – this time in Flint, Michigan:

Shortly after, an EPA memo is leaked to the press. This memo details that water in Flint is a “major concern” and that samples show high lead levels, and states that water should be a “serious concern for residents”. The EPA scientist who wrote the memo is declared ‘a rogue employee’, and EPA officials state that they need more time to assess the situation. On a local radio station, an EPA spokesperson responds by saying that residents should relax, because there doesn’t seem to be a problem with the water. No action is taken.
Unfortunately, it’s too late for action. Many of the residents have already suffered from lead poisoning, especially those infants whose powdered formula was mixed with tap water during their first year of life.

An admission from the governor that ‘mistakes were made’ does nothing to reverse the damage that has already been done. Effects of high blood lead levels will not become clear for years or even decades, when statistics become available on special education needs and crime rates. Lead physically shrinks areas of the brain that control a person’s ability to focus on tasks, regulate emotions, and control impulses. Studies show that lead-poisoned kids are six times more likely to end up in the juvenile justice system. They are also seven times more likely to drop out of school.

This is not the end for the residents of Flint, but just the beginning.

The United Nations General Assembly declares that clean drinking water and sanitation are essential to the realization of all human rights. All people deserve equal access to clean water, and have a basic human right to health, as stated in Article 25 of the United Nations Universal Declaration of Human Rights. If these basic human rights were prioritized in the decision making process, Flint’s vulnerable residents may never have been exposed to the tainted water supply.