Barry Segal, founder of Focus for Health Foundation (FFH), recently participated in a Ben Swann video dealing with taxes called “America’s Tax System is not Broken.” It isn’t broken because the tax code works exactly as it is intended. It favors the rich, and hurts the poor. Those in power (and their high-priced lobbyists), make sure it stays that way.

Some of you may be asking yourselves, “What do taxes have to do with health?”. It’s an important question to answer. Before we can understand what has caused so much sickness in this country (and, as a country, we are sick, we first have to understand sickness itself.

Germs don’t cause illness. I know – that doesn’t seem to make sense. It goes against all scientific evidence since the days of Louis Pasteur back in the 1800s. Science dictates that, in order to maintain health, disease-causing pathogens must be eliminated. But while pathogens may be necessary to cause infection, they are not sufficient to cause disease all by themselves. 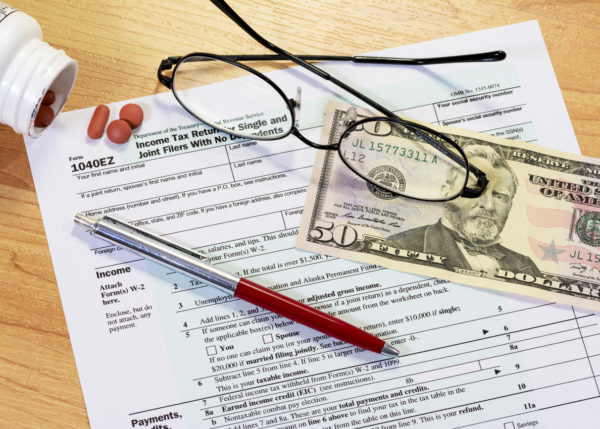 Let’s look at the human papilloma virus (HPV). It can be harmless (as it is for most people who contract it) or it can be deadly – causing terminal cervical cancer. Why? What’s the difference? The virus runs the same program in every host. If the virus does the same thing in 100% of people, but only 10% of them cannot clear the virus, then it cannot be the pathogen alone. Something went wrong with the host. The American Cancer Society states that smoking, stress, and nutrition are factors that influence which women will develop cervical cancer. These are social factors, and fall under the umbrella of social determinants of health.

Social determinants of health are the conditions in which people are born, live, and work. These circumstances are shaped by the distribution of money, power, and resources, and they have a direct impact on the health of a population.

Parts of the world with narrower income differences tend to have lower mortality rates. Japan is a good example of this. They have a higher rate of cigarette smoking per capita than the U.S., but lower rates of smoking-related illnesses, including lung cancer. Why? According to this report, Japan has the most equal economy in the world in terms of wealth distribution. They also have the highest life expectancy, and the lowest infant mortality rate.

Our current tax code is a major reason why there is such a giant wealth gap in this country. Wealth inequality in the United States is a huge problem, and it’s growing. Uneven distribution of wealth directly contributes to the fact that the United States is losing ground in so many of the important health categories when compared to other wealthy countries.

At FFH, we support efforts that increase public awareness of the connection between hazardous environmental exposures and the immune system, and address how social determinants of health and inequality within populations create vulnerability to disease. Wealth inequality must be addressed as a factor driving health outcomes in the wrong direction. Attempting to fix our unfair tax code is just one small step towards a healthier America.