During pregnancy, the developing fetus is vulnerable to the mother’s normal biological response to immune challenge. Recent epidemiological studies indicate prenatal exposure to inflammatory signals from parasitic, bacterial, and viral pathogens, including the flu, show significant correlations with neurological and immunological abnormalities, including autism spectrum disorder. These findings are supported by the fact that children born in the winter or spring months are at greater risk of developing schizophrenia, and evidence suggests that maternal immune response to the influenza virus may be responsible. Termed maternal immune activation (MIA), the role of inflammatory mediators during critical gestational periods has been shown to have adverse effects on fetal development. 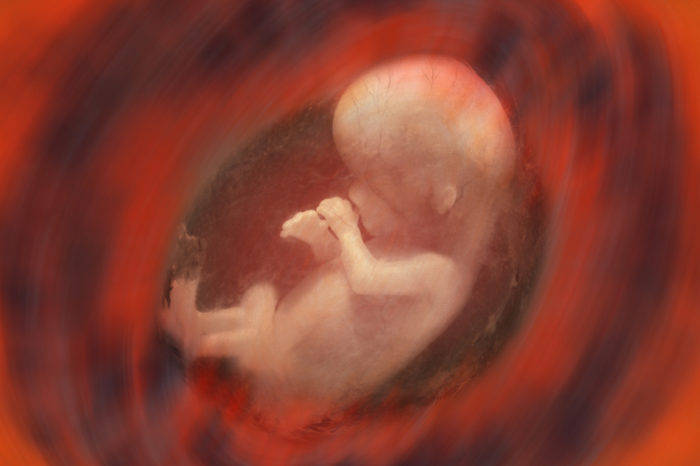 The human immune system is designed to protect the body from disease through a complex interplay involving both genetic and environmental factors. Normal activation of the immune system elevates cell signaling proteins (including cytokines) and promotes the production of antibodies to fight off current infection, as well as defend it from future exposures to similar antigens. In other circumstances, the immune system may react to self-proteins, without the presence of infection, developing antibodies against itself, as in autoimmune disease.

There are many ways in which the maternal immune system can be activated. Dysregulation of the immune system leading to autoimmune disorders, with or without the presence of infection, as well as autoantibodies produced in the mother with autoimmune disease, may be implicated in the generation of antibodies to the fetal brain. Many theorize that maternal exposure to environmental toxins may be responsible for maternal reactivity to fetal brain proteins.

A new study titled “Prenatal Fever and Autism Risk” supports the hypothesis that maternal fever in pregnancy, regardless of trimester and regardless of what caused the fever, is associated with increased risk of autism spectrum disorder (ASD) among offspring. While earlier studies found that prenatal exposure to infectious agents increased risk of ASD, this study supports more recent findings that activation of the maternal immune system has deleterious effects on fetal brain development and plays a role in neurodevelopmental consequences.

In pregnancy, some degree of inflammation in the mother and placenta is normal. Of pregnant US women, 20% report having one or more fever episodes during their pregnancy. This new study examined the associations between prenatal fever and ASD risk as well as the effects of antipyretics in mediating risk.

Based on a large prospective population based birth cohort, this study analyzed a sample of 95,754 children, 51.4% of whom were boys.

The results show associations between ASD and fever in any trimester, although the effects were strongest in the second trimester. Fever-associated ASD risk increased markedly with fever frequency particularly after 12 weeks’ gestation. Acetaminophen worked minimally to mitigate the risks for fevers occurring in the second trimester. Of the 538 cases, ASD was five times more prevalent in boys than girls. The authors’ findings support the hypothesis that in a subset of ASD cases, fever and associated immune disturbances may be implicated.

Earlier this year, a study was published by a research group from the insurance giant Kaiser Permanente  which concluded no evidence of harm in administering prenatal influenza vaccines. According to Focus for Health scientist, Brian Hooker , who submitted a letter to the editor of JAMA, “The study authors asserted that there was no relationship between those who received the flu shot during pregnancy and later autism spectrum disorder (ASD) diagnosis in the child. However, that proclamation was not consistent with the study’s results. Specifically, women who received the vaccine during their first trimester of pregnancy showed a 20% greater risk of having the child later develop ASD.” Hooker explains the data were manipulated using a “Bonferroni” adjustment to mitigate the evaluations of the data. According to Hooker and another group of researchers from the Health Protection Agency of Milan, Italy, who also submitted a letter to the editor, this is a statistical error which reduces the statistical significance. Therefore, the actual data shows the maternal flu shot can and does increase risk of ASD in the child, in some cases.

FFH founder, Barry Segal, questions the practice of enforcing the maternal flu shot. “We know that introducing antigens can and will provoke an immune response in the mother, regardless of the presence of infection, and that could be harmful to the fetus.

The influenza vaccine is also a class B or C drug, depending on the formulation, which means it has never been tested for safety or efficacy in pregnant women, and some doses still contain thimerosal.” Studies show that only 5% of the general population will acquire the influenza virus, however, if the influenza vaccine does its job, immune activation will occur in 100% of pregnant women who receive the flu shot. Furthermore, the Zerbo et al. paper did not show a correlation between the flu in pregnancy and ASD, rather MIA via the flu vaccine was associated with ASD, when given in the first trimester of pregnancy.

Maternal antibodies that target fetal brain tissue are of great interest to researchers in ASD and the link to maternal immune activation.

Recent research shows this abnormal immune response of the development of antibodies against fetal brain proteins are found in 12% of mothers of children with ASD.

Maternal immunoglobulin (IgG) antibodies normally cross the placenta to protect the fetus from infection while the immune system is immature, and continues to protect the infant through the first six months of life. While the placenta allows nutritional and immune molecules to gain access to the fetus, it also acts as a barrier to potentially damaging molecules. However, it does not prevent maternal fetal anti-brain antibodies from crossing the placenta. Although brain reactive antibodies are not always causative in central nervous system disorders, a developing fetus’s brain is not protected by a blood brain barrier and is therefore at risk. Scientists hypothesize that anti-brain antibodies may disrupt normal brain development and increase risk of at least one subset of ASD.

Since maternal immune response, absent of infection in the fetus, can cause harm to the fetal brain, maternal stress therefore creates vulnerability. Both chronic and acute stresses in pregnant women have been associated with autism, depression, and schizophrenia in offspring. Studies have shown that prenatal maternal stress (PNMS) increases the production of stress hormones like cortisol which prepares individuals to deal with stress. 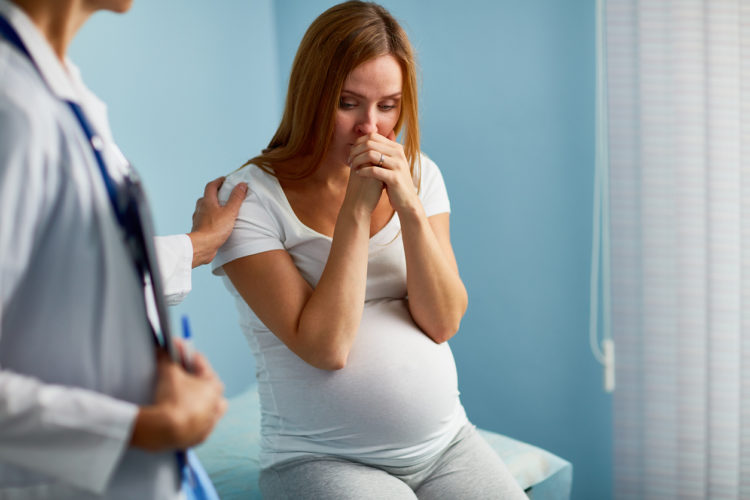 High cortisol levels in pregnant mothers have been correlated with higher cortisol levels in the fetus, and have been shown to be associated with poor post-natal outcomes. Additionally, maternal stress as a social determinant of health creates vulnerability in children as it is associated with low birth weight, diminishes innate immunity, and increases the likelihood of neurological dysfunction. While not all of the underlying mechanisms are clear, it is presumed that stress influencing cytokine levels and corticosteroids play a role in the inflammatory response.

Research supports the dangers of maternal immune activation during pregnancy, proving that the intrauterine environment is crucial for neurodevelopment and fetal health outcomes.

There are many underlying mechanisms that influence maternal immune activation, and mounting evidence clearly indicates that MIA negatively affects a fetus causing neurodevelopmental and neuropsychiatric disorders in the offspring. Likewise, the latest research offers hope for treatment possibilities as well as prevention. Some studies are showing hope that fetal inflammation, caused by maternal cytokines, may be controlled by suppressing inflammatory cytokines with amino acids such as n-acetylcysteine (NAC). The fetal brain is vulnerable to maternal stress, inflammation, and fever, with or without infection. Therefore, physicians should thoroughly screen pregnant mothers for all vulnerabilities prior to vaccination, and mothers should always maintain the right to make health choices that are in the best interest of themselves and their unborn babies.

Hi. I have searched and searched for links between maternal immunity activation by vaccines and brain development but couldn’t fin anything. I wonder if vaccine such as flu and pertussis) would a form of maternal immune activation, or it’s only slight exposure to pathogens? What is the difference between vaccination and MIA?

Great article. I’m glad that you post this regardless of so many out there that feel that vaccines are infallible. We need to practice unbiased science (as much as we can) and know there can be risks with anything. Thanks for sharing this.

You said above “A new study titled “Prenatal Fever and Autism Risk” supports the hypothesis that maternal fever in pregnancy, regardless of trimester and regardless of what caused the fever, is associated with increased risk of autism spectrum disorder (ASD) among offspring. While earlier studies found that prenatal exposure to infectious agents increased risk of ASD, this study supports more recent findings that activation of the maternal immune system has deleterious effects on fetal brain development and plays a role in neurodevelopmental consequences.”

I wanted to add to this, that it could make sense that with the increase of vaccination during pregnancy and also with babies being vaccinated immediately after birth, that this is the increase in ASD. There are correlations between these events.