Neurological disorders are on the rise in our most vulnerable populations –children and older adults. Among the most debilitating is epilepsy. This chronic illness creates a tremendous burden on the individuals, families, and healthcare systems affected. Many seizure disorders can be correlated with environmental factors, which could potentially be prevented with more research and education.

This neurological disorder stems from a malfunction in the way that nerve cells in the brain communicate. While epilepsy’s classic manifestation is seizures, having one seizure does not mean a person will be epileptic. The criteria for diagnosis is having two or more unprovoked seizures that are at least 24 hours apart. A seizure can be brought on by an injury or an illness, but once these triggers are eliminated, the person may never have another seizure.

Epilepsy rates in the US 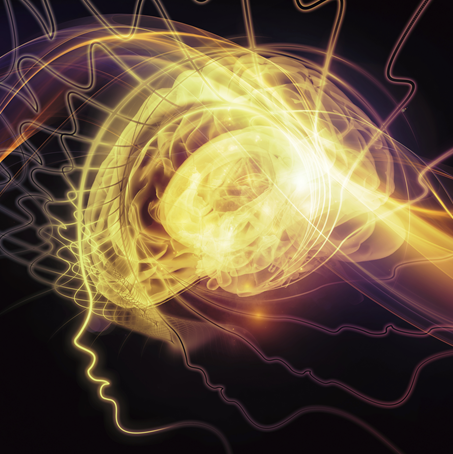 According to the CDC, about 2.9 million people in the U.S. have epilepsy. Unfortunately, there are large gaps in statistics surrounding this disorder. Because there are varying criteria for diagnosis, differences in reporting mechanisms, and inconsistent population health data collection by regulatory agencies, trends in epilepsy are extremely difficult to determine.

The Institute of Medicine has reported a real need to improve data collection to ascertain the true incidence of epilepsy, as well as the co-morbidities that accompany the disease. Collecting specific information across various ethnicities and environments may provide insights into prevention and treatment.

Approximately 150,0001 (IOM) people in the US are diagnosed with epilepsy each year. 1:26 people will develop epilepsy2 (Institute of Medicine).

Who is at Risk for Epilepsy?

The highest onset of epilepsy occurs during infancy and adolescence, dips during adulthood, and then rises again in adults over 60 years old. 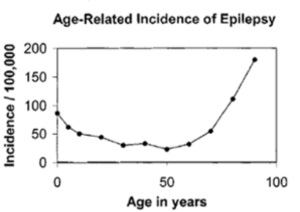 The higher rates in childhood and older adulthood are concerning because these groups are typically known to have developing or weakened immune systems. Specific interventions aimed at these vulnerable populations, such as reducing toxic exposures and increasing nutrition, may lead to lower rates of the disease.

Anything that causes trauma to the brain is a risk factor for epilepsy. Damage to the brain can be caused by a multitude of factors, including:

The causes of epilepsy can be difficult to pinpoint –half of those affected will never know why they developed it. Underlying contributing factors may include genetics, gender, race/ethnicity, socioeconomic and environmental factors.

The majority of the research has looked into the genetic component, but more investigation is necessary to understand the full picture. Immune deficiency and exposures to environmental pollutants also greatly contribute to risk. As with many chronic issues like heart disease and diabetes, being at risk due to family history or genetic predisposition does not mean a person will develop epilepsy. By limiting known environmental and immune health risks, vulnerable individuals can reduce their chances of ever developing the condition.

If properly treated, up to 70% of people living with epilepsy can live productive lives either free of seizures, or with controlled disease.

Unfortunately, roughly 25% of patients will face uncontrolled epilepsy at a cost of approximately $10,000 per individual annually. This group makes up 80% of the total $12.5 billion that the US spends per year on epilepsy. A study from the University of Texas showed anticonvulsant drugs accounted for 30% of direct medical costs. The cost of diagnosis and treatment is likely to increase as the U.S. population ages.

Those affected by epilepsy are vulnerable to developing additional chronic illness, such as autism, cardiovascular and respiratory conditions. The American Academy of Family Physicians reports that 11-39% of people with autism spectrum disorder also have epilepsy.

Children with co-morbidities like depression, anxiety, and headaches will generally have a more challenging developmental future than those who suffer from the disease alone. Quality of life challenges exists for adults as well.

An epilepsy diagnosis limits independent activities, such as the ability to drive, live alone, attend school, or participate in social encounters like sports. Because of this, epilepsy can come with a stigma, and many epileptics share concerns over being treated differently. It is not uncommon for individuals with chronic illnesses like epilepsy to hide or fail to disclose the true nature of their conditions. This can handicap advocacy, awareness, and educational efforts for the disorder.

Encouraging public acceptance through education may help to foster constructive dialog about this often misunderstood condition.

The goal is to achieve optimal health in ourselves, our families, and our communities.

Understanding available information in order to make informed decisions is paramount. Calling for regulatory agencies like the CDC, FDA, and EPA to do more research into the environmental causes of the rise in chronic illnesses like epilepsy will allow individuals to make more educated decisions regarding their health.

Recognizing vulnerable populations to minimize risk is at the heart of Focus for Health’s mission. Taking active steps to strengthen the immune system and avoid environmental threats can help you and your family reduce your risk for not only neurological disorders like epilepsy, but many other chronic illnesses as well.

Prevention is the best medicine. Here are 3 things you can do today: