Dolly and I, 3 years ago at Wimbledon, met someone in our group. He mentioned 13 years ago he developed a severe illness –Guillain–Barré- after the flu shot. 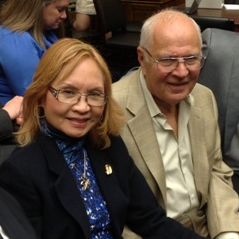 An RN who works for us was talking to a co-worker. Her 22 year old son’s right arm went dead (paralyzed) after the flu shot. He was a pitcher. This nurse works in a nursing home, and she questioned a younger woman why she was a patient – same thing, Guillain–Barré after the flu shot. In 2005, when they gave the flu shots, 20 people had severe neurological side-effects (became incontinent, lost the ability to walk). Last year, after the flu went around, 11 people died in two weeks – usually only one would die in that period of time. Everyone who died had the flu shot. 90% of the patients there got the flu. 5 had refused the flu shot, and 4 of those didn’t even get the flu.

Recently, Dolly and I stopped by an art gallery that we were at 5 years ago and he remembered us and the SFF foundation. I brought up the new foundation Focus for Health. He was a health nut, and eventually I brought up the flu shot. He tells me of his friend – a French doctor who stopped giving the flu shot. I stopped him from talking, and told him it was because of Guillain–Barré. He said I was right.

It makes no sense not to deal with this. This is a vaccine that the CDC guesses each year which strains will be circulating in the next flu season. In the 2014-15 flu season, the flu shot effectiveness was 18%, and the multi-dose flu shot still has a heavy dose of mercury.

In the last 15 years, there were 1,117 accounts of Guillain–Barré reported to the Vaccine Adverse Events Reporting System (VAERS). It is estimated that only between 1 and 10 percent of all adverse reactions are actually registered with VAERS.

My dad was 93 when he passed. Short 2 weeks before his 94th birthday. He had been well, despite his old age, still cooking for himself and my mom, walking to the grocery store, 45 min away. He walked slowly, that was the main thing… Otherwise, he was fine. He went to accompany my mom during a check up and before I could get the driver on the phone to tell her NOT to let them get a flu shot, it was too late. Approximately 2 weeks later, my dad passed away, suddenly. I chocked it up to him being old and winning too much at the blackjack tables the night before. (He had a good time, the night before he passed). But did he have to pass?

I am very sorry. My dad, who is 72 and already a paraplegic, got Guillain Barre after getting flu shot. Of course docs won’t confirm that’s why he got it, but guess who can’t get the flu shot anymore? I have had to plead my case for years against getting my children vaccinated with the flu shot and them telling me I am an irresponsible parent. Hope this was a wakeup call to them. My dad has recovered a lot but probably will never fully recover and requires home health care now.

I’m sorry for your loss Geri 🙁

I got a flu shot because the doctor said get it or find another Medicare Doctor.
I made me really sick. I’m still having
diarrhea problems that I feel are a result of the flu shot.

I would switch doctor immediately if I would be pressured/threatened to get treatments I refuse.

My father had a flu shot in 1978 and was paralyzed within 48 hours. Doctors said it was guillain barre. It ruined his life.

Sure it wasn’t the Swine-flu shot? A friend almost died but spent 6 weeks in hospital.

Thank you very much for posting this information. How I wish more folks knew about this as Guillain-Barre is a life-threatening condition. I’d like to just say that …

The flu shot is not the only vaccine that causes Guillain-Barre. The Pneumococcal 23 vaccination was recommended by an immunologist in order to determine if my granddaughter has a compromised immune system. A mass of red flags went up for me. How in the world is it okay to determine if the immune system is compromised by using something that will potentially worsen her already struggling health. She is autistic, microcephalic, has a diagnosis for moderate intellectual disability, and is the most precious and endearing child to me her grandmother and adoptive mom. There is no way I put or allow anything into her system any more until I have done my homework. Yes, it takes time but I do not want any more neurodevelopmental end results. She has enough going on.

I did my research. Guillain Barre is one of the possible ‘serious side effects’ of receiving this vaccine. There was NO way I could take such a risk with her health. Then I wrote about it in my blog where there are many more details than I can relate here. I am glad to share a link to that page if you want to read more but out of respect for this site and Barry and Dolly, I don’t want to publish it here. Email me at lindasea53@gmail.com if you want to read more about the pneumonia vaccine that I refused for my daughter because of the Guillain-Barre side effect.

Look, what Barry says here is significant. “It makes no sense not to deal with this. This is a vaccine that the CDC guesses each year which strains will be circulating in the next flu season. In the 2014-15 flu season, the flu shot effectiveness was 18%, and the multi-dose flu shot still has a heavy dose of mercury.” Doing research into a vaccine and any and all drugs before they are administered is growing more and more to be critically important to our health. So yes, deal with it, and

This is certainly punctuated by the fact the CDC does not appear to be trustworthy. I encourage you to see the movie ‘VAXXED From Cover-up to Catastrophe’ to see what I mean and check out their website vaxxedthemovie.com.

There is more to flu vaccines and vaccines in general than is meeting the public eye. At least this is what I have surmised after doing the research and reading drug inserts and digging around for the facts. After all, if there is a “vaccine court” that has paid out millions of dollars there is a problem, don’t you think?

Linda,
Please feel free to share the link to your blog. Focus for Health is interested in our followers’ stories, and others may benefit from hearing about your unique experience. Protecting vulnerable children like your granddaughter is a large part of our mission.

Thank you very much, Focus for Health Team. I did not want to presume by sharing my blog about the flu vaccine and what I learned when digging for information on the pneumococcal 23 vaccine. What I discovered was alarming. And I found truly alarming the responses of the others who have commented here. How I wish we could get word out and have folks be in a better place when making health-related choices.

Here is what I wrote on this same subject: http://specialneedsadvocatepower.com/serious-flu-shot-side-effects-should-you-be-concerned-for-your-special-needs-children

If you have concerns or questions about anything I have written I am glad to respond to those concerns. Thank you for the privilege of sharing some of my story through my blog by allowing me to share the link to my page.

Yes, Linda. You are correct.

Barry – Your article on Guillian-Barre is very interesting. I worked with a university professor for years who suffered a severe reaction to his flu shot. Comma for over 2 months, and 2 subsequent strokes. I have completed a research paper on this going to press soon: The Effects of a Supervised Progressive Exercise and Balance Program on Functional Fitness Levels and Changes in the Chedoke Physical Inventory Scale in a Patient with Guillian-Barre Syndrome: A Preliminary Case Report. When it’s published – I will pass it along. Thanks for posting your work. I look forward to share as well.

Hello Eric,
My name is Melva Clifford, woldorf41@yahoo.com is my email. I too have contracted Guillian -Barre Syndrome, and had a stroke after receiving the H1N1 flu shot that was forced on us with the Government, to this day my health has been going down hill. I was also told I need to take the Pneumoccal vaccine, since then I have been getting pneumonia a lot. can you send me more information on this. Very concerning.

Please decline all vaccinations. They are full of heavy metals, and are toxic. Read the inserts. EDUCATE yourself. They are poison. My son lost all speech the morning after the MMR at 15 months old. He’s now 6 years old, and has said one word since. Please save your children.

I contracted Guillian Barre in November 1975 at the age of 17. I spent 2 months in the ICU with a respirator plugged into my throat. I’m 5’9″ . I lost half my weight and went down to 68 pounds. I developed major intestinal difficulties and jaundice. It was 6 months before I started to walk again. I spent 7 months in acute care and one month in a convalescent hospital. At discharge I weighed 85 pounds. My feet are still partially paralyzed and I often lose my balance or bump into things. I’m 1976 my doctor told me to never get a flu shot or I’d have a 1 in 10 chance of getting GBS again.

I had both Influenza Vaccine & Pneumococcal 23, about 5 weeks ago. Had arm that went up to my neck. The neck pain is persisting. A few nights ago I got our of bed and could not feel my legs! I fell trying to back up to the bed. In the morning , I wondered if it was a dream but the pain & bruising proved otherwise! Now I’m fighting the Flu at Christmas. 102 fever, aches, chills, coughing, etc! I never got flu shots ( And haven’t had flu in 25 years) but my employer will not allow us in the building without wearing a mask for 13 hours! I tried but couldn’t BREATHE! So I went ahead & complied! Frustrated!!!

Do you recommend a person with GBS history to receive flu vaccine?

DON’T FORGET YOUR FLU SHOT: Shane Morgan was one of those people who thought the benefits of the flu shot outweighed the risks involved, so back in November he obeyed the ubiquitous bully marketing from Big Pharma, and went and got his shot. Got shot is more like it. Within 36 hours he went blind, struggled to breath and became partially paralyzed. He spent 4 days on a ventilator in the ICU of his hospital. But it hasn’t been all bad news, though. Shane didn’t catch the flu.https://www.nowtheendbegins.com/las-vegas-man-gets-flu-shot-then-loses-his-vision-becomes-partially-paralyzed-spends-4-days-on-ventilator/

In 1976 a group of my co-workers talked me into getting the swine flu shot as there were massive warnings that people were going to die from swine flu that year. Within a couple of days I developed GBS. I became paralyzed on my right side. In addition I couldn’t stand anything touching my skin. A light sheet was even painful. I was lucky that my episode only lasted three weeks but I was terrified at the time. People died from that shot and I had all the symptoms. I was afraid to go to sleep. I developed knots on my back from stress and was placed on Valium for the duration. An allergist/immunologist told me two years ago that it was safe to get the newer shots but I’m still too afraid to. I’m lying in bed right now with a horrible case of the flu and wish it were possible for me to have had a shot but I never will again. Too scary.