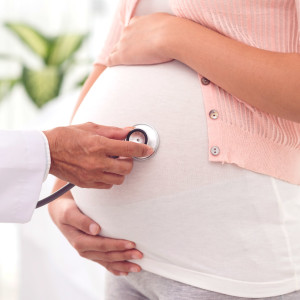 Vaccines are not routinely tested on pregnant women. In 1976, the FDA issued guidelines to vaccine manufacturers stating that pregnant women should be excluded from research. This is an understandably wise precaution considering the special vulnerability of the developing fetus. However, although vaccines are not tested on pregnant women, once approved for general use, they are assumed to be safe for the fetus and can be recommended during pregnancy. Safety is evaluated afterward by passive surveillance, making pregnant women a de facto part of the testing procedure. The determination of safety is based on the mother’s health or immediate threats to the baby. Little, if any, consideration is given to long-term neurological outcomes.

As pharmaceutical manufacturers successfully lobby to expand the market for their products to pregnant women, the lack of safety research on vaccines administered during pregnancy has become more glaring. On November 13th, 2015, the FDA finally decided to address the non-sequitur established by their 1976 guidelines. They had two options to repair the disconnect: stick with the established historical precedent disallowing testing on pregnant women and rescind the recommendations to administer vaccines during pregnancy − or − permit safety testing on pregnant women to establish that the vaccines are safe for the developing fetus. The FDA’s decision: no decision. Each vaccine will be evaluated separately, but the FDA isn’t ruling out that existing guidelines against testing vaccines on pregnant women may change, and soon.

Has TDaP been proven safe during pregnancy?

The TDaP vaccine is being offered to every pregnant woman, with each pregnancy, despite a dearth of safety testing.

The FDA currently classifies the TDaP as a Class C formulation.

Category C medications lack adequate and well-controlled studies in humans but have been associated with an adverse effect on the fetus in animal reproduction studies.

The package insert for a popular formulation of TDaP routinely given to pregnant women states:

Why would doctors recommend untested vaccines?

The gold standard for safety testing, using double blind placebo and control groups, hasn’t been possible with pregnant women. Therefore, administration of vaccines is still considered ‘off label’ use.

CDC recommendations for vaccines during pregnancy are a relatively new protocol, especially when it comes to TDaP. This shot has only been routinely given to expectant mothers for the past 5 years.

Most doctors feel comfortable offering the vaccine because this practice has been recommended by the Advisory Committee on Immunization Practices (ACIP). The ACIP is made up of 15 voting members who make decisions on which vaccines should be recommended for the American population. The CDC then promotes the recommendations of these 15 individuals as the United States Vaccine Schedule. However, not all members of the ACIP are doctors or scientists. While they are required to report any connection to the vaccine industry, members of the ACIP have been accused of conflicts of interest in the past, with congressional hearings called to address the issue.

Although TDaP contains three different antigens, recommendation of the vaccine during pregnancy is largely intended to protect babies from pertussis, a communicable disease more commonly known as whooping cough.

Whooping cough is a scary illness. In 2010, a large outbreak in California resulted in a major campaign to increase vaccination coverage, despite already high vaccination rates. The number of confirmed cases peaked in 2012 at nearly 50,000 cases, with 20 pertussis-related deaths. Because a large portion of those infected had already been vaccinated, waning immunity was pinpointed as the most likely reason for reoccurrence of disease. Offering boosters seemed the most effective plan of action to stem outbreaks. Today, 5 doses of the vaccine are recommended. Even with this intervention, 2014 saw more cases than in any year (excluding 2012) since 1959.

The risk of contracting pertussis continues to rise in the years following vaccination. Current research indicates immunity from today’s formulation drops to a dismal 34% within two to four years. Clearly, a more effective vaccine is needed.

Protecting vulnerable infants, too young to be vaccinated, has proven to be a challenge using the currently recommended vaccine. Original strategies involved the idea of ‘cocooning’ – vaccinating all who come in contact with the infant in order to provide protection. This tactic was ineffective, forcing the 2011 decision to begin recommending the vaccine during pregnancy in the hopes that the baby will receive some passive immunity through the placenta before birth.

Known risks of vaccination during pregnancy

Immunization triggers the vaccine recipient’s immune response. That is what it is designed to do. The intention is to create the same lasting protection that an infection would create, without any of those nasty symptoms that make a person feel sick. Unfortunately, this can only be done through activation of the body’s immune system defenses.

So what happens when the vaccine recipient is pregnant?

Why not make a better, more effective vaccine?

The Children’s Hospital of Philadelphia, a leading authority in vaccine-preventable disease in children, estimates that every year, between 600,000 and 900,000 cases of whooping cough occur in adults and adolescents, although about 95% of these cases go unreported. Dr. Art Reingold, professor of public health and the head of the CDC’s Advisory Committee on Immunization Practices group on pertussis says “Pertussis is not going away with the current vaccine”.

Regulatory agencies and vaccine manufacturers should prioritize the development of an effective vaccine, one effective enough to protect pregnant women through herd immunity. Instead, women are expected to take a risk to both themselves and their unborn children by accepting vaccination during pregnancy. The strategy is decided by profit. Vaccine manufacturers make more money when the market for their products is expanded, contrasted to the cost of developing a new product. They have no financial incentive to make a new one. As a result, instead of getting an effective vaccine, we get relaxed policies for safety testing on pregnant women.

Until an effective vaccine is created, pregnant women will be left with a very difficult choice.

Vaccines have no business being around a developing fetus!

MInamata taught us that toxins in a pregnant mom spare the mom and injure the fetus. This acellular vaccine seems to be failing. I read this week that all of the children in a NC outbreak were fully vaccinated, and that this seems to be the trend. The cdc seems to be floundering, this new strain is being caught and carried far longer by the vaccinated, how can they suggest this is going to work at all. Keep the infants away from vaccinated children, as odd as that sounds, because they are carrying the disease for far longer periods of time than those not vaccinated . It almost seems the vaccine primed them to catch and carry. We don’t know enough to make a decision, sadly the mom will have to make her own. I wouldn’t give any advice beyond suggesting the flu vaccine should be thimerosal free, that’s the best I can offer.

Not healthy and unsafe wouldn’t jab my dog with a vaccine like that why do that to humans? Untested and not proven to work 100%

with me being pregant is the vaccine harmful

Thanks for finally talking about >Focus for Health |
Are Vaccines During Pregnancy Safe? <Loved it!

Please dont get this shot. I strongly feel that the Tdap shot gave my son Autism. He has speech/development delay and sensory issue. I think the Tdap could have been directly impacting his development while I was pregnant. I wish I could undo that decision. My two other children are fine and I didnt get the shot with them.

Can you please tell me why you think that please..that sounds exactly like my son…

I am pregnant and I am being offered this vaccine, I’m scared of whooping cough but also scared of doing more harm than good to my developing baby.. I wonder how many parents out there have vaccinated and have not and what the outcomes were..

I am very concerned about vaccines during pregnancy. What also concerns me is that most studies on TDaP etc. simply say that there were no birth defects, no increased risk of preterm delivery etc. etc. However, NO ONE talks about future problems that perhaps developed due to in vitro exposure to a vaccine, such as autism, developmental delays, ADHD, learning disabilities, allergies, other problems. Parents are not only concerned about birth defects, we are also concerned about the future of our children as well. Yet, no studies look at the long-term outcomes?

What can happen if a pregnant women receive the Tdap vaccine two times.

Yes my toddler is allways sick high temperature allergic reactions skin rashes I believe its because my partner got vaccinated for whooping cough & influenza wen pregnant what makes me angry she did it against my wishes.