This article is part one of a five-part series. 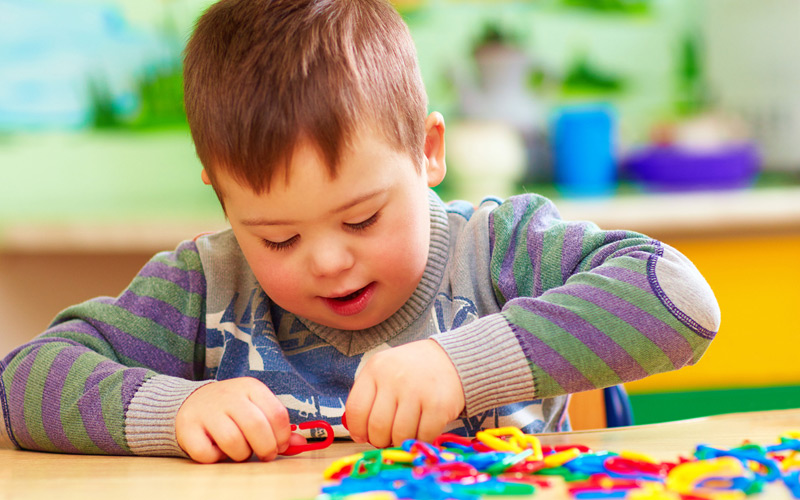 Pick up a paper anywhere in the world and you are more than likely to see a story about the special needs epidemic affecting public schools.
Recent headlines read “Wolf Creek Public Schools hires additional staff to work with severely disabled students” and “York school system nearly $1M over budget in special education spending,” and “7 EV teen suicides in 6 weeks alarm schools,” and, “How Vermont schools manage food allergies.”

If you take the time to read some of these disturbing articles, you will see quotes from school directors making comments like “What’s different from past years is the students we’ve received really do have severe, very particular learning needs that are well beyond what we would typically see. It caught us by surprise, for sure,” admits Jayson Lovell, Superintendent for Wolf Creek Public Schools. This school district is one example of districts needing to hire additional staff in order to accommodate a sharp rise in the number of students requiring services through IDEA (Individuals with Disabilities Act) due to their severely complex special education needs.

The US Centers for Disease Control and Prevention (CDC) reports disabilities affect 1 in 7 children. From the increased number of children requiring special education and related services to the increased number of health care professionals needed to care for children with chronic physical and mental health issues in the schools, school budgets are depleting rapidly. Fast-forward, when these children are adults, the workforce is affected, as is the housing industry. Every child with or without special needs is affected, just as every tax payer, with or without a child with special needs, will bear the burden.

In this 5-part series, FFH examines the special needs epidemic and its effects on schools, the US economy, and life after 21. Finally, we’ll explore the many theories that point to potential causes of the explosion of chronic disease and disability in our children.

According to The National Center for Educational Statistics, the percentage of youth ages 3-21 served by IDEA, a federal mandate which provides a free and appropriate education has risen significantly since 1990. Data from school years 1990/91 through 2004/05 showed 4.7 million, or 11 percent, of the total public school enrollment required special education services. By 2014/15, children and youth served under IDEA had risen to 6.6 million, or 13 percent, of the total public school enrollment. And it isn’t only a rise in special education demands; sadly, there is great demand for nurses and even health clinics on school property to manage the dramatic increase in children with chronic health conditions and mental health disorders as well.

With limited resources, public schools are dealing with an epidemic of children with various special needs including behavioral, learning, physical, and mental health disorders, as well as chronic health issues like severe food allergies, asthma, diabetes, autism, ADHD, seizures, and more. We read about it in our headlines, so why aren’t we asking, “What is happening to our children?”

As referenced in the Morbidity and Mortality Weekly Report, published by the CDC in 2013, mental health disorders among children are described as “serious deviations from expected cognitive, social, and emotional development.” 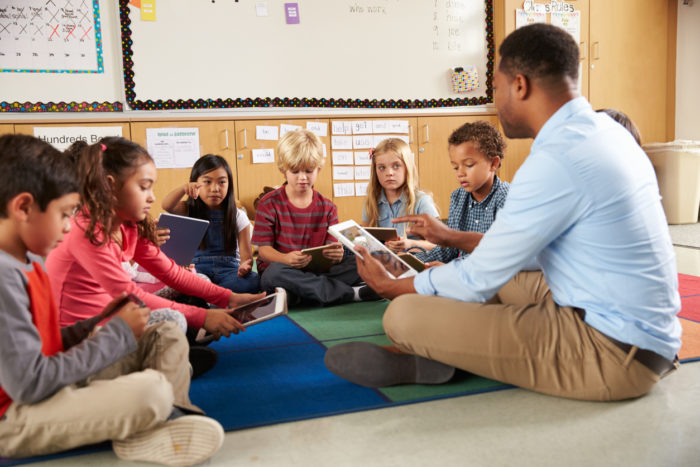 The economic burden to care for children with developmental and medical needs affects not only families, but school districts, federal and local government budgets, social security, health insurers, and the insured, as well as every tax-payer in our nation. In Part Two, “Burying our Heads and Crippling our Economy,” we will explore these financial burdens, especially the responsibility on school districts to accommodate the ever-growing and expanding nature of the special needs population. Children spend a majority of their time in school entrusted in the care of their teachers, specialists, teaching assistants and personal aides. Are they prepared to handle these numbers and types of complications? How are they trained to handle behaviors? How can we safely manage food allergies, psychiatric medications, seizures, and other complex medical issues in the public schools? Who is paying for these accommodations and how will funding continue if the epidemic of children with special education and health care needs continues to rise on its current trajectory.

FFH will continue to ask the tough questions and search for answers in an effort to better understand how, as a society, we can provide for the very special needs of these individuals.  And more importantly, how we can prevent them to begin with. We are staring down the barrel of a system that is unsustainable on so many levels.

This article is part one of a five-part series.

We KNOW that heavy metals and neurotoxins can and do poison our children. Can any sane person deny this?? We KNOW that the highly experimental vaccine schedule has skyrocketed the number of neurotoxic, heavy metal and poison laden injections that the CDC directs our children to receive has also skyrocketed…. I propose that it does not require rocket science to understand that a main driver of our children’s severe neurodevelopmental disorders are DIRECTLY caused by our obviously failed national vaccine experiment. http://www.greenmedinfo.com/blog/studies-link-heavy-metals-explosion-neurodevelopmental-disorders-and-declining-iq If we inject neurotoxins into our kids at ever-increasing rates, can we expect any outcome except increasing neurodevelopment disorders?? It is time to expose and end this insanity!!! Our children are sicker than ever, and we let our brainwashed and complicit doctors give them MORE poison injections????

This says it all

3 out of my 4 kids have at LEAST one of the special needs listed above. 3 out of my 4 kids are vaccine injured. My one child who isn’t vaccinated has never even had so much as an ear infection. It isn’t hard to figure out. Can’t come to school without vaccines- can’t function in school because your brain is so on fire from encephalitis. Sad days we live in.

Synergistic toxicity is harming our children and society. Vaccines are the number one culprit. Injecting heavy metals and carcinogens into developing infants is beyond ludicrous. It’s time that we faced the truth. It’s time we stop overlooking what’s staring us straight in the face. 74 doses of injections from the womb to 18 years of age is TOO MUCH. The CDC has never tested for the long-term effects of it all and no mutagenic studies have ever been done. It’s time to STOP the madness. What is happening to our children is beyond criminal.

I’m curious… how many special ed kids are completely unvaccinated?

I’m willing to bet you will never get an answer to that question because it just isn’t studied. The CDC, whose responsibility it is to do such a study HAS NEVER and WILL NEVER do that kind of research: how many special ed kids are unvaccinated. Why? They know it isn’t in their best interest. They know what the results will be.

I can see just from my family the negative effect vaccines have had. My son was speech delayed and I KNOW it came from brain damage caused from his two month vaccines. It takes a lot longer to recover from brain damage than it does from the measles or the chickenpox or rotavirus. I’m done with vaccines. No more damage for us. My son just got the rotavirus and I didn’t even know he had it until it was almost over. These “diseases” are not as dangerous as we’ve been led to believe.

I work in the third world with Syrian refugees and I can tell you I haven’t seen anything like the chronic illness going on in the States. Syrians do not have food allergies! They do not have autism. Despite coming from situations of trauma, they do not have depression and none of them are on medication for ADHD. The ironic thing is that we look at Syrians (anyone from the third world, really) with pity. We ought to pity our own kids living with chronic illness, on chronic medication and think about what we are doing to the future of our own country. It is a travesty of such great proportions and we are being lied to by the very people who have been tasked with our children’s safety.

I don’t think the special ed epidemic is the only place you can see blatant harm done by the current vaccine schedule to our children. In the US, more infants die than in any other nation in the developed world. We even fall behind countries others might consider to be not as developed like Cuba, Slovenia, Bosnia, Guam, etc. (https://www.cia.gov/library/publications/the-world-factbook/rankorder/2091rank.html).

Every life is valuable, children are our future and the situation really is dire in the States. Time to wake up, people.

Ha-ha-ha!
That is an open secret really! You vaccinate young babies, you destroy their immune systems and their brains, and then you ask why so many children are disabled?
Stop poisoning your babies and toddlers, leave them be and grow up healthy and smart. Believe the Pharma lies, shut your babies full of poisons, and then ask yourself – what is happening with our kids? NO ONE is born with pharmaceutical deficiency. And I know first hand – my son has two vaccine induced disabilities.

If we truly want to improve the health of our children, we must honestly look at the vaccine program.

It`s really time to wake-up ! The main cause there is so much disorders in the childhood of these school kids is laying in the fact that the weather is completely geoengineered with chemicals like Aluminumoxide, what is the main cause of Mental Disorders like Autism, Alzheimer, Parkinson and ALS. Further Barium, what effects the heart , Strontium etc. all neurotoxic and carcinogenic nano particles! These ailments can be deduced from this Stratospheric Aerosol Injection with the main purpose to reflect our sunlight so that we get a lack of Vit. D³ and effects the immune system! and cases depression ! Agenda 21 ! Stop and reset your blurred mind even if we do in the Netherlands, Don`t listen any longer to the big lies of our govt and so the mainstream media ! Open your mind and go 2 : http://www.geoengineeringwatch.org and http://www.juanmatus.com . Listen to their voices on Vimeo or youtube; DANE WIGINGTON , WILLEM FELDERHOF, former KLM pilot. KRISTEN MEGHAN, former Industrial hygienist/Environmental Specialist of the Am, army. Ir. COEN VERMEEREN , TU DELFT Visit on youtube: `What In The World Are They Spraying?` Make others aware what`s really happening into our skies. The big climate lie is that we all should be responsible for the global warming..but the real cause of this sickening climate disturbing is geoengineering/weather modification by using HAARP technology ! So now you`re already warned. Be wise and do your own research on the sites mentioned above.