A Tale of Three Sisters

“Are you sitting down?” These words will forever bring me back to Christmas week in 2009. That summer I had just turned 40 and I was looking forward to new beginnings. But these words catapulted me into a whirlwind of emotions and life altering decisions which would be made over the next 12 months. 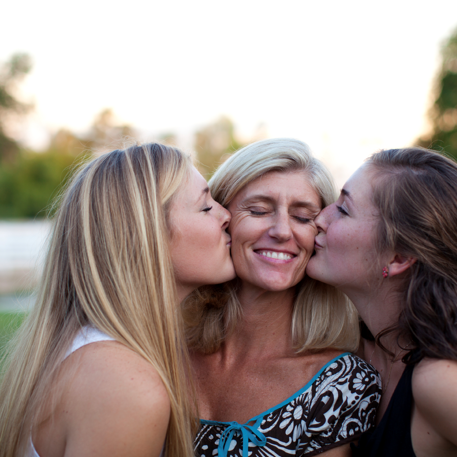 After much deliberation, in early December, I had agreed to be tested for the BRCA 1 genetic mutation, a decision my doctor had encouraged me to make based on a long family history of breast cancer. I was sitting down, in my car, driving home from work when I got that call from my OB-GYN. I knew his words meant I was positive, and before he could say it, I asked, “What are my options?” In his opinion, I didn’t have options. My best chance to avoid getting breast and ovarian cancer at a young age, would be a prophylactic double mastectomy and a salpingo-oophorectomy. “A what?” I screamed.

Although we all have BRCA 1 and BRCA 2 genes, a genetic mutation of the BRCA gene increases the risk of breast and ovarian cancer. The BRCA genes produce tumor suppressing proteins that help the body repair DNA. Mutations in the BRCA genes allow bad cells to develop. Over 1800 BRCA 1 mutations have been linked to breast cancer. BRCA mutations can be inherited by either a person’s mother or father and in my case, my dad was on the hook. BRCA mutations are only responsible for 5-10% of breast cancer, however a BRCA positive individual has a significant chance of getting an aggressive form of breast and/or ovarian cancer at a young age. In a matter of minutes I learned my chances were as high as an 80% chance of breast cancer and up to a 60% chance of ovarian cancer before 70 yrs. of age.

In 2005, my paternal aunt, my Godmother, passed away at age 52 from metastatic breast cancer which she first discovered at age 45.

After an initial lumpectomy, I recall how happy she was, the first few years following her check-ups, to get a clean bill of health. Until one day, she didn’t.

Sitting at her desk at work, she discovered a lump in her neck. The next scan would reveal the cancer had rapidly spread throughout her bones and into her brain. Each new scan revealed another area of her body the cancer had taken over. The last two years of her life she fought hard. We fought with her. I remember lying in bed with her thinking, nobody should have to die this way.

Although I made a painstaking decision to be tested, it never occurred to me that having a genetic test for the BRCA gene would force my siblings to face their own fate. Being positive meant both of my sisters and my brother also had a 50% chance of being positive. Now they were forced to make a decision to get tested. At first, my younger sister refused. She is not married and does not have children, so she felt removing her ovaries was not an option for her. My older sister, who has 4 children, felt it was prudent to get tested. She did, and she was negative. This “negative” result inspired my younger sister to go ahead and be tested. Her result, positive. Having two children of my own, it wasn’t necessarily as heart wrenching for me to consider removing my ovaries. But my baby sister’s result, blind-sided the entire family. What was she to do? Take a gamble and risk ovarian cancer or be proactive and give up the chances of carrying her own babies?

The results took my family on an emotional rollercoaster. My father felt terrible guilt for passing on the gene, as if he “poisoned” us. My older sister felt guilty for being negative. My mother ached for her daughters, knowing the journey we were about to embark on. My brother opted not to be tested and carries on not knowing his risks.

And so we began this journey, as a family. Immediately my mother took the helm.

She spent weeks researching doctors up and down the east coast. My mother and her 3 daughters made a commitment to attend every doctor appointment together. Side by side we walked into every office, visiting 9 different breast surgeons, plastic surgeons, and gynecological cancer surgeons. With each appointment the story was the same. We anxiously sat in the waiting rooms awaiting our names to be called. When the nurse called my name, heads turned as we all stood up and entered the doctor’s office together. Every doctor asked the same question. “Why are you here today?” My heart pounding in my chest, teary eyed, I could only say “I’m BRCA positive” before I would begin to cry. My mother, our backbone, would tearfully tell the doctors of our long family history of breast cancer. And then, it was the doctor’s turn. One by one he asked each of us if we were positive. “Yes.” “Yes.” “No.” We all replied. The next questions were only for me and my younger sister. “Are you married and do you have children?” “Yes.” I replied. “No” my little sister answered. As he continued with his questions I continued to cry. My older sister spoke for me. My little sister remained tough as nails. Stoic. Somehow she held it together. This was the same story with every doctor we met. The last appointment was just as difficult as the first.

“I’m 40, I’m getting divorced, and you want to remove my perfectly healthy boobs?” I asked. Initially, my concerns were more about vanity than realizing the potential of a deadly outcome if I didn’t make the right decision.

I was given three choices by all of the doctors.

After weeks of research, my mom discovered a team of doctors from Long Island who were featured on TV for their expertise in prophylactic mastectomies for BRCA positive women. In an 8 hour surgery, a double mastectomy and total reconstruction would be complete. Leaving the skin in-tact, these doctors pioneered a one-step procedure through minor incisions, leaving minimal scars, eliminating expanders and the need for multiple reconstructive surgeries.

Feeling confident with my decision and comforted by surgeons, I moved forward and scheduled the surgeries for late fall. Still, I couldn’t overcome my vanity issues and insecurity about what my body would look like after a radical double mastectomy. Ironically, that summer, I would meet a man who had recently lost his young wife to melanoma. Although he had all of the qualities I would hope to find, I could not wrap my head around dating a man who had been through such loss, knowing what I was about to go through. On our first date, I felt I had to be honest and reveal my situation. Until that night, I hadn’t confided in anyone other than my family and dearest friends, and never with a dry eye. But that night, I sat him down, and in a stoic, calm voice, I explained what I had to do. And then I pointed to the door and said “It was nice to meet you, but you should go.” I could not bear the thought of having this wonderful man spend more time in a hospital after losing his wife to such a horrible disease. But I will never forget his words. He said, “Why would I leave? You have a choice. She didn’t.” And then he continued, “You can try to keep me away. But if you lock your hospital room door, I’ll be on the other side waiting, with flowers.” And graciously, he was.

Nearly one year after getting our BRCA results, in November 2010, both my little sister and I had successful prophylactic double mastectomies. That December, I would undergo a laparoscopic salpingo-oophorectomy, however, my sister chose to gamble. Nearly 5 years later, at age 42, and after deciding not to have children, my little sister is scheduled to have her ovaries removed. As difficult as it was for her to make that decision, she felt empowered to come to terms with it, at her own pace.

To be, or not to be tested, is a very personal decision that should be made with the help of genetic counselors.

I continue to be proactive in making good decisions about my healthcare to ensure my wellness. I take all necessary precautions to boost my immune system and reduce the chances of getting any cancer or chronic illness by eating organic foods whenever possible and exercising regularly. I make all attempts to minimize my toxic exposures and my stress level and I continue seeing my doctors for regular check-ups and lab work. I have peace of mind knowing that I am doing everything possible to stay healthy for myself, and most importantly, my children. The rest is in God’s hands.

Having lost my aunt, my father’s sister, at such a young age from an aggressive form of breast cancer, we were all still emotionally scarred from her passing when we got our BRCA results. We had life changing decisions to make that would require time, love and support from our entire family. I feel blessed to have had them there through each and every step of this process.

October is breast cancer awareness month. The purpose of this story is to inspire.

Check out this Book: Pretty is What Changes 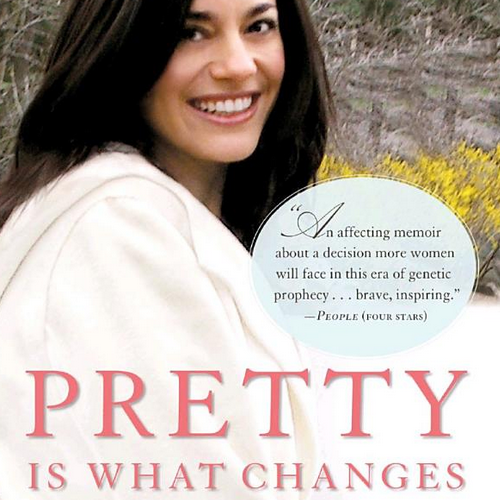 “In 2009, I had reached for this book to help me better understand the ‘breast cancer gene’ and my options from a woman who had experienced this journey first hand.”– Author of Share Your Story: Defeating the “Breast Cancer Gene”
Learn More

If you were inspired by this story and have one of your own to share, please visit Share Your Story.

Read More from the FFH “Share Your Story” series:

These are personal stories and not intended to give medical advice or opinions.