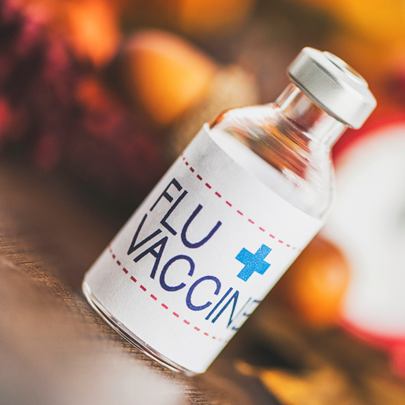 The Food and Drug Administration (FDA) is the governmental regulatory agency tasked with making sure new drug treatments are both safe and effective. Pharmaceutical products, including the flu shot, must be approved by the FDA before receiving licensing for distribution in the United States.

It takes 8 years on average for a new drug or treatment to be clinically tested and approved.1

Clinical testing is a thorough process. It needs to be. Only one out of every 5,000 drugs that enters pre-clinical testing ever makes it through the entire clinical testing process to be approved for human usage.2 That means 99.98% of all drugs that were originally deemed promising during pre-clinical laboratory testing, turned out to be either not safe and/or not effective, and did not receive FDA approval.3

The influenza vaccine, which is formulated anew each year, is exempt from this process.

Why is the flu shot exempt from safety testing standards?

Logistics dictates policy in this regard. On February 20, 2014, the Centers for Disease Control and Prevention (CDC) announced the chosen influenza strains to be included in 2014-15 trivalent influenza vaccine formulations.4 Different pharmaceutical companies then got to work creating and manufacturing new vaccines from those three influenza strains. A blitz of FDA approval was then granted over the next few months. For example, four months later, in June 2014, the FDA granted approval to GlaxoSmithKline’s newly minted flu vaccine formulation under GSK’s Fluarix label.5 The CDC recommends getting vaccinated with these new vaccine formulations before October.6 This is a typical time frame, from research lab to human usage, for each year’s new crop of influenza vaccines.

How much of any kind of safety testing can be done during this short time span?

Manufacture of millions of doses of vaccine for distribution by October is the focus. Whatever amount or level of product testing that occurs during this manufacturing process, it is not as rigorous as the standard clinical trial process for all other vaccines and drug treatments that takes 8 years and weeds out 99.98% of new product formulations as being either unsafe or ineffective.

The influenza vaccine formulations that might have been weeded out as being unsafe or ineffective, are approved and recommended. Only after the new flu vaccine formulations are administered to the U.S. population, are safety and efficacy then retroactively monitored. It should not be surprising then that influenza vaccination is largely ineffective 7 and is associated with adverse events that are only realized after the fact.8,9

Influenza vaccination has had no effect on seasonal flu mortality rates in the United States.10 If the vaccine works at all, it is preventing only the less severe cases of flu, not the cases that kill. A 2014 evidence based meta-analysis of 90 published efficacy studies concluded that vaccine efficacy is moderate at best, and that, on average, 71 people need to be vaccinated to prevent a single case of laboratory-confirmed influenza.11 From an individual benefit perspective, this means a person needs to be vaccinated for influenza every year for 71 years in order to avoid the flu one time.

Additionally, seasonal flu vaccine formulations have the capacity to enhance influenza infections, making the disease more severe and potentially life-threatening. In 2009, Canadian government researchers reported evidence that seasonal influenza vaccination increased the risk and severity of pandemic influenza type A (H1N1) illness.12,13 At the time, CDC director Thomas Frieden denied the connection 14, but in 2013, the FDA published research that confirmed the biological mechanism for the potentiating role of seasonal flu vaccination in enhancing pandemic influenza illness.15 The FDA refers to this as “vaccine-associated severe respiratory disease.”

Also in 2009, the CDC observed 16, and it was later confirmed,17,18,19 that some of the inactivated influenza vaccines made and administered that year caused a rare, but serious complication known as Guillain-Barré syndrome. This autoimmune reaction damages nerve cells and can lead to muscle weakness, paralysis, and death.

Influenza vaccine formulations that do not work, that cause serious side-effects, or that backfire and enhance the severity of disease, cannot be identified prior to FDA approval because of the lack of sufficient clinical testing. Safety and efficacy of each year’s new flu vaccine formulations are assumed, not proven. Every year, some must pay the price for this practice, as they learn the hard way that FDA approval does not always mean drug safety.

I cannot believe that they are bringing the flu shots to the public school systems in Florida. They have one day that all the kids in the school get the flu shot!

So, my child never gets a flu shot and so what am I supposed to do, send her back to school after every single child has been given a mild flu? Now, she is surrounded by and not defended against the flu except for her own immune system.

Why should this be allowed?

The flu vaccine does not contain an active virus and therefore does not cause the flu. The children that got the flu shot are protecting your child against the flu through herd immunity. They cannot get the flu or transmit the flu by receiving a flu shot.

80% of the children that died from the flu last year DID NOT get vaccinated. Something to think about if the flu vaccine is not medically contraindicated.

I had an adverse reaction to the flu shot.
The disclaimers need to be more clear an accurate.