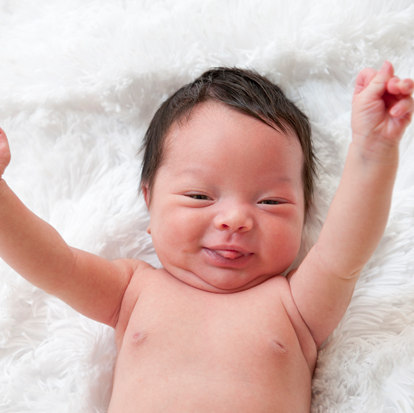 The decisions you make in the very first days of your baby’s life can have life-long consequences. Stay healthy and stay informed by understanding the routine procedures surrounding your baby’s birth.

Procedures to know about:

Ultrasounds are done at routine intervals during pregnancy to check for abnormalities in development or growth. These studies can provide valuable information and help practitioners prepare for a safe and complication-free delivery.

Although ultrasounds can offer a lot of information, a study published in the New England Journal of Medicine showed that an ultrasound scan does not result in a better outcome for the fetus. Source

Most experts agree that using ultrasound is completely safe, but recently there have been some concerns raised about the overall effect that this type of testing may have on developing brains.

The FDA warned in 2004, “ultrasound is a form of energy, and even at low levels, laboratory studies have shown it can produce physical effect in tissue, such as jarring vibrations and a rise in temperature…prenatal ultrasounds can’t be considered completely innocuous.” Source

Further research proved that during some types of ultrasound, “sensory organs that are encased in bone may be susceptible to heating by conduction.” Source

One study of mice found that prenatal exposure to ultrasound waves changed the way the neurons distributed themselves in the brain as they migrated during the brain’s development, and could “prevent some neurons from attaining their final proper position.” Source

Some cells in the human body are more sensitive than others. Among the most sensitive cells are stem cells in the brain that divide and migrate. The redistribution of these delicate cells at a critical time in development could potentially cause brain dysfunction in some susceptible babies.

Most of the large studies assessing ultrasound safety were done in the 1990’s, and more research is needed in the area. The American Congress of Obstetrics and Gynecology (ACOG) released the following statement:

“Although there are no confirmed biological effects on patients caused by exposures from present diagnostic ultrasound instruments, the possibility exists that such biological effects may be identified in the future. Thus ultrasound should be used in a prudent manner to provide medical benefit to the patient.”

Ultrasound during pregnancy is essential to diagnose some complications. When weighing the risks and benefits, here are a few things to keep in mind:

In most developed nations, practitioners usually clamp the baby’s umbilical cord less than a minute after the baby is delivered.

The reason: Older studies had found that there was a small increased risk of the baby developing jaundice when cord clamping is delayed. 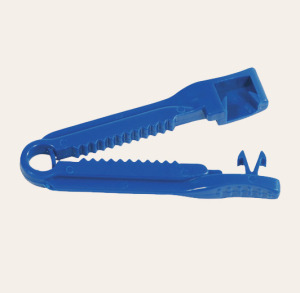 A more recent review of published studies argues that the benefits of waiting at least one to three minutes (which is the current recommendation from the World Health Organization) outweigh those slight risks, especially when access to phototherapy, as treatment for jaundice is available.

“Improved iron stores in theory could help reduce the risk of learning deficiencies and cognitive delay in children, which have been linked to iron-deficiency anemia in school-age children.”

Waiting a little longer to clamp the umbilical cord has been shown to increase iron stores in the baby and decrease their risk of becoming anemic, without posing any risk to the mother.

Induction or Augmentation of Labor

A study published Aug. 12 in JAMA Pediatrics shows that boys born to moms whose labor was induced or augmented were 35 percent more likely to develop autism, compared with their counterparts. Medications that get labor started or move it along make contractions stronger and longer in duration. During all contractions, the blood flow to the baby is decreased and the baby’s heart rate drops. Some researchers suggest that the increased oxygen deprivation that occurs when the natural progression of contractions is accelerated may have adverse neurological implications.

The research is far from conclusive, and induction or augmentation is often necessary to ensure a healthy delivery, but using medications for the sole purpose of ‘hurrying up’ the natural process of delivery may not be beneficial to the baby in the long run. As with any medical procedure, it is up to the parent to educate themselves and become involved in all decisions regarding their care.

Practitioners have been using antimicrobial eye drops for newborn babies since the late 1800s. Prior to their introduction, about 3 out of every 1,000 babies developed blindness from eye infections due to common sexually transmitted diseases.

Originally, silver nitrate drops were used, but today, an antibiotic ointment, which is less irritating to the newborn’s eye, is used in the U.S. and Canada. 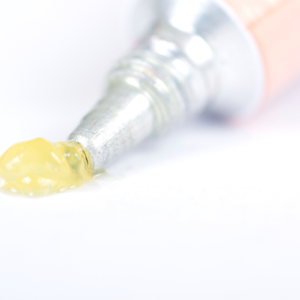 Automatic use of this ointment is no longer required in many other countries, such as Australia, Norway, Sweden, Denmark, or the U.K.

In the United States, prophylactic antibiotic use is not only recommended, but it is also mandated by law in many states, making it difficult, if not impossible, to forgo this routine procedure.

In many parts of the world, povidone-iodine drops are used as a cheaper and equally effective alternative to antibiotics. In the U.S., however, this form of prophylaxis has not yet been approved. The current standard of care is 0.5% erythromycin ophthalmic ointment, given within 4 hours of birth.

Although erythromycin is not 100% effective at preventing all eye infections, it has been shown to be effective in significantly reducing neonatal conjunctivitis due to Gonorrhea and Chlamydia, as well as other infections like E. coli. Side effects of eye ointment for newborns are mild eye irritation and blurred vision.

Recently, more moms have been challenging the use of this prophylactic antibiotic for their newborns. Common reasons for refusal include:

Always discuss concerns regarding routine medical procedures with your practitioner, and don’t be afraid to talk to your doctors and nurses about postponing the use of eye ointment for an hour or two to allow for those much needed moments to connect with your little one!

Awesome post! Definitely worth reading! Thanks a lot for posting!