Once again, the vaccine discussion has been illuminated in the mainstream media, in light of proposed state and federal vaccine mandates for school entry that would eliminate personal and religious beliefs exemptions. Specifically, children will not be allowed to enter school, in some states, without being fully vaccinated against infectious disease unless they have 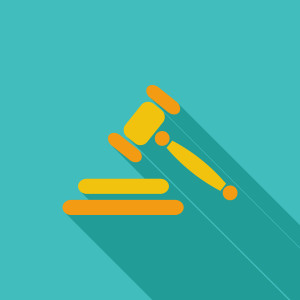 a medical exemption. Another bill, proposed at the federal level, would mandate that all states comply with the Centers for Disease Control and Prevention (CDC) recommended vaccine schedule. Some very vocal groups of parents are demanding they maintain their rights to make important medical decisions for their children. As with any debate, there are two sides to this discussion with contradictory science that is, arguably, supporting both positions.

What is an exemption?

Three states have already won the right to refuse exemptions for religious or personal beliefs. Both Mississippi and West Virginia have passed laws denying religious exemptions and will only allow strict medical exemptions. On June 30, 2015, California Governor Jerry Brown signed a bill (SB277) into law, denying personal beliefs exemptions for all Californians. This new law will affect all school children beginning in July 2016 and will deny school entry to any non-exempt child who is not up to date with their vaccines. In New York, State Senator Brad Hoylman recently introduced a bill, (S6017) that would eliminate religious exemptions from vaccine mandates in New York.

On March 9, 2015, The NJ Senate Health, Human Services and Senior Citizens Committee voted in favor of SB1147 which provides statutory clarification regarding religious exemptions. This bill stipulates that religious exemptions must be supported by written and notarized statements from individuals citing how their religious beliefs prohibit them from receiving vaccinations and requires proof of consistent religious practices, making it very difficult to obtain religious exemptions.

Recent federal bills would overrule all state laws and mandate vaccinations for all school age children, removing personal and religious beliefs and allowing medical exemptions only. According to the Autism Action Network, “This bill would also deliver to the vaccine industry two of their primary goals: completely removing any parental involvement in vaccine decisions for our children, and requiring the entire ACIP schedule, which no state currently does.”

The Advisory Committee on Immunization Practices at the CDC dictates a recommended vaccine schedule for all individuals. Currently, states determine their own vaccination requirements for school-aged children. In most states, individuals have the right to obtain personal or religious belief exemptions. In an effort to reduce the number of outbreaks in communities – especially where vaccination rates are lower – government officials have proposed new legislation that will only allow very strict medical exemptions. The opposition, however, has come out against forced medical interventions, stating that their rights to make decisions about health care for their children are being threatened.

Let’s break this down….

The CDC recommends a total of 49 doses of 14 vaccines between birth and 6 years of age to protect infants and young children from vaccine preventable illnesses. Statistics show that outbreaks occur in communities with lower vaccination rates. The CDC recommends vaccinations to insure herd immunity, which is intended to protect the entire population. When the percentage of vaccinated individuals within a community drops, herd immunity may be threatened, exposing those too young to be vaccinated, as well as those who cannot be immunized due to specific medical conditions.

Vaccination rates vary state to state. In January, 2015, California experienced an outbreak of the measles which effected 125 individuals, 110 of whom were from California. Some government health agencies have stated that the outbreak is the result of low immunization rates in certain clusters of California, although the majority of those infected had already been immunized against the disease. The high number of previously vaccinated individuals who subsequently developed measles sparked concern over efficacy of the vaccine. A vaccine that does not provide the intended level of protection could threaten herd immunity, even if 100% of the population has received it.

Also in question is the safety of some vaccines. Since its inception in 1986, The Vaccine Injury Compensation Program (VICP) has paid out over $3 billion dollars in vaccine injury, compensable cases. 2014 saw the highest number of cases reported to the Vaccine Adverse Events Reporting System (VAERS) with over 38,000 events reported. Some parents continue to believe that they should be the ones who decide whether or not their child is vulnerable to becoming a victim of vaccine injury, rather than rely on their child’s doctor to make that decision based on strict guidelines. Parents who feel that their child may be vulnerable to injury based on symptoms such as a history of allergies, eczema, or non-life threatening vaccine reactions are generally denied medical exemption from future vaccination, leaving these parents with no option but to vaccinate if they want their children to attend public school.

Concerned groups also debate pharmaceutical and government relationships in regards to undisclosed financial incentives for vaccine programs. Voting members of the Advisory Committee on Immunizations Practices (ACIP) make decisions on which vaccines will be recommended by the CDC. Although laws exist to limit pharmaceutical influences, examples of financial ties do exist, including ACIP members owning patents on vaccines, as well as offers for voting members to move into high-income positions within pharmaceutical companies.

Given the contentious subject matter and fears on both sides of the debate, it is easy to understand why there is so much controversy over proposed legislation to mandate vaccines for all children.