Methylenetetrahydrofolate reductase (MTHFR) is a gene that is responsible for producing an enzyme that converts folic acid to methylfolate, a bioavailable form of vitamin B9. Nutrient deficiencies of Vitamin B6, B12, and folate increase homocysteine levels which causes inflammation in the body. The ability of this gene to turn this switch on or off is crucial for the production of glutathione, the body’s most important antioxidant.

Glutathione plays a major role in the body’s detoxification of harmful, disease-causing toxins. When the body’s ability to produce glutathione is decreased, secondary to genetic mutations like an MTHFR mutation, the disease process is enhanced due to the build-up of toxicity in the body. Disorders such as autism, ADHD, autoimmune diseases, multiple sclerosis, fibromyalgia, heart disease, addiction, and miscarriages have been linked to MTHFR mutations. 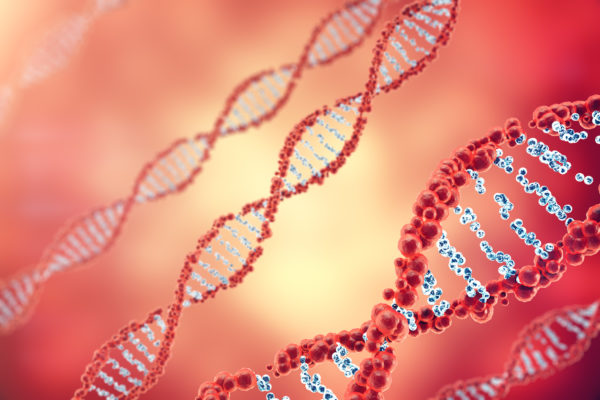 Glutathione’s key role is the maintenance of intracellular redox balance (oxidation-reduction) and the detoxification of xenobiotics (a chemical or substance foreign to the body).

A defective MTHFR gene creates a vulnerability to disease processes as detoxification is impaired, leaving the body more susceptible to oxidative stress, and less tolerant of toxins such as heavy metals.

When the function of the MTHFR gene is impacted by a genetic mutation, individuals may be at risk for a variety of health conditions, primarily due to the disruption of the methylation cycle. Methylation and demethylation act as on/off switches in the body that control all functions of the immune system, such as how the body fights infections and viruses, to regulation of the immune response.
Research has shown that impaired methylation is directly correlated with autoimmune conditions and is associated with neural tube defects, cerebrovascular and cardiovascular disease, inflammatory bowel disease, colorectal cancer, and psychiatric disorders.

How common is it?

While the science is still out on the prevalence of MTHFR mutations, some say at least 40% of individuals and as high as 90% of children with ASD carry one mutation. Mutations come in various forms and some are more problematic than others. If one parent passes on a mutation of either the C677T or A1298C gene, an individual will have a heterozygous MTHFR mutation of either gene. If both parents pass on C677T or A1298C, the individual would have a homozygous mutation. In rare cases, a combination occurs whereby one parent passes on C677T and the other parent passes on A1298C. Both the homozygous and combination mutations have the greatest effect on a person’s ability to produce glutathione. However, a single mutation of either gene also needs to be considered a risk factor and should be treated accordingly. Methylation can be decreased by 30% in those with a heterozygous mutation and up to 70% in those with homozygous MTHFR mutation.

In children with ASD, the heterozygous allele frequency occurred in 56% of children in one study, whereby the frequency was significantly lower in the control group (41%). This could indicate that the there is a genomic vulnerability in the folate pathway to environmental risk factors.

Although a review of the research indicates conflicting analysis, some studies show an association exists between MTHFR polymorphisms and an increased risk of ASD, suggesting the modulating role of folate may be affected by the MTHFR genotype. 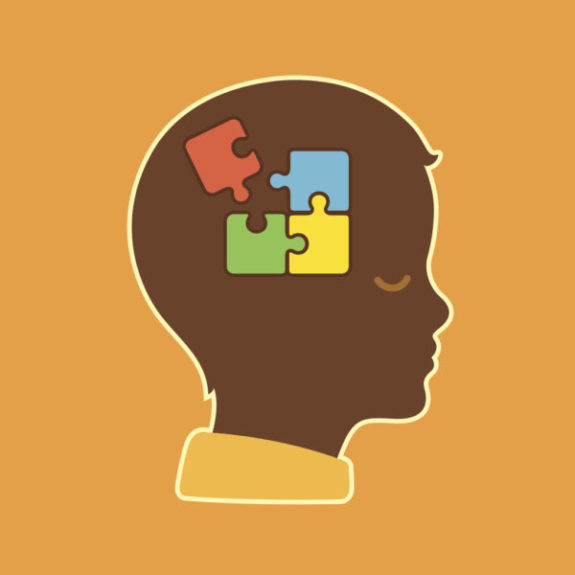 Another study suggests that the enhanced maternal folate status before and during pregnancy may alter natural selection by increasing survival rates of fetuses who have an MTHFR mutation. Presumably, infants with an MTHFR polymorphism cannot maintain the higher folate status after birth, affecting neurodevelopment from the inability to detoxify environmental toxins. For example, individuals with ASD have been shown to have higher levels of heavy metals in their blood, leading researchers to believe that the MTHFR polymorphisms may be partly responsible for increasing their toxicity. While an association is likely, it is unlikely that this mutation is solely responsible for complex neurodevelopmental disorders and more probable that influencing co-factors exist. While more studies need to be conducted, the literature indicates there are opportunities for preventative diagnostics and treatment.

Remarkable things here. I am very happy to see your article.
Thank you a lot and I am looking ahead to touch you. Will you please
drop me a mail?

Do you know if any studies have been done to see if this genetic mutation has any relation to Bipolar Disorder? My mothers family of 12 children was full of mental illnesses of one kind or another. I have been tested and do have the MTHFR mutation. My 39 yr. old son has Bipolar Disorder and I’m wondering if he should be tested and start treatment? Since he was diagnosed at 25 he has had to take medicines that have impacted his health is awful ways. My brothers son who is the age of my son has been tested and does have this condition as well.

There is a medical food called Enlyte and it is folates and B vitamins that are “brain ready” , that is, metabolized 4 times to be able to pass the brain blood barrier. My son suffers from depression MDD and has been on it after testing + for mthfr. His depression has greatly subsided. My wife and I are also getting tested. I believe she is +, given family history. My suggestion is to get tested. At least you’ll know the possible root cause. The test is $99. I can provide more info at gg3@comcast.net

Been diagnosed a while back with MTHFR and the 2 strains 1298 ant other. Recently diagnosed with mitrochondria disease. I have heart condition called tedralogy of falot with interrupted aortic arch.
Had my 6th surgery 2017. I have diabetics, kidney problems, gastro problems, sleeping problems. you name it I got it.
Can there anything be done with so called stem cell treatment? If so what would you recommend. I am 55 years old. My quality of life right now is low. It’s mostly around being at home. Energy is very low. Recently thyroid got upped to more mg. Not certain what else could be done. Very depressed. Suffer from PTSD because of childhood abuse. Also suffer from generalized anxiety and depression. Just recently started to meditation. Buddhism and Chakra. It helps some but doesn’t solve my other problems. My social life is most likely that that I communicate with my friends over the internet. Any suggestions? I’m seeing a homeopathic dr in Midway last 15 yrs. But I think she is getting older. And I do not think she has any more answers for me.

Have you looked into activating your nrf1 and nrf2 pathways? Reduce your Oxidative stress and naturally activate glutathione production in your body by 300% and repair mitochondrial dysfunction. I have amazing info if you are interested 💫

Dear Angelika,
My family has gained much from reading the books of Dr. Tom Cowan.
Fourfold Path to Healing is the first one we read. He has 3 newer ones out on the heart,
vaccines, and cancer. He brings a depth of knowledge and his books read like adventure
novels because he has had such an interesting life. He is gifted in making the complex
simple. He also has other works with nutritionist Sally Fallon. He also has many articles
written and interviews from Weston Price Foundation and numerous talks on the internet( some with Dr. Mercola, Dr. Christine Schaffner,Immunity2019 conference,etc..if you google much will come up.
Fourfold Path to Healing is a great way to start – Nina

My husband has just been diagnosed with CHAD Cold haemaglutenin Disease. He has been told to take folic acid. Should we take the methylfolate B cOmplex instead of folic acid?i