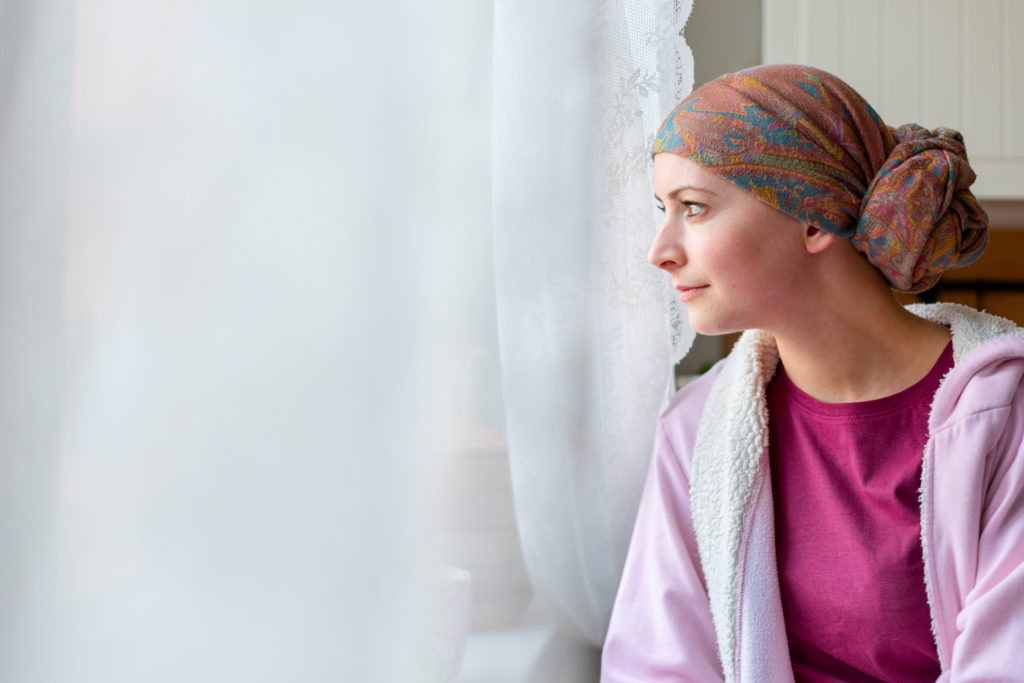 Cancer is a scary word. It should be. It is the second leading cause of death in the United States, behind only heart disease, but cancer deaths in this country are closing in on number one. The Chief of CDC’s Mortality Statistics Branch in 2016 said that “the gap between heart disease and cancer deaths has narrowed substantially over time.”

That all sounds like good news, but these stats don’t reflect the true impact of cancer on our nation. While deaths from cancer continue to fall, the incidence of cancer – the number of people that develop this terrifying and often terminal disease – has not changed. For some cancers, like melanoma and gastrointestinal cancers, the rates have risen.  Almost 40% of Americans will be diagnosed with cancer at some point in their lifetimes.

Do we have more cancer because of our aging population?

Age is the greatest risk factor for cancer. Researchers theorize that the core reason for our high rates of cancer in the United States is that our population is aging. However, Japan, where life expectancy is the highest in the world (excluding Monaco whose population is under 35,000), has a dramatically lower incidence of cancer. Americans can expect to live on average about five years less than those living in Japan. In fact, the United States is ranked 43rd for life expectancy according to The World Factbook kept by the Central Intelligence Agency. If cancer were due to aging, one would expect to see a much higher incidence of cancer in Japan. Surprisingly, according to The World Cancer Research Fund, Japan ranks near the best when it comes to the number of people who receive a cancer diagnosis. Not surprisingly, the U.S. hasn’t fared as well, landing in the top five countries in cancer incidence (352.2 per 100,000 people), while Japan comes in at 43rd lowest out of the top 50 countries (248/100,000).

The high incidence of cancer in our country has turned into big business for pharmaceutical companies who develop treatments for it. Globally, over $107 billion was spent on cancer treatments in 2015. That number is expected to rise to $150 billion by 2020. In the United States, the amount of money spent has continued to rise, from $219 per capita in 2000, up to a whopping $394 per capita in 2012. This number continues to grow as more cancer patients survive longer, requiring expensive treatments that may extend their lives, but rarely improve their quality of life in any way.

How cancer is managed today 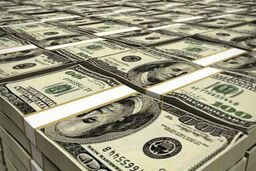 Views on cancer treatments have morphed in recent years. Historically, cancer medications and treatments that improved overall survival (how long a patient actually lived) were the focus of research and development. These days, drugs that can provide something called progression-free survival, the ability to stop the cancer from getting worse but do nothing to improve the condition of the patient during that time, have become both popular and expensive for cancer patients. It is important to note that progression-free survival does not always lead to a longer life. Research shows that even when progression-free survival does add weeks, months, or (rarely) years to the end of life, those days are often associated with decreased quality of life, increasing suffering of patients desperate to beat their cancer diagnosis. Many of these patients don’t realize that the drugs they are taking do nothing to cure them, and that the side effects of cancer treatments frequently cause more pain and suffering, and in some cases even more deaths, than the cancer itself.

A main reason that progression-free survival treatment has increased in recent years has nothing to do with keeping patients alive or improving their outcomes. Because most cancers take a long time to end life, drug trials measuring overall survival can be very expensive, take a long time, and are not always able to be completed. It is for this reason that pharmaceutical companies have made the move towards using a surrogate outcome (progression-free survival) for new oncology medications. The endpoint to evaluate these types of drugs can be measured a lot faster than treatments that increase overall survival. This means that these medications are approved by the FDA much more quickly due to the shorter time it takes to prove effectiveness, which makes pouring money into researching these treatments a lot more attractive to pharmaceutical companies that are anxious to produce new and lucrative options for oncologists to prescribe. Quality of life is rarely, if ever, considered when new trials for cancer drugs begin. 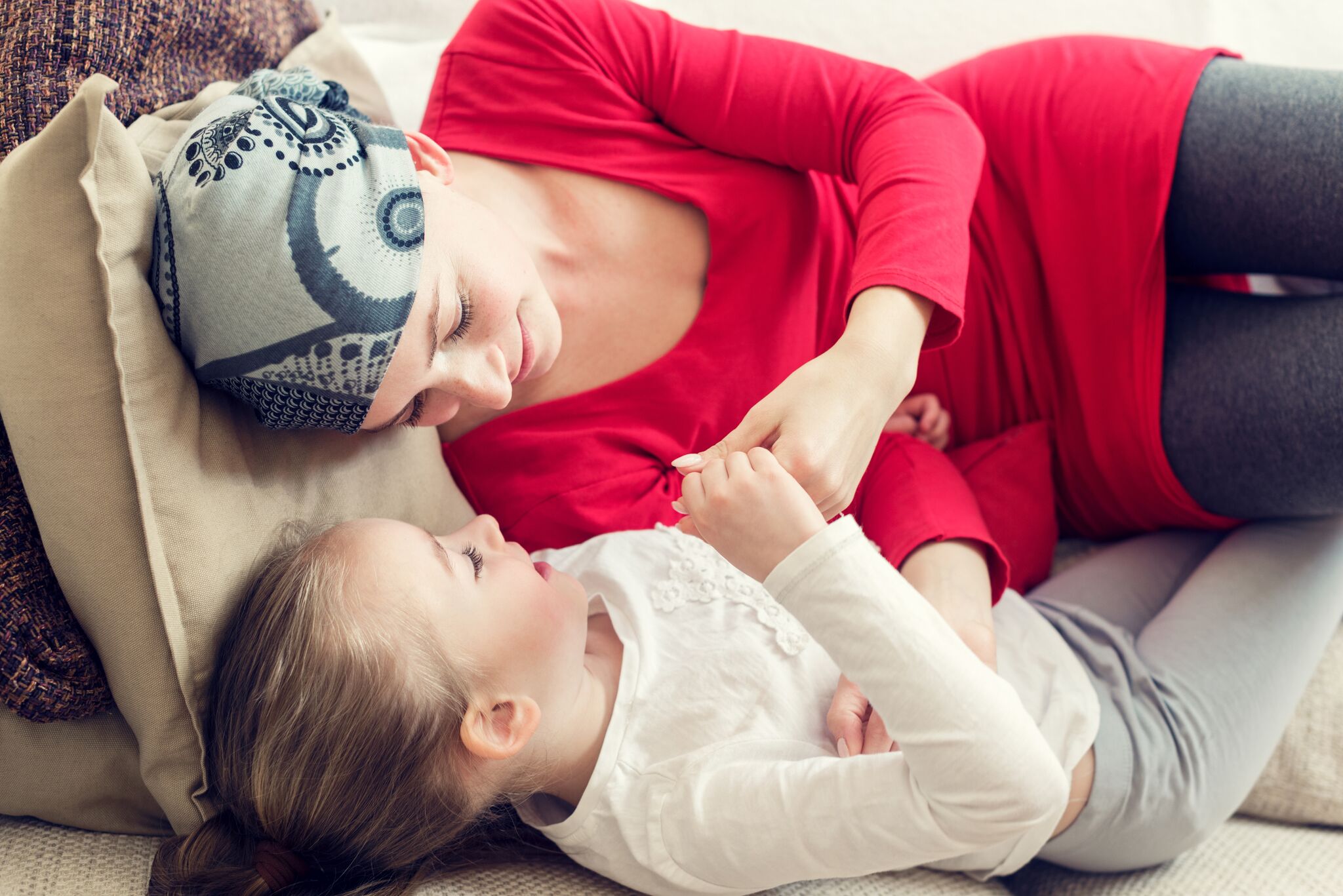 Who benefits the most?

Receiving a diagnosis of cancer is terrifying, even though 2 out of 3 Americans will survive for at least 5 years after treatments begin; many much longer than that. The length of time a person can survive cancer is often the most critical issue on the minds of cancer patients. Pharmaceutical companies strive to give hope to those patients by providing opportunities for a longer life and to offer more options to the oncologists who are treating them – especially here in the States.

This spending has clearly led to improved mortality rates in the U.S., but people are still getting cancer just as much, and dealing with its consequences, often for many years. Seeking a ‘cure’ for cancer has fallen by the wayside, while drug companies search for ways to keep people alive as they deal with the daily struggles of living with a cancer diagnosis. This can often lead to economic hardship for families, not to mention the deleterious effects of cancer treatments on the affected person themselves. Battling cancer can be a full-time job, with constant trips to doctors, multiple surgeries, frequent painful infusions, sickening side-effects to medications, and recurrent hospitalizations. While patients and families suffer, pharmaceutical companies continue to benefit, while touting success when patients don’t die as quickly as they used to.

For example, in 2011, the FDA approved a drug called ipilimumab, used to treat melanoma skin cancer that had spread to other parts of the body. This medication, according to Bristol Meyers Squibb’s data (the maker of the drug) showed that patients who used this treatment could survive “3.7 months in previously treated patients and 2.1 months in previously untreated patients.” In exchange for the possibility of living a few months longer, the patient’s insurance company was charged $120,000 for just four treatments. Clinical trials did not assess whether or not those added months improved the patient’s quality of life. 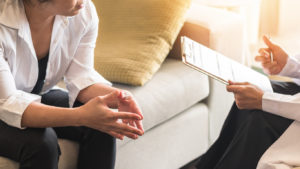 Insured patients, hopeful for any advantage in their fight against cancer, are, of course, entitled to access these types of progression-free survival medications, however, the burden of these inflated prices often falls to increasing insurance premiums and deductibles for all insured Americans. Additionally, almost all of these drugs end up being prescribed ‘off-label’ (not used for the disease or condition for which the drug was studied) and are prescribed to patients who get either very little or absolutely no benefit from the outrageously high-priced drug.

Doctors rarely treat cancer patients who don’t need treatment, but it does happen. Dr. Farid Fata was sentenced to 45 years in prison for treating patients with chemotherapy treatments who did not actually have cancer, and also for over-treating cancer patients with procedures and chemotherapy drugs that they did not need. While this type of criminal mistreatment might not be common, there is evidence that oncologists do opt for treatments that earn them a higher reimbursement. The Medicare Modernization Act of 2003 was supposed to significantly lower chemotherapy costs starting in January 2005. This directly affected the amount of money the prescribing oncologist would make per patient. There were some concerns that this would decrease some cancer patient’s access to life-extending chemo, but oddly, statistics show that chemotherapy use actually increased after 2005. Even more curious, there was a shift in which chemo drugs were utilized. Lung cancer patients began to receive high profit margin drugs such as docetaxel, instead of chemo drugs that experienced the largest cuts in profits, despite any evidence that docetaxel was a better medication.

Is the treatment worth the price?

While numerous alternative health websites publicize that more people die from cancer treatments than from cancer itself, that number is extremely difficult to determine. When someone who has cancer dies, their cause of death is listed as the cancer they had been diagnosed with, even if their death occurred due to complications from treatment. It is probably true that more deaths are the result of treatment, but the alternative can be excessively worse. Dying from untreated cancer can be just as, if not more, painful than succumbing to a treatment that is being used in an attempt to cure the disease, or to keep it at bay to reduce pain and complications from growing tumors and failing organs. 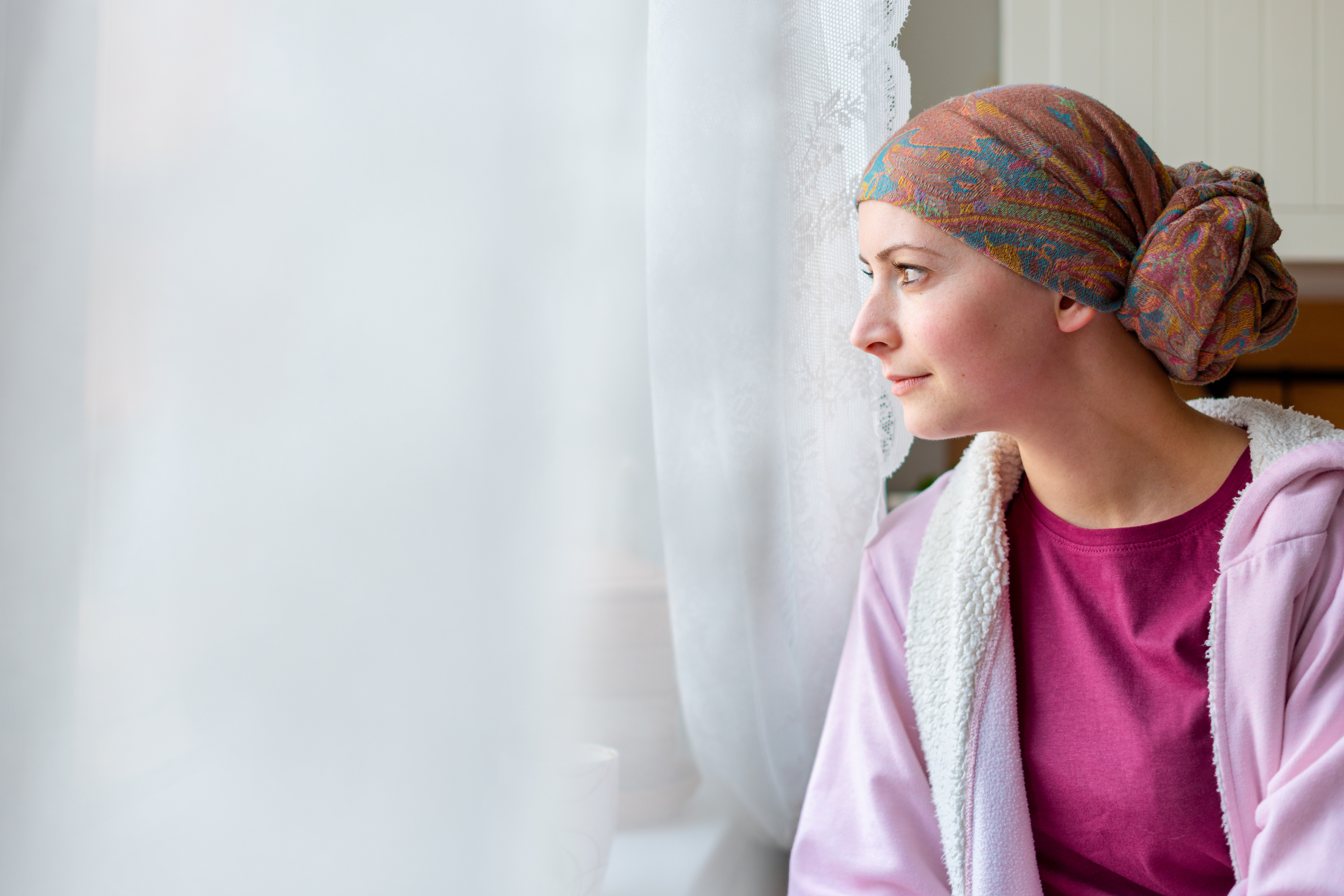 Cancer treatments are a boon for pharmaceutical companies, and the longer the patient requires treatment, the more money they make. This does not mean, however, that accepting a cancer treatment requiring a course of chemotherapeutic medications is not right for anyone. While many cancers can’t be ‘cured’ completely, treatments can allow for long remissions where the patient can live a very normal life. Children diagnosed now have an 80% chance of being considered ‘cured’ due to advancements in treatments that are both expensive and physically challenging on their growing bodies, but most parents would accept recommended interventions with those odds.

In the end, it’s up to the patient

There is a delicate balance between appropriate cancer treatment and over-treatment. Chemotherapy, radiation, and immunotherapies all come with their own set of complications. Choosing to stop therapy is a very personal choice for patients and their families to make when adverse side-effects become too much to handle. Some choose to fight until their death, while others opt for palliative measures to ease their passing. Either way, every person who receives a diagnosis of cancer should know they have options and be aware of risks and benefits of all treatments. Doing your own research can be the key to finding what’s best for you.  There are many alternative treatments to these mainstream approaches that some label as dangerous because they are not considered ‘science-based’ or ‘evidence-based’, but those affected by cancer should be afforded the dignity of making individual decisions about their plan of care, independent of the money-making machine behind modern recommendations. 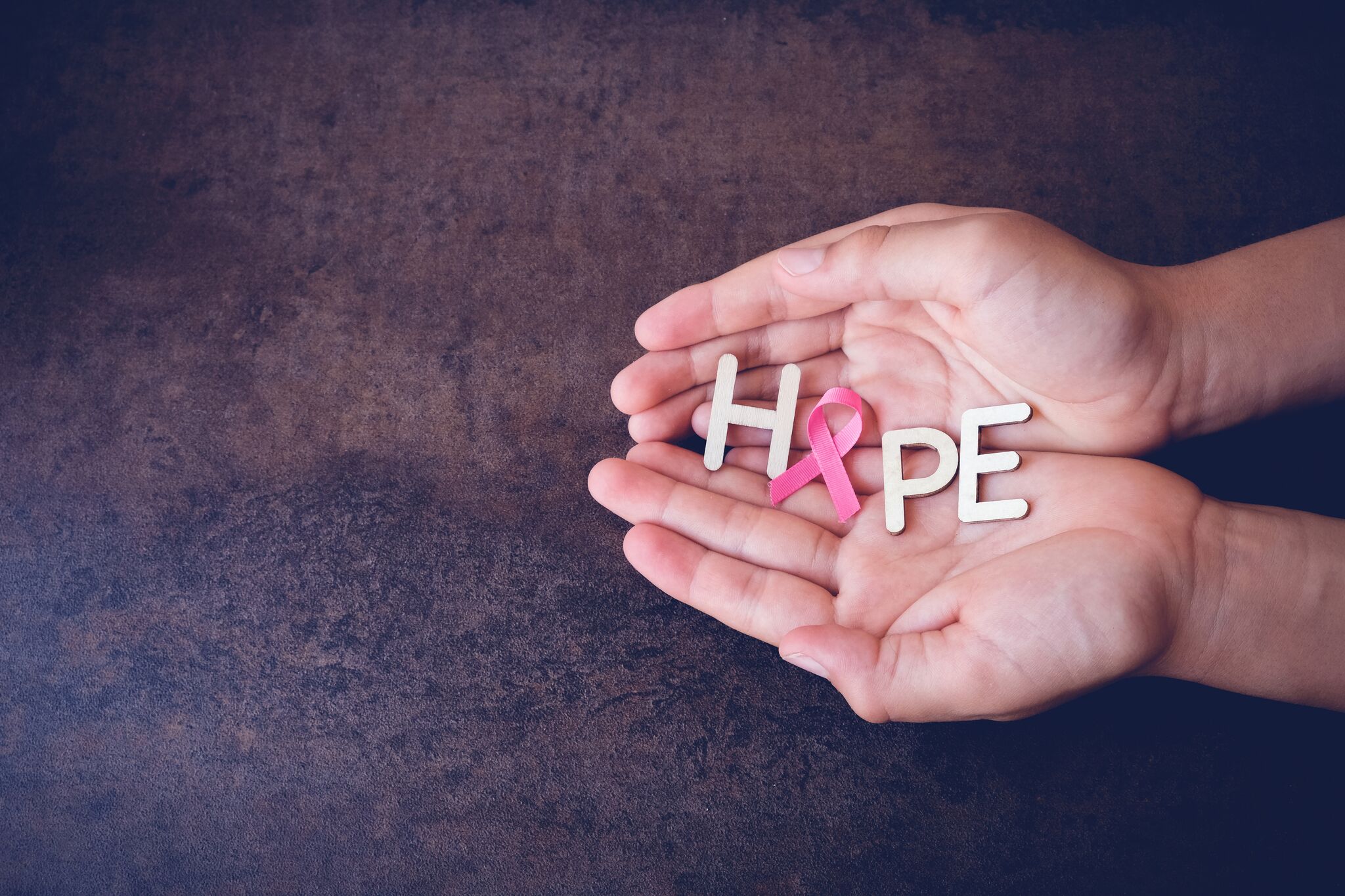 That was an incredibly interesting read, many thanks for expressing this info.