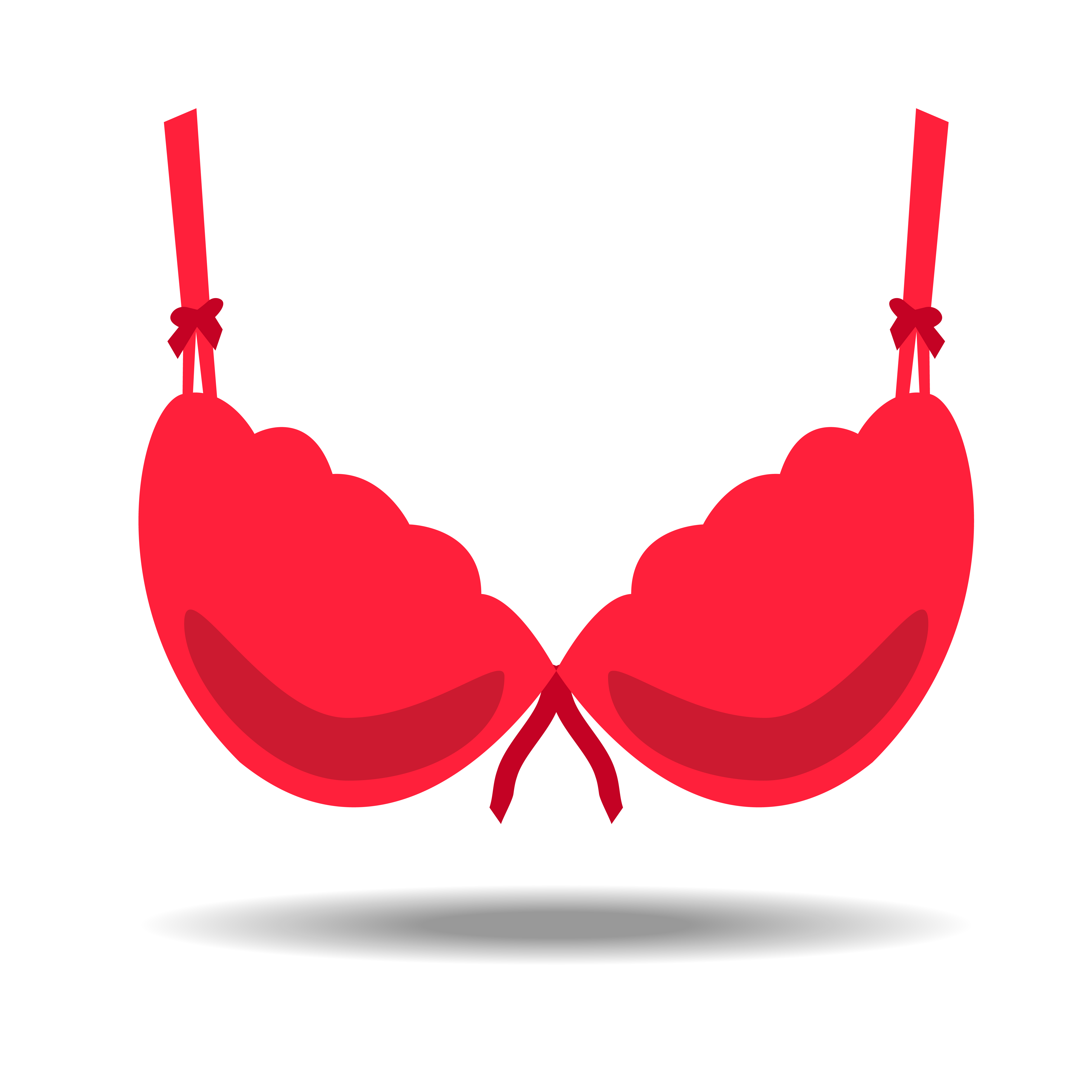 The revised recommendations move the age that women should get their first annual mammogram from 40 to 45, then at 55, switch the screening interval to every other year instead of annually. The new parameters also state that women do not benefit from manual breast exams done at routine doctor visits. The recommendations are only for women considered to be of ‘average’ risk. They are not meant for anyone who has an increased chance, for any reason, of developing the disease.

These new guidelines have confused some and angered many. As a society, Americans generally believe that more screening is better, especially when the term ‘cancer’ is involved. We hear the mantra often enough – early intervention leads to better chance of survival. If early detection is so critical, why would ACS reverse endorsement of yearly mammograms?

No mammogram till 45? Why not?

The U.S. Preventative Services Task Force (USPSTF) similarly made a stir in 2009 when it announced that mammography should begin at age 50, and that scanning should only occur once every two years.

This advice was largely based on the fact that women under 50 are more likely to be premenopausal. This matters, because premenopausal women generally have denser breast tissue, which makes the likelihood of a misdiagnosis greater. ‘Dense’ breasts are made up of a higher percentage of true breast tissue – like milk ducts, milk glands, and connective tissue. This type of tissue appears white on mammography and can sometimes hide cancerous tumors. After menopause, breasts generally become less dense and are made up of more fat, which appears dark on the exam, making cancer easier to detect.

Newer studies have supported USPSTF’s recommendations. In 2014, The BMJ published results of one of the largest and longest studies on routine mammography ever done. The results:

Annual mammograms did not reduce a woman’s chances of dying from breast cancer, and over-diagnosis occurs more than 20% of the time.

The consequences of over-diagnosis…

Every year, the United States spends about double the amount on health care per person than the next highest spender, however, outcomes remain worse in many of the major health categories. This may be due to unnecessarily aggressive testing and treatments that cause more problems than they solve.

When it comes to mammography, misdiagnosis can lead to unnecessary biopsies, surgeries and even chemotherapy and radiation treatments for tumors that may never have been life-threatening.

In defending its new recommendations, ACS cited the 2011 Hubbard et al study that reported a woman’s probability of at least one false-positive result after ten years of annual mammogram screening was over 60%. That’s a lot of people who will suffer needless distress and discomfort.

Because the increased density of premenopausal breast tissue more frequently obstructs accurate radiological readings, initiating screening later may lower the incidence of false-positive results. In recommending less screening, starting later in life, ACS hopes to avoid as many unnecessary treatments as possible, especially when those interventions carry their own set of risks.

Mammography and the effects of radiation

Mammograms have not been proven to cause breast cancer, but that doesn’t mean they are completely harmless.

The American Cancer Society (ACS) recognizes that X-radiation – the type used in mammography – is a human carcinogen. All health authorities acknowledge that high doses of radiation cause cancer. The chances of developing cancer depend on the amount of radiation a person is exposed to, which in the case of mammography, is a very small amount.

Cancer risk, however, is also dependent on cumulative exposure – this means that each time you get an x-ray (or mammogram), the radiation adds up. Over a lifetime, increased exposure does add up to increased risk.

Each mammogram = the average amount of radiation a person would naturally be exposed to over 7 weeks.

At first glance, it appears that manual breast exams done by qualified clinicians would have no downside. They involve no radiation, and take little time to administer.

The issue of over-diagnosis does come in to play with this screening method as well. More than 60% of all women will develop fibrocystic breast disease. This causes benign lumps in breasts that can be easily palpated during an exam. Once a clinician discovers an abnormality, an obligation exists to follow up, no matter how small the chances of malignancy.

A study published in the Journal of Women’s Health revealed that despite increasing use of mammography and CBEs, the majority of breast cancers were detected by women themselves, either by routine self-exams, or by accident.

ACS stated in its JAMA publication,

“There are no data on whether patient outcomes are improved with CBE” and that “clinicians should use this time instead for ascertaining family history and counseling women regarding the importance of being alert to breast changes”.

When a CBE reveals a negative result, women may develop a false sense of security. If a practitioner misses a small tumor during an exam, the patient may be less likely to follow up with self-evaluation. A brief examination during a physical may be less effective than using that time to encourage women to take control of their own health.

How do I decide what age to start mammography screening?

ACS recommendations encourage a “discussion of screening around the age of 40 years” and recommend “that women be provided with information about risk factors, risk reduction, and the benefits, limitations, and harms associated with mammography screening”.

ACS only offers guidelines – suggestions- for care. Individual decisions regarding when to start screening and how often to do it remain in the hands of every patient, and should be made only after doing some research and having an honest conversation with a qualified physician.

It’s important to keep in mind that the new guidelines are only meant for women who have no other risk factors for developing breast cancer. They do not include the population of women who have a higher chance of this disease. Factors that increase risk include having a family member who has or has had breast cancer, anyone with a certain genetic mutation (BRCA-1 or BRCA-2), anyone who has taken hormone therapy, anyone who has received radiation therapy, or any other health consideration that your doctor feels may contribute to your individual risk. These women should continue to be screened at age 40, or before that if recommended by their doctor.

Most insurance companies that have been covering the cost of mammography as part of preventative care will continue to do so, even if the practitioner feels that screening should begin at or before age 40. ACS is only one of many health agencies that make recommendations on breast cancer screening. Others, including the American College of Radiology and The American College of Obstetricians and Gynecologists, still recommend beginning annual screening at age 40.

Ultimately, your health is in your hands …

Breast cancer kills 40,000 women every year. The answer to cutting down this number may not lie in increased mammography for all women. In fact, the American Cancer Society believes this practice can lead to an unacceptable amount of unnecessary treatments and procedures.

In the largest review of research into lifestyle and breast cancer, the American Institute of Cancer Research estimated that about 40 percent of U.S. breast cancer cases could be prevented if women made healthier lifestyle choices like staying fit, avoiding too much alcohol, and breast feeding their babies if possible.

Increasing your intake of necessary nutrients, like vitamins and minerals, through a healthy diet and/or supplements may reduce cancer risk. Limiting your exposure to toxins that mimic estrogen in the body (like BPA), as well as cutting out sugar (especially fructose) could also be important steps in prevention.

Taking measures to reduce risk factors might, in some cases, be more important than increasing screening for the disease.

Check out the video above to hear Dr. Wender of the American Cancer Society has to say about the new guidelines.

The question is at what age do you force Radiation down a woman’s great? This merry-go-round of studies; Do a self breast examination..Don’t do a self breast examination,..do get yearly radiation mammograms, don’t do them.. Hey-Why not teach women some safer things such as a thermogram which looks and feels like an ultrasound. You know where they put jelly on a probe and glide over the skin? I read that it picks up information years before the radiating X-rays, does not hurt and is reliable. Too bad Susan Komen would not sponsor this because they already invested money in these X-rays.