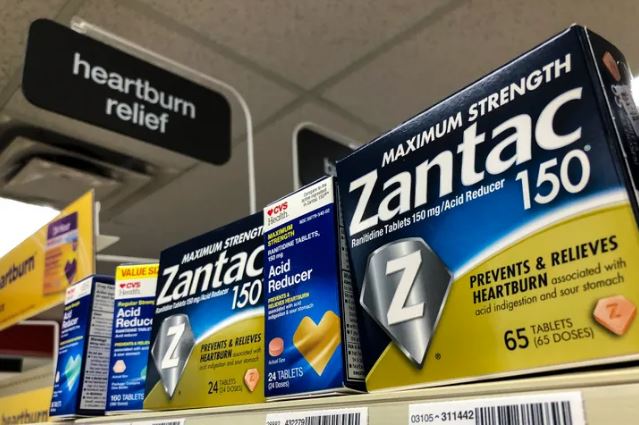 Popular heartburn drug ranitidine was recalled for containing an impurity that may cause cancer. This is what experts want you to know.
By Nicole Pajer
10/01/2019 04:34pm EDT

By now, you may have seen the headlines that major drugstore retailers like CVS and Walgreens have been pulling Zantac off of shelves due to certain versions of the heartburn medication containing potentially cancer-causing ingredients.

The pharmacy chains announced this week that they were no longer selling the product after the Food and Drug Administration issued a statement in mid-September saying that Zantac and its generic form, ranitidine, may contain low levels of N-nitrosodimethylamine (NDMA), a nitrosamine impurity. According to the FDA, NDMA has been classified as a probable human carcinogen based on laboratory test results.

The FDA had been investigating the occurrence of NDMA and other impurities in some blood pressure and heart failure medicines (mainly angiotensin II receptor blockers, or ARBs). After recognizing nitrosamine impurities in these products, the organization recommended several recalls on specific batches of those drugs. Now, the FDA has discovered that NDMA has been found in certain batches of ranitidine drugs, which are commonly taken to treat ulcers and heartburn.

So, how does all of this affect you? And should you be concerned if you’ve taken the medication recently? Here’s what you should know, according to experts.

First, a little primer on the major ways NDMA can be damaging.

As mentioned above, NDMA is considered to be a carcinogen. James Brian Byrd, an assistant professor of internal medicine at the University of Michigan Medical School, said research has shown that ingesting NDMA could potentially put people at risk for disease.

“In animals, it has been found to have the potential to cause cancer,” he said. “NDMA is found in some foods and even in water at times, but it is certainly unfortunate that it has been in a variety of drug products since July 2018, including now some ranitidine products,” he explained.

So how does the NDMA in food and water compare to drugs like ranitidine in terms of our health? According to Niket Sonpal, a New York-based internist and gastroenterologist and adjunct professor at Touro College, it’s all about the amount in the medicine and what experts know about it (which, right now, isn’t much).

“NDMA is found in food in small doses. The difference between finding it in foods at low levels and finding it in drugs is that testing needs to be done to make sure that there aren’t bigger amounts of impurities seeping into the formulas for these medications,” Sonpal said. “Whereas, generally speaking, the amount of NDMA in food and drink stays low.”

And it’s not just Zantac and other related heartburn medicines that have been affected by NDMA contamination.

Sonpal said that NDMA was one of the chemicals behind the recall of medications like Losartan, which is used to treat high blood pressure, over the past year.

He added that in addition to being a potential cause of cancer, “overexposure to NDMA can cause yellowing of the skin, nausea, fever, vomiting and dizziness.”

Here are the details on why the medication was pulled.

The FDA ― which noted that NDMA can be found in “water and foods, including meats, dairy products and vegetables” ― said that “although NDMA may cause harm in large amounts, the levels in ranitidine from preliminary tests barely exceed amounts you might expect to find in common foods.” The organization added that it is currently investigating whether or not these low levels of NDMA in ranitidine are enough to pose a risk to patients and will post the results of its findings when available.

So why the pull if there were only small traces of NDMA? Simply put, when drug manufacturers issued recalls, drugstore chains made moves out of caution as a result.

On Sept. 23, Sandoz Inc., a drug manufacturer that makes generic versions of Zantac, announced that it was voluntarily recalling its ranitidine medicines because of “confirmed contamination with N-Nitrosodimethylamine (NDMA) above levels established by the FDA in batches of Sandoz Ranitidine Hydrochloride Capsules.” Apotex Corp., another manufacturer, did the same, issuing a voluntarily and precautionary recall on 75mg and 150mg ranitidine tablets on Sept. 25.

Some stores are taking it a step further and taking all Zantac and generic ranitidine formulas off the shelves, regardless of the manufacturer.

“The fact that it is over-the-counter means more people can potentially ingest dangerous chemicals,” Sonpal said. “If it were a prescription drug, fewer people have access to it and the pharmacy can recall and halt distribution fairly quickly once the alarm is sound … In the case of over-the-counter medication, it is a more difficult task to track down people who have purchased and ingested the infected product.”

Bobby Price, an Atlanta-based pharmacist and plant-based nutritionist who previously worked with the Center for Drug Evaluation and Research with the FDA, noted that due to the popularity of the product, this decision holds a tremendous amount of weight.

“Zantac at one point was actually the highest-selling drug ever,” Price said. “And so for a company to [state], ‘I’m pulling this drug off of the shelves,’ that says a lot.”

While Sonpal wasn’t involved in the decision to pull the medication, he has a few theories as to why stores are exercising an abundance of caution. For starters, “pharmacies don’t want to be responsible for consumers becoming ill over this medication, so they want people to be as safe as possible,” he said.

Additionally, “when impurities are found, even in small amounts, there is a risk that future products can be contaminated at higher levels if not properly looked into,” he explained. Finally, since the news of the contamination came shortly after the FDA recalled other medications for the same NDMA impurity, pharmacies don’t want consumers to take a chance on this medication when “there are affordable alternatives for heartburn.”

Not all Zantac and generic products are affected.

So, if you’ve taken a product with ranitidine recently, don’t be too worried. However, the FDA has advised that patients taking prescription ranitidine who wish to discontinue use talk to their doctor about other treatment options.

“There are numerous over-the-counter medications currently on the market that treat stomach ulcers and/or acid reflux, including Prevacid (lansoprazole), Nexium (esomeprazole), Pepcid (famotidine), omeprazole, pantoprazole and calcium carbonate,” said Shital Mars, CEO of Progressive Care Inc. and PharmCo RX, a private pharmacy in Florida. It’s a good idea to check with a medical professional first if you are concerned about making a switch from your typical medication.

If you are curious if medication you use is affected, there are ways to check and get your money back. Sandoz’s affected lot numbers are found here and patients with affected products can call the company at 1-800-525-8747 or visit its website for more information.

Apotex provided customers with a chart which helps to see if a specific medication was recalled. Customers can also check on their products and return them to the manufacturer by calling 1-800-706-5575 or emailing UScustomerservice@apotex.com.

There are also other ways to treat heartburn. 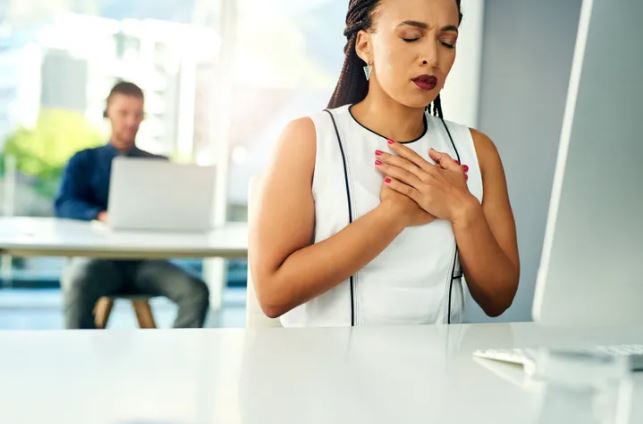 As Mars mentioned, there are other medications designed to treat the condition. Experts also offered these tips if you want to try eliminating heartburn at home:

Identify the source and eliminate it.

“Most cases of excess stomach acid are caused by dietary factors and/or stress,” Mars said. Try to identify the root cause of acid reflux for you personally and eliminate or moderate exposure that food or situational catalyst, which could be anything like spicy foods, tomatoes, chocolate, coffee, alcohol, fatty foods and acidic foods. “This will prevent reliance on antacids for daily living,” Mars said.

Loosen up your clothing.

Heartburn results from the contents of your stomach rising into your esophagus, where stomach acids can burn the tissue. “If clothing is compressing your stomach, this makes matters worse,” Sonpal said. He recommended loosening your belt or buttons, or changing into something with an elastic waist. “Take off whatever is putting pressure on your stomach,” Sonpal added.

“If you are sitting or lying down, stand up. If you are already standing, stand with the best possible posture,” Sonpal said, noting that this helps to put less pressure on your lower esophageal sphincter and can help stop stomach acid from rising into your esophagus. This is why it’s also advised not to eat late at night so you won’t be lying down after a meal.

Smoking is bad for your health for a multitude of reasons, but it can also exacerbate heartburn. “Cigarette smoke makes the muscle that prevents acid from backing up into the esophagus less effective,” Sonpal said.

Chewing gum stimulates saliva production and swallowing. This may then help dilute and clear stomach acid from your esophagus. “If you know you are prone to heartburn, chew gum for half an hour after meals,” Sonpal said.

Rahul Khare, founder and president of Innovative Express Care, an urgent and primary care practice in Chicago, said this can make a big difference in helping your heartburn to settle. It’s also advised that you give your body a break to digest and not exercise immediately after eating.

While Zantac can help to relieve heartburn, other medications can exacerbate it. Run through your list of current meds with your doctor and pharmacist to see if anything you are taking is currently contributing. Common heartburn-inducing drugs include tricyclic antidepressants like amitriptyline and tetracyclines such as doxycycline.