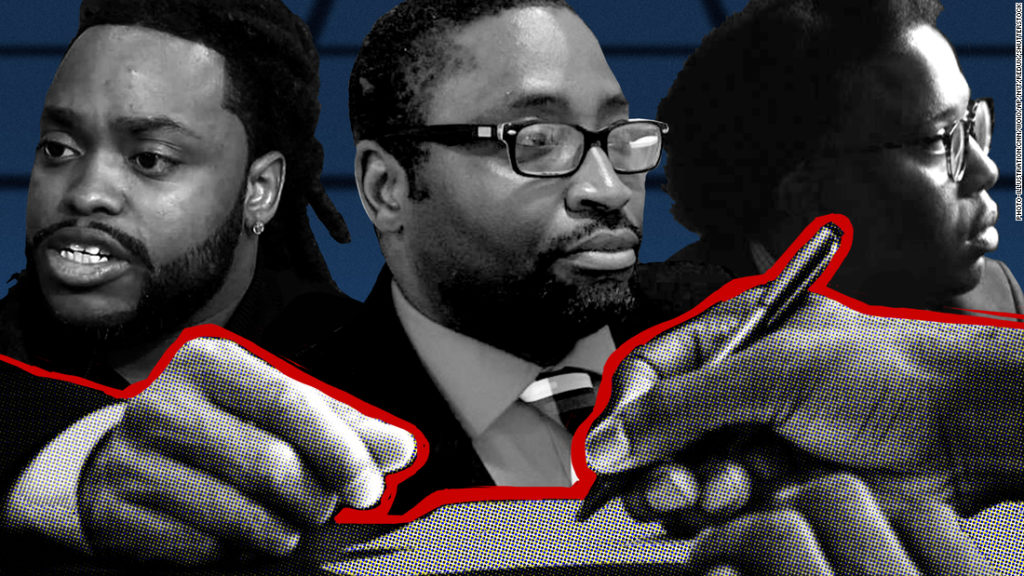 (CNN)–Paul McCowns walked into an Ohio bank clutching his first paycheck from a new job at an electric company. But instead of cashing the check worth about $1,000, the teller called 911.

As he walked out of the Huntington Bank branch in Brooklyn empty-handed, an officer waiting outside handcuffed him and put him in the back of a police cruiser.
“I have a customer here — he’s not our customer, actually. He’s trying to cash a check and the check is fraudulent. It does not match our records,” a bank employee says on a recording of the 911 call obtained by CNN.
For many African Americans, what happened to McCowns in December 2018 is a common experience. Banking while Black is another entry in an ever growing list of people calling the police on African Americans doing everyday things.
No data exists on how prevalent the issue is but such cases have made headlines in recent years. Florida civil rights attorney Yechezkel Rodal said he gets calls from Black people all over the nation after his client sued a bank two years ago. Some incidents end in lawsuits or private settlements with the banks — but many more occur in financial institutions big and small with no repercussions, he said. 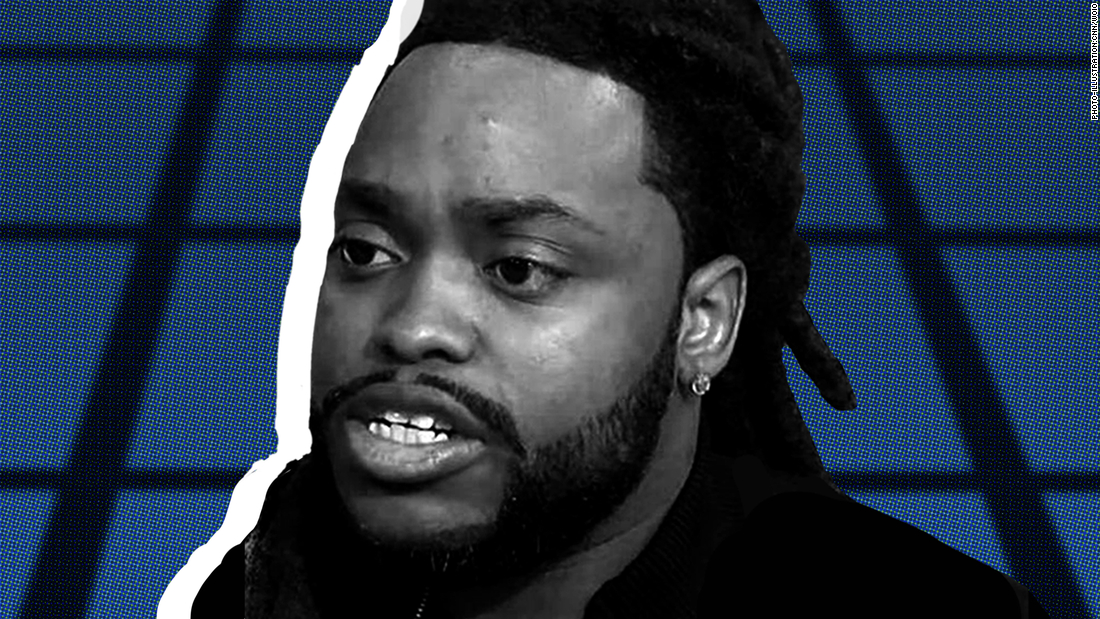 The police finally reached his employer and confirmed the check was valid, and let him go. The bank apologized, saying its tellers were being “hyper-vigilant” after a series of incidents involving fraudulent checks. He later cashed his check at a different Huntington branch with no incidents.
“It was highly embarrassing,” McCowns said at the time. “The person who made that phone call — that manager, that teller — whoever made that phone call, I feel as though they were judging.”

A branch manager used a racial slur against him 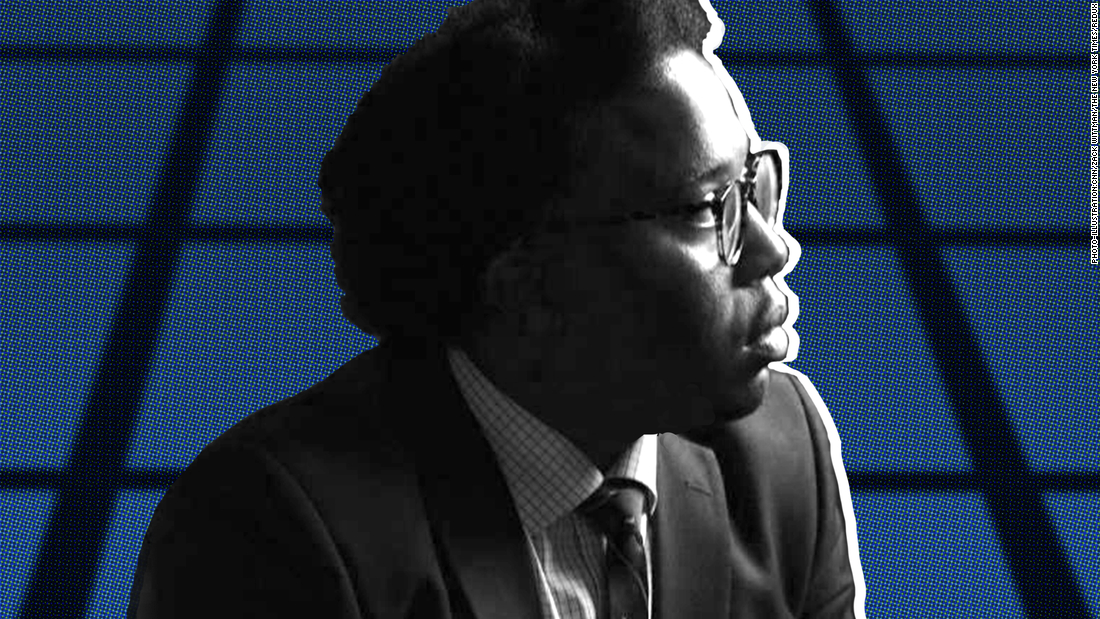 Racial profiling in financial institutions happens often, but most people rarely report it or file lawsuits because such cases are difficult to prove, lawyers said. Others just make their deposits or cash their checks and move on.
But with the growing outcry against systemic racism since the killing of George Floyd, more Black people are sharing their banking experiences. Last month, Florida lawyer and businessman Benndrick Watson filed a lawsuit against Wells Fargo, accusing a bank manager of using a racial slur while he was trying to open an account.
Watson had a personal checking account at the bank, and was at a branch near Tampa to open a business account for his law firm in April last year. While the banker was searching through corporate records, Watson told CNN, he discovered that he owned a record label business and started asking questions.
“It’s almost like they didn’t believe I had a business,” he said.
The teller brought in a branch manager who started going through Watson’s information on his computer. Then the manager suddenly called him a N***er.
“My jaw just literally dropped — I was scared, I said, ‘did he really say that?'” Watson said. “I sat back. He started talking. He started scaring me. It was hard to explain.”
The branch manager apologized, saying he did not mean it and describing it as “a slip of the tongue,” Watson said. He quickly gathered his things and rushed to his car.

“When you go to the bank, your guard is down. You don’t expect to be called a racist word”

“When you go to the bank, your guard is down. You don’t expect to be called a racist word,” Watson said. “I was a customer in this bank. I had been to this bank. It physically hurt.”
Watson said he wants to bring awareness to his case with the hope that it’ll help banks improve their relationships with Black small business owners.
Shortly after the incident, his attorney Rodal reached out to the bank on behalf of his client. The regional manager wrote a letter to Watson apologizing and describing the incident as unacceptable.
“Even though it seems the utterance of the offensive term was unintentional, we understand that it made your client uncomfortable, and for good reason,” the regional manager wrote in the letter provided to CNN by Rodal. “Wells Fargo does not tolerate that kind of language, under any circumstances, and we have taken corrective action against the former branch manager.”
In a statement to CNN, Wells Fargo said the branch manager resigned as the bank was preparing to fire him and is not eligible for rehire.
“We are very sorry and deeply apologize to him for what must have been a horrible experience,” the statement said. “Wells Fargo does not tolerate discrimination of any kind. We look into all allegations of discrimination regarding our customers and employees very seriously and take action to address them.”

A teller refused to deposit his check 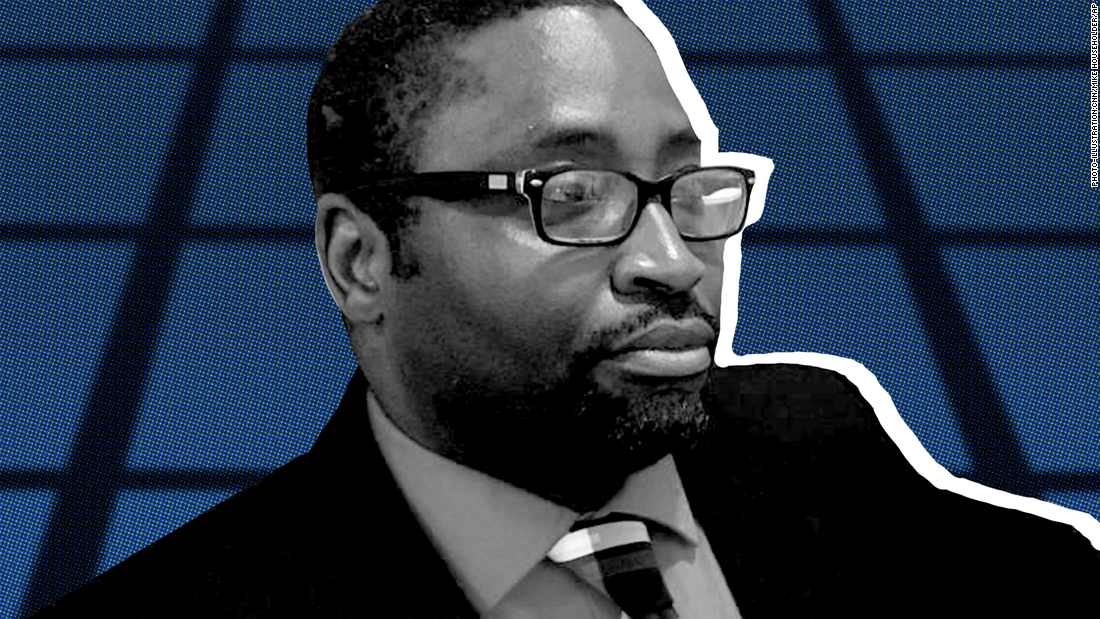 Michigan resident Sauntore Thomas recently reached an agreement with a bank over a racial discrimination lawsuit he filed this year after a teller refused to deposit his checks.
In January, he’d gone to a TCF Bank branch in Livonia to open a savings account and deposit checks from a settlement in a racial discrimination case against his former employer. He had a checking account at the bank.
A bank employee asked how he got the money, and called the police to report that he was attempting to deposit fraudulent checks, the lawsuit said. Four police officers arrived and questioned him.
“Something else was afoot here,” his attorney, Deborah Gordon, said at the time. “And in my opinion there’s only one thing: banking while Black.”
Sauntore went to a different bank, opened an account and deposited his checks without any issues. In a statement to CNN at the time, the bank apologized.
“Local police should not have been involved. We strongly condemn racism and discrimination of any kind,” it said. “We take extra precautions involving large deposits and requests for cash and in this case, we were unable to validate the checks.”
Following the filing of the lawsuit, he has since had a meeting with TCF board chairman Gary Torgow.
“He feels comfortable with their assurances that the incident that occurred was an unfortunate mistake and is not reflective of the way the bank does business,” Gordon told CNN.

The law makes it difficult to seek redress

Since Floyd’s killing by a police officer in Minneapolis and demands for justice and corporate accountability, there are growing calls for banks to address racial profiling.
Racial discrimination has happened at banks for years with limited legal recourse, legal experts said.
The Civil Rights Act of 1964 outlawed discrimination in businesses such as theaters, restaurants and hotels but banks are not on the list, which makes it hard for people profiled in financial institutions to win lawsuits in federal court, according to Gordon, a civil rights attorney.
“This act was written in the middle of the Civil Rights Movement when African Americans were dealing with being unable to sit at a lunch counter, stay in a motel or go to a movie,” Gordon said. “The 1964 act sought to address only these violations that were very much in the public eye. The act needs to be amended but I doubt that it will be.”
Some states have passed measures that address the loopholes. In Michigan, a Civil Rights Act passed in 1976 covers most everything, Gordon added.
Some banks are pledging to make efforts to ensure a welcoming environment for minorities.

“As a company based in Minneapolis, we asked questions at the time about how we could help enact changes to the systemic inequities, socially and financially, that have contributed to what was a recurring tragedy,” US Bank Chief Diversity Officer Greg Cunningham said.
He urged large companies and their leaders to develop meaningful relationships with Black-owned businesses and actively denounce systemic racism.
Wells Fargo said it’s committed to a series of changes including supporting Black businesses to ensure the company’s diversity and inclusion efforts lead to meaningful change.
“All managers will be required to participate in a new live and interactive program specifically designed to tackle today’s challenges,” Wells Fargo CEO Charlie Scharf said last month. “This will go well beyond the current standardized training that is inadequate to the challenge.”
The bank has pledged to use such incidents to train employees and ensure better services.
“The most useful and valuable approach we can take with each customer interaction and our employees is to learn from them and continue to make sure our policies, processes and training support fairness and equity for every customer or noncustomer we interact with,” it said.
TCF has rolled out mandatory unconscious bias training for employees and conducted a review of its policies and procedures to ensure equal treatment of all customers, spokeswoman Randi Berris said.
But as businesses take a hard look at their policies in the wake of Floyd’s killing, some bank leaders admit more work needs to be done to build trust with minorities.