FFH proudly supported Vaxxed: From Cover-up to Catastrophe in 2015.

Thanks to Robert De Niro, the tragedy of vaccine injury and CDC secrecy is getting the kind of attention it deserves.

In 2014, William Thompson, the “CDC Whistleblower”, released a statement from his lawyers claiming that he and other researchers “omitted statistically significant information” from their 2004 study funded by the CDC. The flawed study was used to support their position that there was no link between vaccines and autism.

This study, which was published in 2004, was sanctioned by the CDC because two scandals were causing U.S.parents to question vaccine safety. These two scandals were Andy Wakefield’s 1998 study and a 2000 study by Thomas Verstraeten. The Verstraeten study found no correlation between thimerosal and autism, but is known for it’s changing protocols and internal study findings that have not been shared with the public.

Andrew Wakefield was stripped of his license despite his accuser, Brian Deer, being discredited. Since then, his name has been used as a way to discredit anyone who questions vaccines or the vaccine schedule.

This year, a documentary directed by Wakefiled and produced by Del Bigtree was accepted into the Tribeca Film Festival. Tribeca’s Founder, Robert De Niro, originally supported the film’s showing despite pressure.

“Grace and I have a child with autism and we believe it is critical that all of the issues surrounding the causes of autism be openly discussed and examined. In the 15 years since the Tribeca Film Festival was founded, I have never asked for a film to be screened or gotten involved in the programming. However this is very personal to me and my family and I want there to be a discussion, which is why we will be screening VAXXED.”

“After reviewing” the film “over the past few days with the Tribeca Film Festival team and others from the scientific community, we do not believe it contributes to or furthers the discussion I had hoped for. “The festival doesn’t seek to avoid or shy away from controversy. However, we have concerns with certain things in this film that we feel prevent us from presenting it in the Festival program. We have decided to remove it from our schedule.”

This morning, De Niro made an appearance on Today. He was clearly upset as he tells Today how he feels about the situation.

“[…] I’m so upset here. Today on Today Show with you guys means there is something there. All I wanted was for the movie to be seen. People can make their own judgement. But you must see it.”

Large pharmaceutical corporations have too much influence and are able to censor main stream media, which extends to the Tribeca Film Festival. FFH supported this film, and is glad for the attention that De Niro has brought to the conversation about transparency in government and vaccine safety.

“Andy Wakefield’s new film Vaxxed was slated to premiere at Tribeca in April, but was pulled from the film festival under pressure from sponsors with ties to pharmaceutical companies. Sounds like a big win for Big Pharma, but I’m not so sure. The film is getting decent media attention, and will likely gain more viewers due to the controversy surrounding the censorship.” 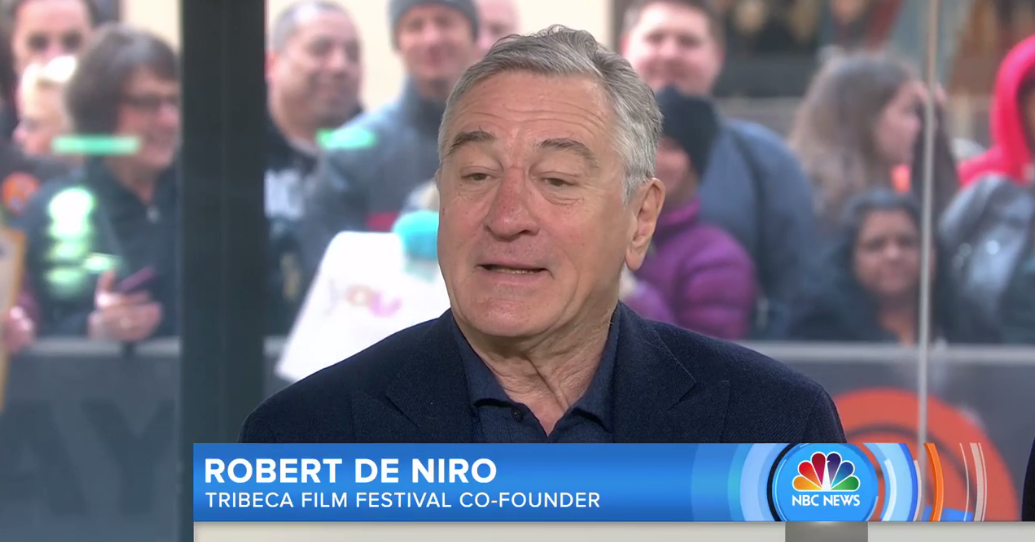